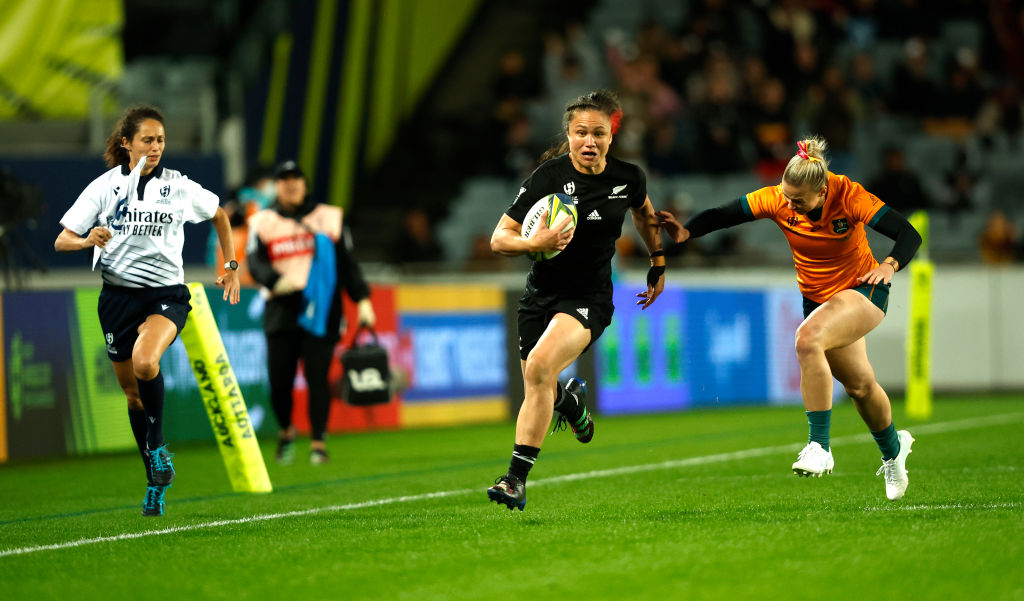 What a weekend it was! The 2022 Rugby World Cup kicked off to record crowds at Eden Park before moving to the Northland Events Center in Whangarei – and the teams produced some incredible rugby.

As expected, France, England and New Zealand won their matches on Matchday 1, although none of these teams had everything to their liking. Then Italy, Canada and Wales emerged victorious on day two.

But who were the most notable performers in the first round? There were some tough decisions to be made building this composite squad from the six matches – let us know your thoughts by emailing [email protected]

Oh, how the Fijians lit up Eden Park in their first-ever Women’s World Cup match. They quickly became fan favorites with their attacking intent and willingness to run from anywhere – and their full-back is the epitome of that.

It was her half-hour break against England that created their first try for Alowesi Nakoci and she looked dangerous every time she had the ball.

Tui was both creator and goalscorer in the Black Ferns’ first victory against Australia.

It was her interaction with Stacey Fluhler on the right wing that kickstarted the hosts’ comeback after they found themselves 17-0 down and she was also involved in the build-up to second and fourth tries, proving a constant threat with the ball. hand (she did 133m and was the only player to break the triple digit mark).

Then she completed an impressive performance by running in two tries in the last 12 minutes. No wonder she was Player of the Match!

Let’s be honest, Fluhler probably would have joined this team just for the sublime offload she produced to set up Portia Woodman’s hat-trick try.

Yet she delivered so much more in New Zealand’s opener, launching attacks through the middle and outside. She beat five defenders in all (only Tui beat more) and had a 100% tackle success rate.

Such a solid midfield presence for Wales. She had a few breaks here and had some deft touches there, but what stood out the most was when the game seemed to drift away from her team, she remained calm and composed – her relationships with the referee were also smart.

And then she backed Keira Bevan to score the winning penalty with the game-ending kick.

There were plenty of impressive wingers on display in Auckland and Whangarei this weekend and Claudia MacDonald can count herself unlucky not to qualify after scoring four tries in England’s win over Fiji.

However, we’re giving the nod to Italy’s Aura Muzzo (though we’re moving her from left wing to right wing in this ‘dream team’). Not only did she score two tries in Italy’s 22-10 win over the United States, but she also stood out in defence.

There was a moment in the first half when Alev Kelter looked set to rack up a steamy header when collecting a punt kick, but Muzzo, despite the massive height difference, stopped it. in its tracks.

First, she led the Black Ferns in a moving haka – if you haven’t seen it yet, check out our Day One Highlights because it’s special. Then she led her team to a comeback victory against the Wallaroos.

This display was not so much about producing the spectacular, although his break to set up Portia Woodman’s second try would have had bums on the seats, but about being the constant, soothing influence of the half-butterfly. And its distribution is perfect.

We may have found our new favorite player! Yes, Abe was part of a team comfortably beaten by Canada, but what an impression she made in the 65 minutes she was on the pitch.

We’re used to seeing Japan’s men’s scrum-half with a quick and smooth delivery from the base and the same goes for Abe for the women. She completed 51 passes in the game – 21 more than her counterpart Brianna Miller, who deserves honorable mention here – but, perhaps more notable, was the fact that she was Japan’s second-best tackler with 13.

She may only be 4-foot-9 and 8th 5-pounds (perhaps the shortest player at this World Cup), but she has a big impact. As her coach Lesley McKenzie told us afterwards: “She worked on her understanding of how to influence a game on offense and defense. She is aggressive in contact and with the ball in hand.

It was a disappointing day for the Eagles, with a faulty line-up meaning they couldn’t build a platform in their game against Italy, but Rogers was someone who kept fighting for every scrap of grass .

She made more tackles than anyone else on the pitch – 19, with no misses – and also won the most turnovers, with four.

The driving maul was something of a feature of the weekend, with Canada and England particularly masters of the craft.

It was Tuttosi who reaped the rewards of Canada’s excellence on set pieces (they were 100% successful in the lineout and scrum against Japan). The prostitute finished two tries off the back of a rolling maul in the first half and scored her hat trick early in the second by digging in from close range after a series of pick-and-gos down the line.

It probably seems strange to us to bring in a player from a South African team that was heavily beaten by France, especially when no French player has been selected, but we thought that the work rate and physique brought by the Boks to the opening game of the tournament deserved recognition. Especially when they have been competitive for such a long period of play (France only escaped in the last 15 minutes).

Latsha and her fellow forwards caused France a lot of problems in the scrum and the contact zone. And she played the full 80 minutes – a rarity for a first-time rower in the modern game.

The Red Roses’ maul is such a destructive attacking weapon – it’s played a part in a handful of their 14 tries – and Ward is at the heart of it.

She won eight lineouts against Fijiana, made 13 tackles with a 100% success rate (only second-row partner Zoe Aldcroft has done more for England) and scored a try. Dominant.

Promoted from the bench after a late injury to Giordana Duca, she may have wanted to prove why she should have been in the starting line-up originally – and she certainly did!

One of Italy’s top tacklers, she helped keep the United States on the back foot and also proved to be a powerful carrier, making yards into tight spaces.

She eventually found herself on the losing side, in heartbreaking style once again for Scotland, but Malcolm delivered a true captain’s performance.

As well as an incredible 24 tackles, she was part of a field that ripped Wales apart in the scrum and second-half maul at the Northland Events Center as their forward dominance helped them equalize at the last minute, only to be beaten by a penalty when the clock was in the red.

After fumbling for an early restart against Fiji, the Red Roses flanker recovered quickly and barely made a mistake for the rest of the game.

She beat more defenders (five) than any other forward, made ten tackles, set up Helena Rowland’s try with a brilliant break and consistently pressed on the breakdown.

Italy’s Giada Franco and Wales’ Alex Callender challenged for that shirt on matchday two, but Kabeya had done just enough to hold on to the spot.

Carrying out a family legacy by following both of her parents as captain of Canada to a Rugby World Cup, the No.8 has also proven what an exceptional athlete she is.

The back rower has an incredible skill set – seconds after throwing a conversion, she would be showing pure athleticism to win a restart. On offense, she made more yards (105) than any other player on the field while on defense, only Sara Kaljuvee made more tackles for Canada. A real all-rounder.

Head to our Rugby World Cup hub page for all the latest news from New Zealand.

Download the digital edition of Rugby World directly to your tablet or subscribe to the print edition to receive the magazine at home.