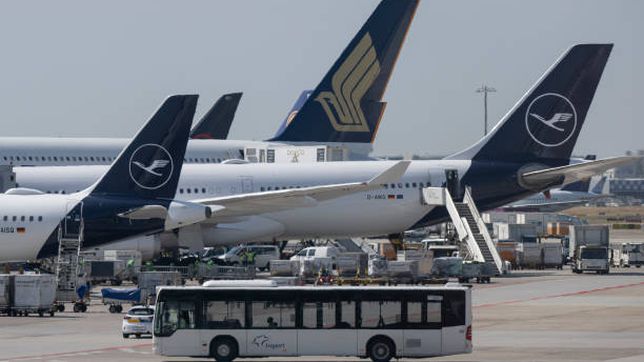 Every day, millions of people take flights around the world, whether for leisure or work. Although the industry has taken a blows during the covid-19 pandemicit is experiencing a boom now that restrictions have been largely lifted across the world, as Heathrow has asked airlines not to take more bookings this summer due to overcrowding.

Flying is a quick and safe way means of transport used by billions of travelers in all parts of the world. However, there will always be myths and legends surrounding flight, some that are true and some that are fanciful. One of these curiosities concerns the 13th row of an airplane.

In many cultures, the number 13 is associated with bad luckthis is why many airlines prefer to avoid stirring up superstitions among their customers and have chosen to remove the number from their seat plans. The irrational fear of the number 13 is known as triscaidekaphobia. One of the few airlines to have chosen not to remove the 13th row from their fleet is the American carrier Alaska Airlineswhile Lufthansa also avoids number 17 in a nod to its Italian passengerswho also associate this number with bad luck, according to SkyScanner.

From bottom to top

Among other curiosities surrounding the flight, it is commonly accepted that at altitude and with a lack of oxygen on board, the consumption of alcoholic beverages can affect us more quickly. However, various studies have shown that there is actually not much difference between drinking on the track or at thousands of meters in height.

Nor is it true that airlines avoid flying over an area that has provided some of aviation’s greatest historical mysteries: the Bermuda Triangle. Not least because the only viable solution alternative for some routes is to make a detour of around 3,000 kilometres. As for the crew members, they must be at least 1.57 m tall to be able to reach the upper compartments of the aircraft, which are at a height of 1.80 metres.

Planes go through all sorts of stress and safety tests, and one of those concerns exposure to lightning in the middle of a storm: almost most aircraft receive at least one hit in a calendar year. However, the last accident caused by a lightning strike took place in 1967testimony to the safety and security of modern aircraft.