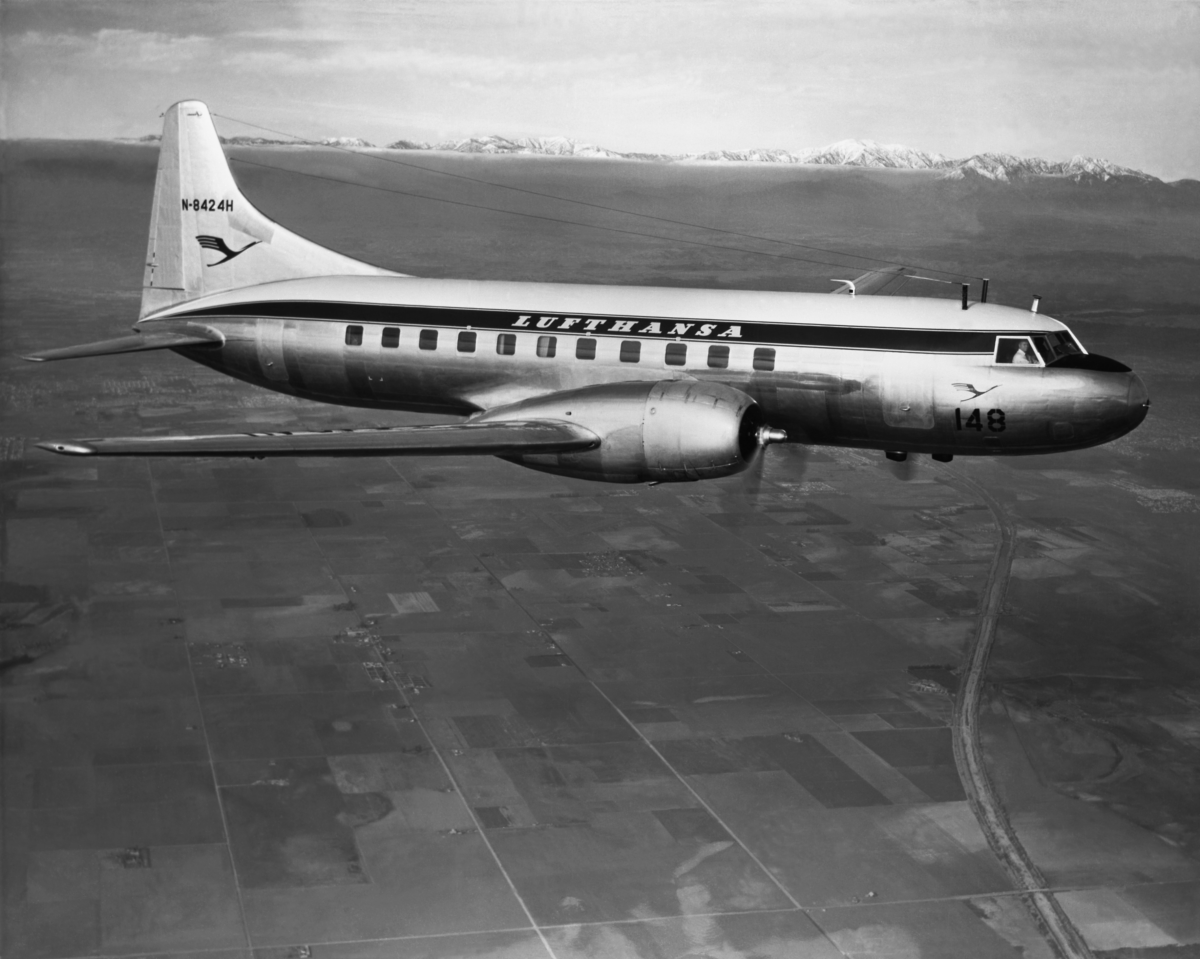 
Lufthansa is the largest airline in Germany and, when considered as the Lufthansa Group, it is the second largest airline in Europe (after Ryanair). It does not have as long a history as some historic airlines, for example KLM or Air France. The airline as we know it today didn’t start flying until 1955, many years after the Nazi defeat in Germany.

Germany, of course, had a national airline before WWII. Deutsche Luft Hansa AG was established in 1926, following the lifting of restrictions imposed by the Treaty of Versailles. It operated from Berlin, both nationally and in Europe. It extended its services to China and the Americas in the early 1930s.

Civilian flights ended with the outbreak of World War II in 1939 and the planes were transferred to military control. After the Nazi defeat, operations ceased. During the Allied occupation of Germany, the Deutsche Luft Hansa was dissolved.

Creation of the new Lufthansa in 1953

Efforts to restart the airline began in 1953. “Aktiengesellschaft für Luftverkehrsbedarf” (Luftag) was founded in Cologne in January 1953, but it did not start its services immediately. In August 1954, it purchased the name and other intellectual property rights of the original liquidated Luft Hansa airline and became known as “Deutsche Lufthansa Aktiengesellschaft” (Deutsche Lufthansa Stock Company.

The new Lufthansa began flights in 1955. Its first aircraft were two Convair CV-340s, and these served several German cities (including Cologne, Hamburg, Frankfurt, Munich and Düsseldorf) from April 1, 1955.

International flights started soon after the founding. During his first month of service, he took delivery of his first Lockheed Super Constellation and began serving New York in June 1955.

And service improved soon after as Lufthansa quickly entered the jet age. The airline introduced the Boeing 707 in 1960. With this, it moved its main base from Hamburg to Frankfurt (and installed jet maintenance facilities there). The 707s were quickly put into service on the Frankfurt-New York route, which today remains a flagship route of the airline.

Lufthansa only served Berlin in 1990

Frankfurt has long been Lufthansa’s main hub, as it still is today. To many, it may seem strange that the airline is not based in the capital, Berlin, as is often the case with most airlines. It’s even stranger when you consider that Lufthansa only served the city for the first time in 1990.

The reason was the status of Berlin after World War II. After the war, the city (although in East Germany) was divided into areas controlled by the Americans, Russians, British and French. Since 1945, the United States, the Soviet Union, Britain and France have been allowed to visit Berlin, but not Lufthansa, based in West Germany.

After the reunification of Germany in 1990, Lufthansa was able to operate from and to Berlin for the first time. Its first scheduled flight to Tegel Airport was on October 28, 1990, about a month after reunification. The flight was operated by a Lufthansa Airbus A310 registered D-AIDK.

Tegel remained well served by Lufthansa for the next 30 years, until it closed in November 2020, with operations moving to the new Brandenburg Airport.

Would you like to share more details or thoughts on the founding and early days of Lufthansa? Let us know in the comments.