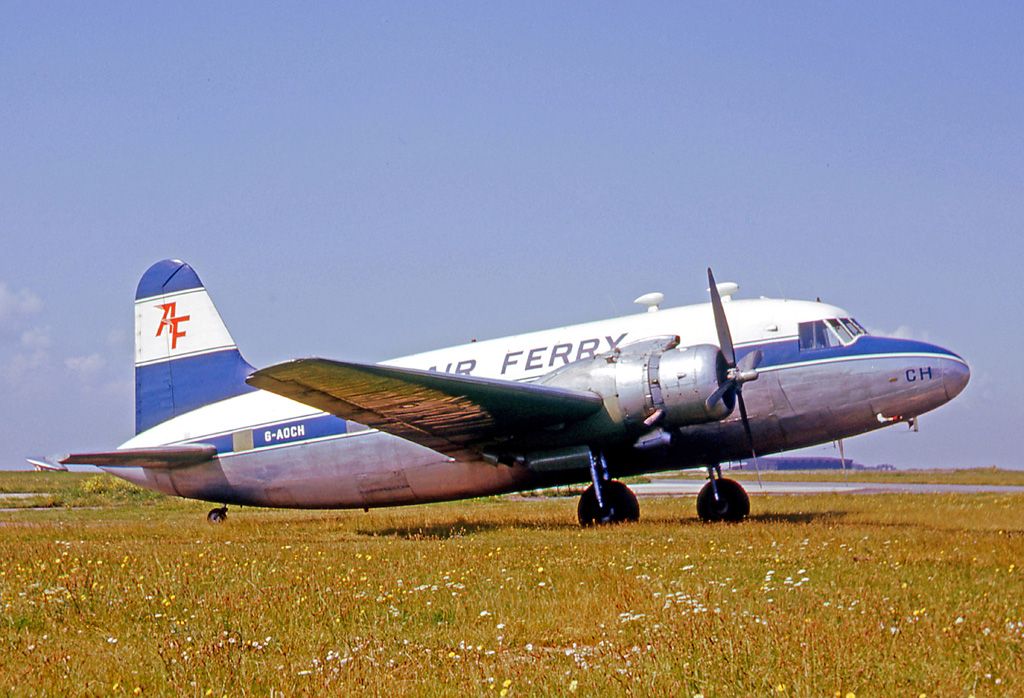 Air Ferry Limited was a charter airline based in the United Kingdom from 1963 to 1968. The airline operated scheduled and charter services from its base at Manston Airport in Kent, which has been closed since 2014. In addition to flights passengers, Air Ferry Limited also operated cargo flights to its destinations.

Air Ferry Ltd was founded in 1961 by Wing Commander High Kennard, a former director of Silver City Airways and Lewis Leroy, the founder of Leroy Tours. The company was founded as a subsidiary of Leroy Tours to operate charter flights and inclusive tours (IT). Included tours are actually package holidays and include transportation to and from the destination, as well as transportation at the destination, such as a car rental service.

In 1968, Air Ferry further expanded its operations by acquiring two VIckers Viscount 800 aircraft. In the same year, Air Ferry expanded to passenger and cargo flights from Manston, London, Bristol and Manchester. However, after the 1968 summer season, Air Ferry had to cease operations. On October 31, 1968, Air Ferry announced that it had ceased all trade.

Air Ferry has not suffered many disastrous accidents during its six years of operation. However, he had two major incidents with casualties. The first occurred on January 21, 1967, in which a Douglas C-54 Skymaster registered G-ASOG crashed into trees while on approach to Frankfurt (FRA), Germany from Manchester (MAN) , in England, at night, killing the two crew members. members.

The second incident occurred the same year, on June 3. An Air Ferry Douglas C-54 Skymaster registration G-APYK was flying from Manston, England to Perpignon, France when it struck the Canigou during its descent, killing all 88 people on board. The cause of the crash was determined to be crew carbon monoxide poisoning due to a faulty cabin heater, causing the crew to become disoriented.