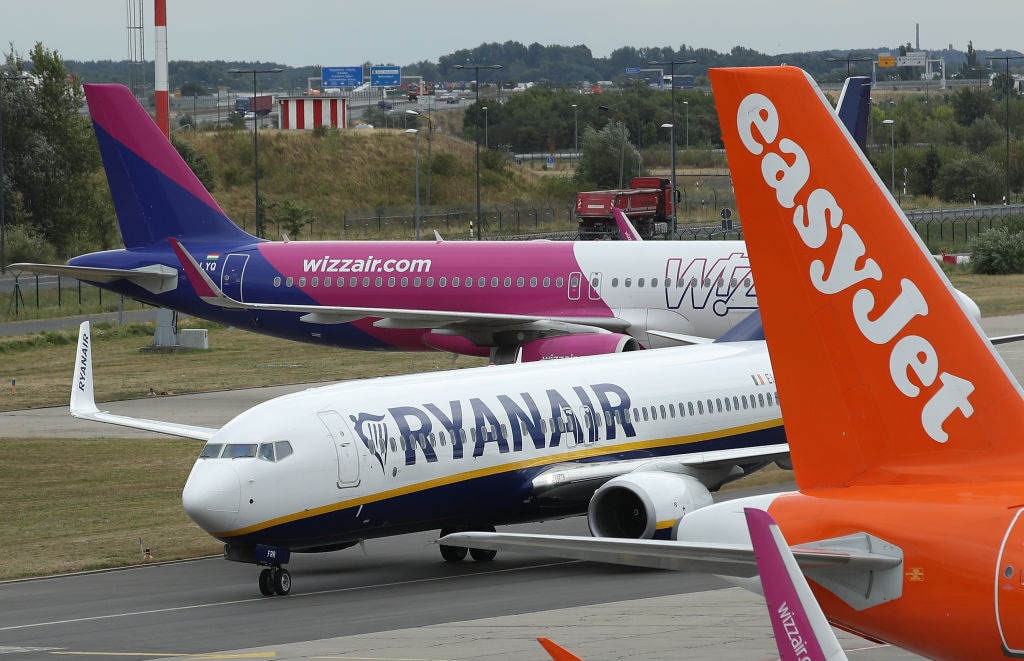 What are phantom flights and what’s the debacle around them?

EasyJet chief executive Johan Lundgren told investors this morning the airline was in favor of airport slot rules returning to “a standardized delineation”, saying the carrier would not be forced to operate phantom flights to keep its slots.

“We must remember that the reason why [governments] making these exceptions was because restrictions were in place and the airlines could not operate the required capacity,” he added. “If they remove the restrictions, there’s really no reason why they can’t go back to the normal set of rules around it.”

“It’s mostly traditional airlines that are pushing for this across Europe. You need to ask them why they think they need to put them in place when the restrictions are removed.

What do ghost flights have to do with airport slots?

Lundgren’s comments mark the latest installment in the ghost flight and airport slotting debacle that has pitted low-cost carriers against traditional airlines and aviation against environmentalists for some time.

The debacle began in December when Carsten Spohr, chief executive of aviation giant Lufthansa, told German newspaper Frankfurter Allgemeine Sonntagszeitung that the airline had been forced to operate thousands of half-empty flights – also known as ghosts – just to keep its slots under EU rules.

“Due to the drop in demand in January, we would have even canceled many more flights. But in winter, we will have to make 18,000 unnecessary additional flights, just to secure our take-off and landing rights,” he said.

Introduced to foster healthy competition in the market, airport slot rules in the EU required airlines to use their airport slots 80% of the time to keep them the following year.

When the pandemic hit, the European Commission decided to abolish the rule altogether to help the sector, but as the industry slowly started to get back on its feet, usage levels were gradually increased to 50%.

“For this winter season, we have reduced slot requirements from 80% to 50%, which means that currently airlines will only have to use 50% of a given series of slots to preserve their rights,” a European Commission spokesperson told City AM on January 12.

In December, the commission decided to extend the relief, increasing the percentage from 50% to 64% from March to October.

“The solution to Lufthansa’s ‘ghost flight’ problem is simple – just sell those seats to consumers,” O’Leary said while urging the commission to ignore the airline’s claims. “Lufthansa loves crying crocodile tears over the environment when it does everything possible to protect its slots.

“If Lufthansa doesn’t want to operate ‘ghost flights’ to protect its slots, just sell those seats at low prices and help accelerate the resumption of short and long-haul air travel to and from Europe.”

O’Leary’s comments were reiterated a day later by Wizz Air chief executive Jozsef Varadi, who said traditional airlines should not keep their slots if they cannot use them.

“Why are they protected for the benefit of the old carriers,” he told Reuters. “It’s a way to further distort the market by allowing access to certain airlines at the expense of others who could actually do more there, more efficiently.”

The phantom flights have also drawn criticism from environmentalists, as they are said to have become a main source of pollution.

According to a recent analysis by Greenpeace, EU ghost flights could generate up to 2.1 million tonnes of CO2 this winter.

“It would be irresponsible for the EU not to take the low hanging fruit of ending ghost flights and banning short-haul flights where there is a reasonable rail connection.”

In the UK, a petition calling on the UK government to end ghost flights by changing landing slot rights has been signed by over 6,700 people.

“Airlines have been flying empty planes to keep their landing slots. These ‘ghost’ flights are a shocking waste of resources and an unnecessary source of emissions,” the petition read. climate emergency, we need to drastically reduce our consumption of fossil fuels, and in the context of our ever-shrinking carbon budget, it’s unbelievable that airplanes are flying empty.”

EasyJet remains optimistic about 2022 as UK spearheads growth in bookings

German Masters: ‘Will I ever win another title? – How Berlin inspired Ronnie O’Sullivan’s glorious revival ten years ago