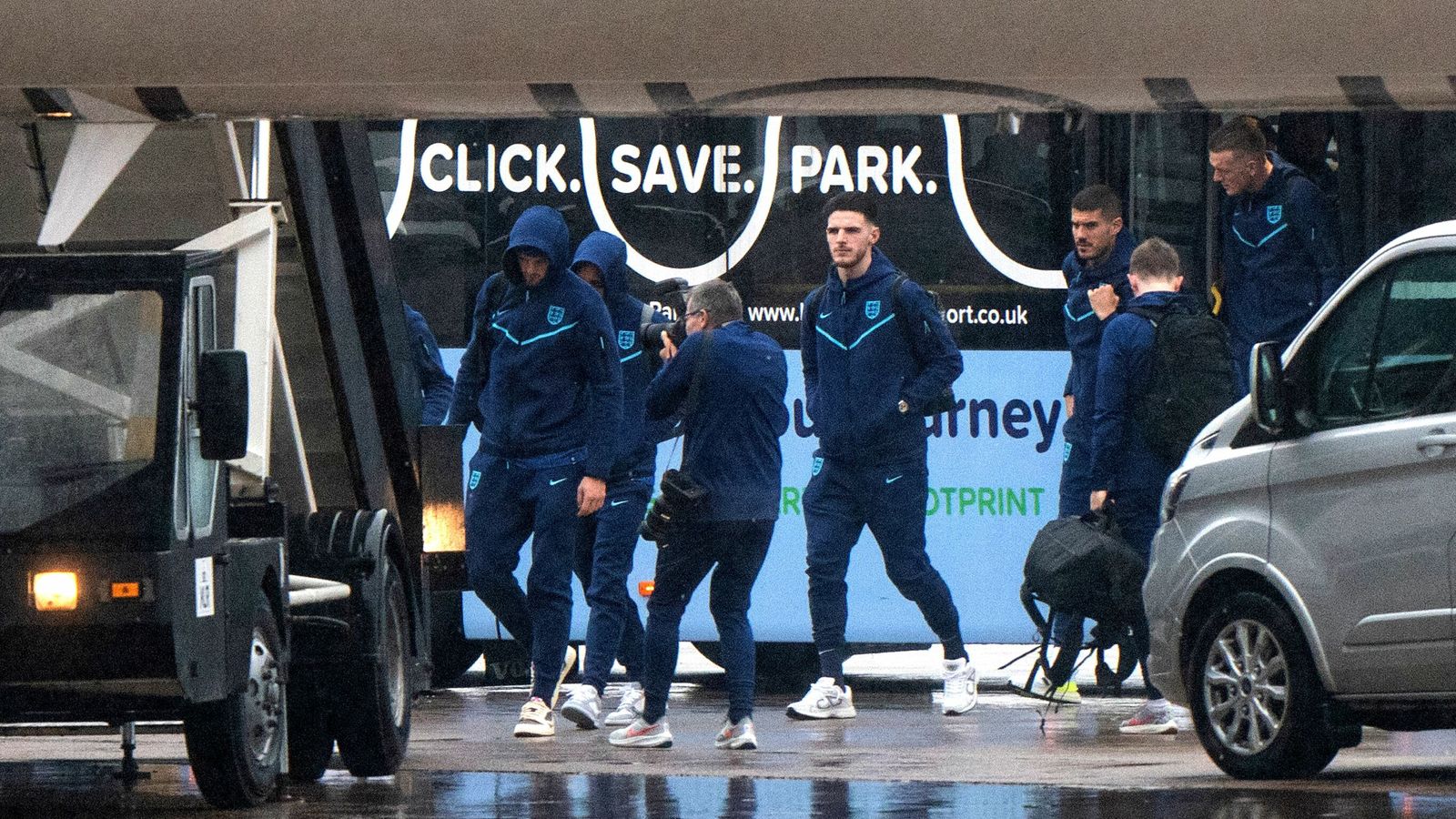 The airline said the decision followed a “risk assessment … taking into account laws and attitudes towards the LGBTQ+ community and expressions of identity”.

Homosexuality is illegal in Qatar under Islamic Sharia, and the conservative country’s treatment of LGBTQ+ tourists attending the tournament has raised concerns.

England World Cup The team left their headquarters at St George’s Park to travel to Qatar on Tuesday.

Their flight from Birmingham is believed to be on an Airbus A350 called ‘Rain Bow’ – a symbol of LGBT+ pride.

In a statement, Virgin Atlantic said: “We are proud that our gender identity policy allows our employees to express themselves through uniform choice.

“Following a risk assessment, it has been recommended that the policy not be enforced on today’s charter flight to ensure the safety of our staff.”

Virgin Atlantic introduced a “fluid” approach in September, allowing staff to wear their red or burgundy uniforms depending on “how they identify or present themselves”.

A World Cup ambassador in Qatar recently described homosexuality as “a damage to the spirit”. Khalid Salman told a German public broadcaster that being gay was “haram”, which means forbidden in Arabic.

England skipper Harry Kane is one of several national captains who plan to take part in the ‘OneLove’ campaign during the tournament. Players will wear a rainbow colored armband to campaign against discrimination.

Wales also made the trip to Qatar on Tuesday for the country’s first appearance at the tournament in 64 years.

Jets of water were thrown at the Wales team plane as it took off from Cardiff Airport.

Wales and England are in the same group for the tournament and will play each other in two weeks.