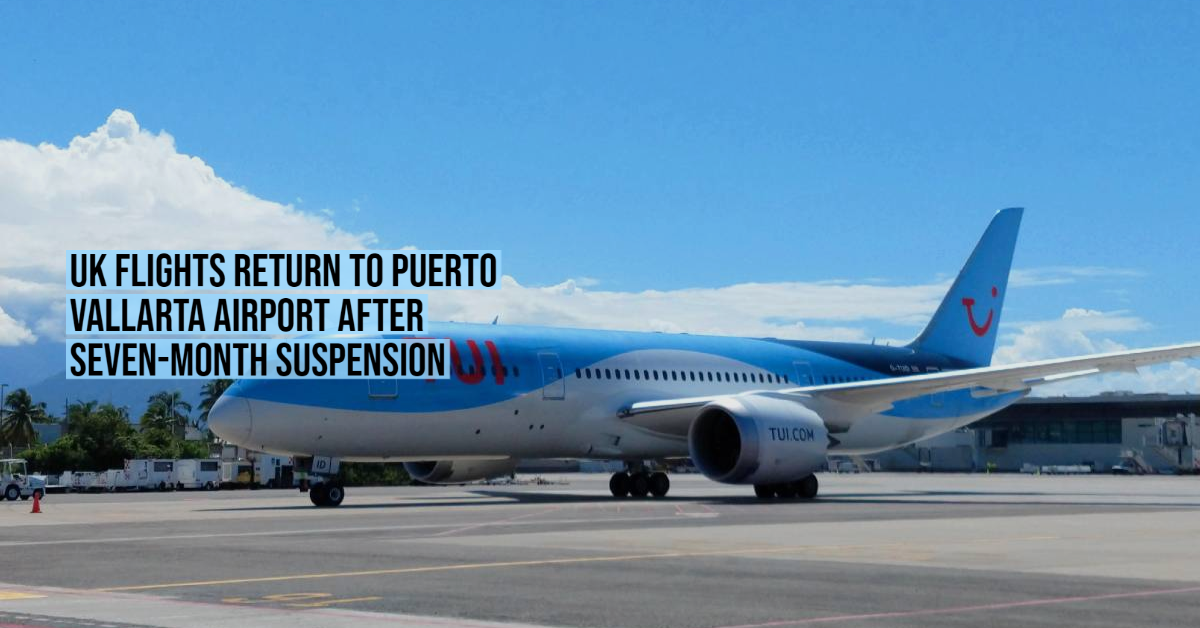 TUI Airways will resume flights to the Puerto Vallarta / Riviera Nayarit region from November 2021, after seven months of no air connectivity between Mexico and the UK due to the Covid-19 pandemic.

British authorities on October 7 announced their decision to remove several countries from their red list of travel restrictions, including Mexico, which has led British airlines to decide to fly again to the country’s main beach destinations.

The first TUI flight from Manchester, England arrives on Wednesday November 3, with one flight per week. Likewise, from November 25, a flight from London Gatwick Airport is expected to arrive every week.

However, it is important to note that Mexicans cannot yet travel to England, although travelers from Mexico can return, subject to specific conditions.

According to Marc Murphy, Executive Director of the Convention and Visitors Bureau (CVB) of Riviera Nayarit:

“This is certainly great news, and it sets a crucial precedent for re-establishing flights with Europe after they were suspended in March of this year due to the pandemic.

It should be noted that since 2014 and before the pandemic, TUI Airways operated two direct flights from London and Manchester, with 250 passengers each on average, with two weekly frequencies.

TUI Airways is the third largest UK based airline in terms of total number of passengers carried.

The Federal Ministry of Tourism has informed that, according to the official airline guide, in the last quarter of 2021, TUI Airways and British Airways had 365 scheduled flights to Puerto Vallarta / Riviera Nayarit, Cancun and CDMX, for a total of 110,992 planes. . seats.