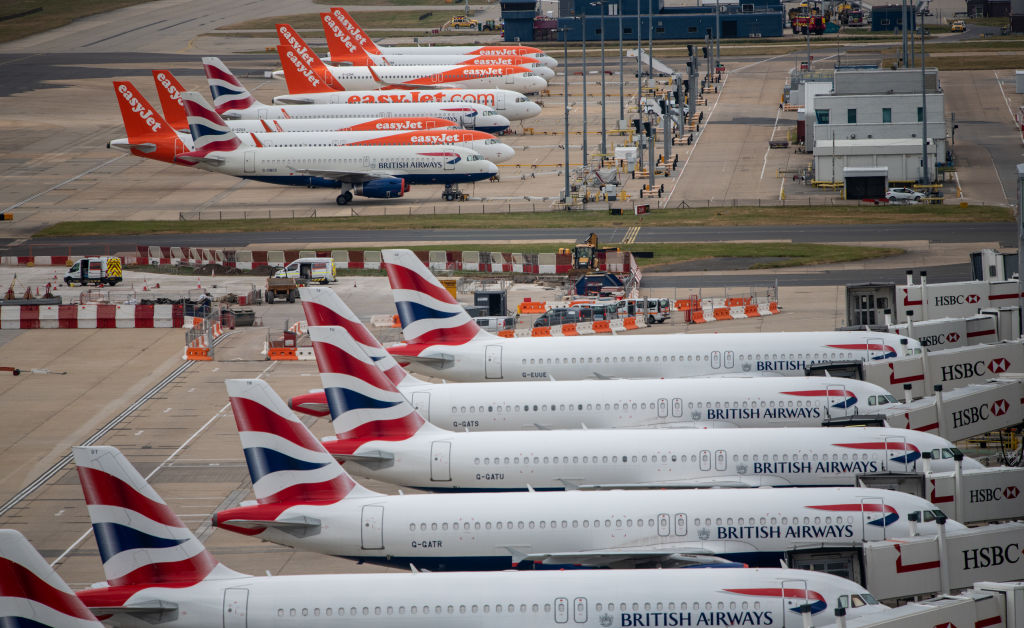 
British airlines have been the slowest in Europe to recover from the coronavirus pandemic, according to new figures released tonight, as travel restrictions continue to hammer the industry.

According to the all-parliamentary group on aviation of the future, the number of air passengers in the UK is down 89% from 2019 levels, behind the continental average of 78%.

The figures, which were provided by Airports Council International Europe, show Britain lags behind key rivals such as Germany and France, as well as southern European countries like Italy and Spain.

They come amid the industry’s continued outcry over current government restrictions, which have restricted free travel to all but a small handful of countries.

A few more countries, including vacation hotspots the Balearic Islands, will join the travel ‘green list’ tomorrow, but travelers also risk being thwarted by an Angela Merkel-inspired push to ban all unvaccinated Britons of the EU.

So far, a number of countries, including Germany, Italy, Portugal and Malta, have imposed mandatory quarantines on Britons who have not been fully vaccinated.

Commenting on Henry Smith, MP, APPG Chairman for the Future of Aviation, said the restrictions risked wasting the benefits of the UK’s ‘world-class’ vaccination program.

“It challenges the idea that we continue to prevent our aviation, travel and tourism industries from a safe and proper restart, as we are seeing across Europe. These figures underscore that the promised reboot for international travel is nothing more than another false dawn for an industry close to breaking point.

“Far from benefiting from our world-class vaccination program, UK aviation continues to be held back by an overly cautious approach which not only wastes our vaccine dividend, but places UK plc at a significant competitive disadvantage compared to our European neighbors .

He said that from July 19, anyone who has been doubly vaccinated should no longer be subject to quarantine requirements upon returning from “Amber List” countries.