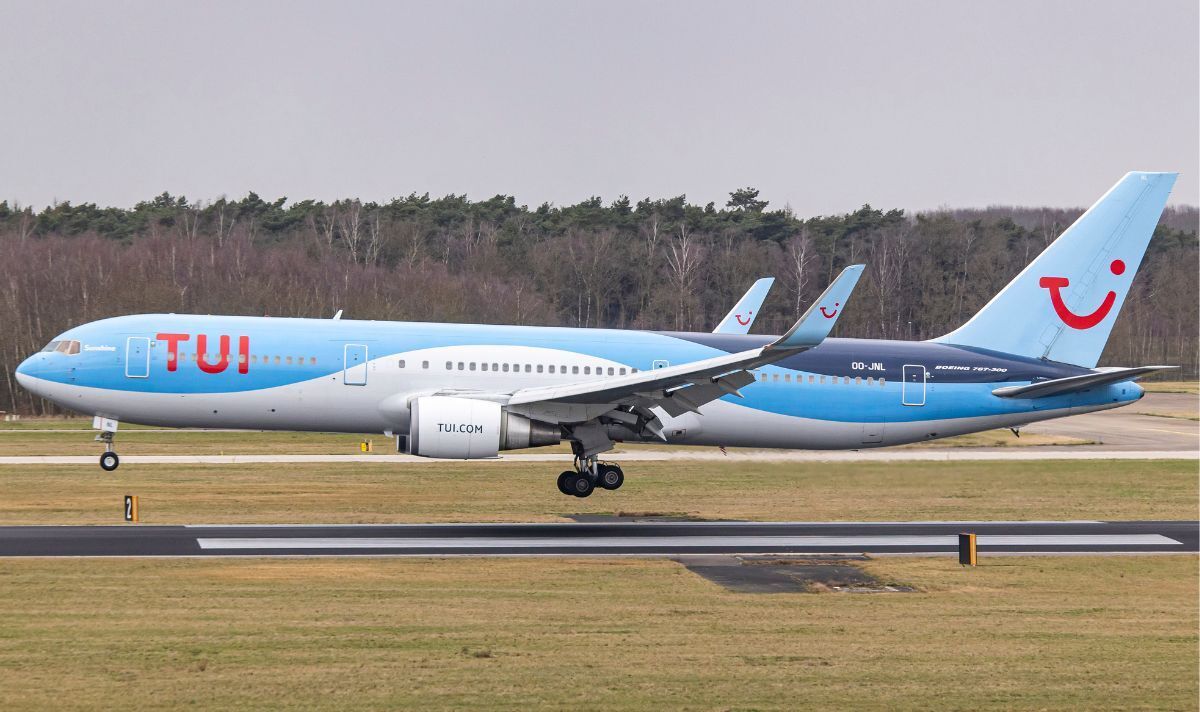 A TUI passenger who missed two days of her holiday in Tenerife has slammed the airline after her flight was delayed by 30 hours. Chantel Starke and her partner were due to fly out of Birmingham Airport on September 2 at 6.20am.

Despite being told at one point that her flight was ready to board, she recounted how they did not board the plane until lunchtime the following day, Nottinghamshire Live reports.

Ms Starke, who lives in Beeston, Nottinghamshire, claims passengers were transferred to a shuttle only to be told the flight had been canceled due to ‘lack of fuel’.

She said they were given no food or drink for four or five hours as people waited to be told what to do.

Around noon, Ms Starke said the passengers were taken to the nearby Hilton hotel, where they remained until a flight was scheduled for the following day.

She and her partner finally arrived in Tenerife around 7:30 p.m. on September 3.

She says they then received emails from TUI telling them they were entitled to compensation – and that they filed a claim.

However, a day after their claim was filed, Ms Starke said the couple had received another email saying they were not entitled to any compensation.

Ms Starke said the ordeal was “absolutely awful” and that she and her partner were “left in the dark” by TUI.

“And we were told initially that there would be a 60-90 minute delay with boarding due to operational issues with the plane and that they would get it fixed.

“And then two or three hours passed and we hadn’t heard anything, then they said ‘ok get on the shuttle that takes you to the plane, the plane is ready for you now’.

“So we all got on and were there for about 15 minutes sitting in that bus.

“They then got us off the bus and told us the flight was cancelled.

“There were people there with children and they weren’t giving out food or water.

“So the police came in, took us out and we were taken to the Hilton hotel area but were told we had to pay for our own food, drinks and everything.

“We weren’t told until that night when our next flight would be, which would be the next morning and that they would pick us up at 7am sharp.

“We didn’t fly out until just after lunchtime, but even then there was an hour delay.

“It was awful, it was absolutely awful. So we arrived in Tenerife, me and my partner, around half past seven in the evening, so we had missed two days of our holiday now.

“We were getting tons of emails saying ‘you are entitled to compensation, you were delayed for a total of 30 hours’.

“We were promised vouchers and all kinds. So we filed our claim, two days after we arrived, and then the next day we got an email saying ‘you’re not entitled to anything’.

“Apparently it was due to lack of fuel or something. But at some point they said the plane was ready for boarding.

“How can a plane be ready for boarding and then all of a sudden run out of fuel? It just doesn’t fit.

“You can’t give someone money for missing two days of vacation for which they paid around £2,000.”

The holiday was the first time Ms Starke has been away without her family – and she said she was ‘gutted’ with confusion.

“I actually cried, I was so drained. You just don’t think this is going to happen to you. You see it all over the news, but you think ‘no, not a chance’.

“The communication throughout was absolutely atrocious, it was so bad, and we were just left in the dark.”

TUI said the delay was due to a fuel shortage due to international supply chain issues.

And airline officials said that meant customers were not entitled to compensation because the accident constituted “an extraordinary circumstance”.

However, the airline said Ms Starke would receive a refund for days missed from her holiday.

A TUI spokesperson said: “We fully understand the frustration felt by Ms Starke and would like to apologize for the miscommunication regarding her compensation claim.

“Unfortunately the plane was delayed due to a fuel shortage at Birmingham Airport due to international supply chain issues.

“Under EU Regulation 261/2004, this constitutes an extraordinary circumstance and unfortunately customers are not entitled to compensation.

“Guests were updated throughout, and overnight accommodation and transportation was provided for those unable to return home.

“We are sorry to Ms Starke for the confusion and can confirm that she will receive a refund for the days missed on her holiday.”

Emirates and Lufthansa celebrate the return of Oktoberfest