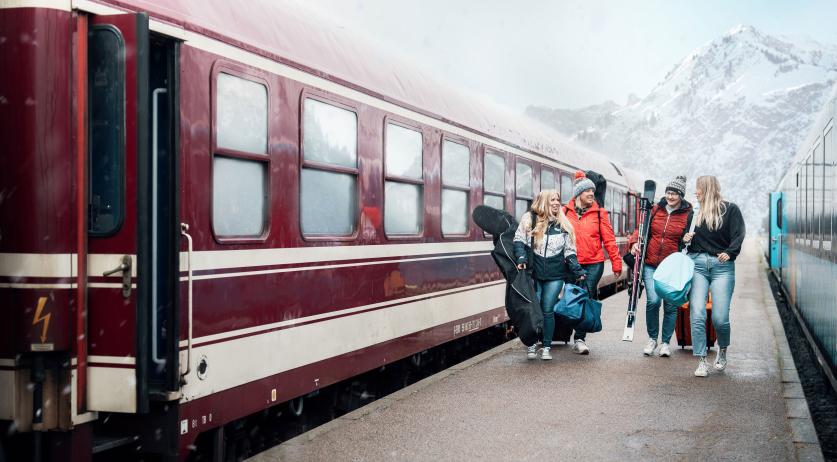 Good news for winter sports enthusiasts: TUI will launch an overnight train to Austria in time for the next ski season as part of an extension of its current collaboration with GreenCityTrip. The TUI Ski Express will run every Friday to Austrian winter sports destinations between December 23 and March 31, TUI announced.

The TUI Ski Express will depart from Amsterdam and travel directly to Austria via Utrecht. The train enters Austria at Wörgl, where it then continues to Tyrol or Salzburg, stopping at various popular winter sports resorts, such as Gerlos, Kirchberg, Niederau, Soll, Zell Am See and Westendorf.

“You leave on Friday evening and wake up in the mountains on Saturday morning,” TUI said. And you can go skiing immediately, not only because you arrive well rested, but also because a TUI Ski Express ticket includes a ski pass. While bulky winter gear often drives up the price of a plane ticket, the travel operator has pledged not to pay extra baggage fees for the train journey.

According to TUI, there is great interest in an overnight train to winter sports destinations. Research with TUI customers has shown that only 8% now travel by train to their winter sports destination, but 87% would be interested in doing so. The main reasons for this interest are convenience, comfort and durability. “The train is a great alternative means of transport for a number of destinations. Above all, holidaymakers want a comfortable and easy journey, it is up to us to reconcile this,” said Arjan Kers, Managing Director of TUI Netherlands. .

Customers can book tickets on the Ski Express via the TUI website. Ticketed holidays include sleeping compartment arrangements with fixed or folding beds in different class levels. Reservations can include a private or shared compartment. Trips last 10 days, including train travel, with seven nights at the hotel, and a six-day ski pass is included in the price.

TUI is already working with GreenCityTrip to offer trains from the Netherlands to Copenhagen, Florence, Milan, Prague, Venice and Vienna. “After the start of a successful collaboration at the beginning of the summer, we are very happy to launch winter sports by night train on the market with TUI. We are convinced that there is a lot of interest, a great partner like TUI means that together we make it accessible to many winter sports enthusiasts,” GreenCityTrip representatives said in a statement.