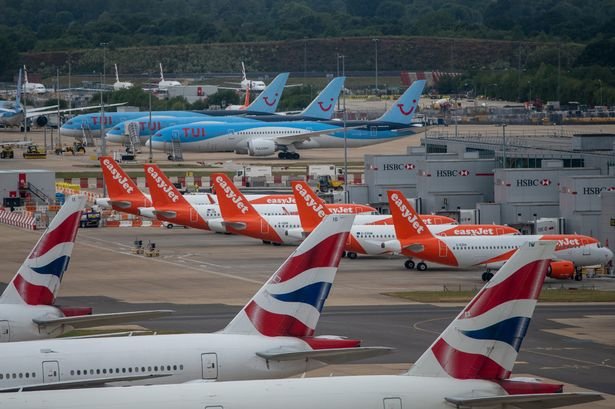 
Tui, Jet2 and easyJet are pressuring the UK government to “expand the green list”.

It comes as Spain defended its decision to open up to British tourists despite the unveiling of stricter rules by France and Germany.

The bosses of easyJet, Jet2, Tui, Loganair and Manchester Airports Group (MAG) have joined forces to denounce the government’s caution after writing to the Prime Minister yesterday, reported The Express.

EasyJet chief executive Johan Lundgren said: “All the data confirms that much of Europe could be open to safe travel. Given the success of the vaccination program, it is counterintuitive that the UK has the most restrictive system. “

He warned: “The UK is falling behind. Spain has opened up to travel without any restrictions. The UK offers expensive testing even on Green List countries. We say, “Expand the green list, get rid of this amber confusion, and keep the promise to lower the cost of testing.”

Jet2 and Jet2Holidays chief executive Steve Heapy said, “If you look at the data for a lot of countries, it could be on the green list.

“The government is too cautious and the green list could be increased with very little risk [given] 60% of the British population received one dose of the vaccine and 35% two doses. “

He argued: “The government must also look at the people who have received the vaccine. At the moment, this has no advantage. The government’s approach is ultra-cautious [and] we are left behind. “

Euro Weekly News is running a campaign to help reunite Britons in Spain with family and friends by capping the costs of PCR tests for travel. Please help us urge the government to cap costs at http://www.euroweeklynews.com/2021/04/16/ewn-champions-the-rights-of-brits-in-spain-to-see-loved- ones- again /

Thanks for reading and don’t forget to check out The Euro Weekly News for all your local and international news.

“Never again”: the cost to taxpayers of the Tui oilfield clean-up…

Leeds Bradford: Jet2, Ryanair and TUI vacations where you don’t have to isolate…