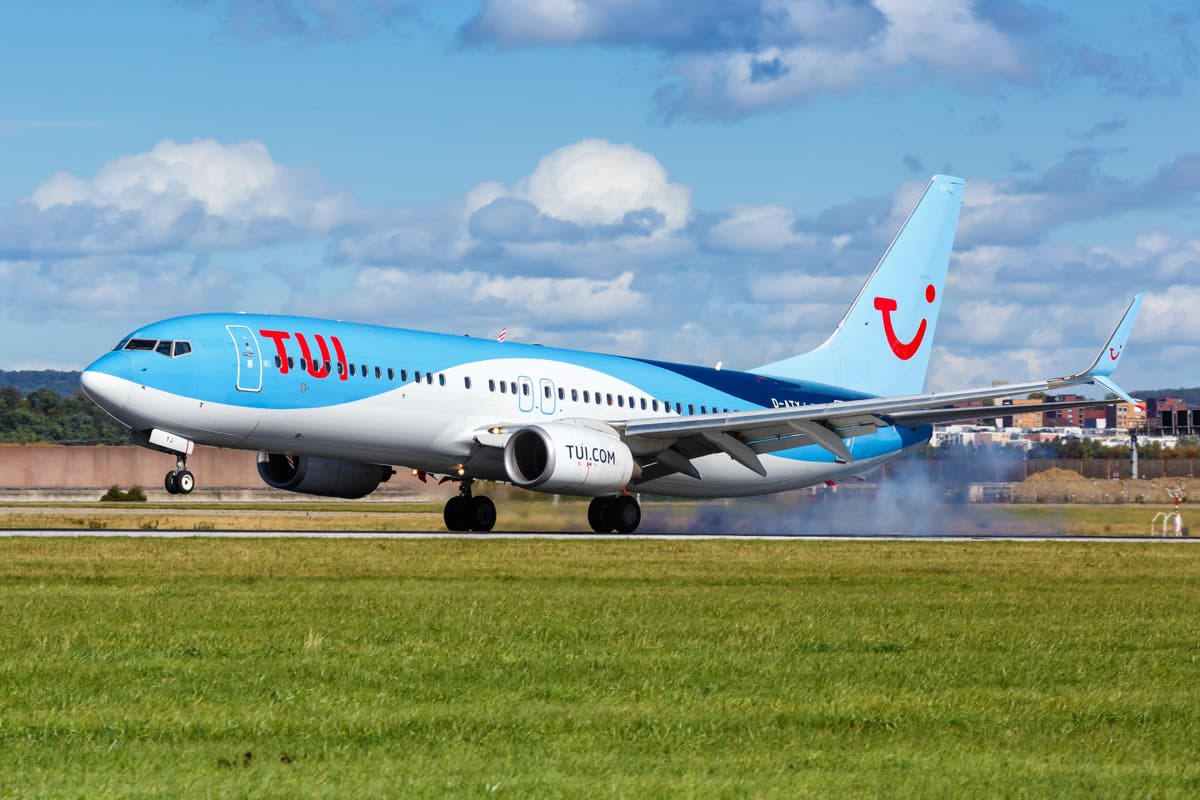 Airline TUI canceled flights the day after easyJet cut 20 of its own flights, throwing mid-term holiday plans into chaos.

German airline TUI this morning apologized to angry customers who said their flights had been canceled ‘without any information about what was happening’.

The travel company said “various operational and supply chain issues” are to blame.

A TUI spokesperson said: “We would like to apologize for the inconvenience caused to customers who have experienced flight delays or flight cancellations.

“Delays have been caused due to a combination of factors and we are doing everything we can to keep customers informed, and will provide refreshments and, where appropriate, provide hotel accommodation.

“Where we have made the difficult decision to cancel a small number of flights, customers will receive a full refund within 14 days and we will contact them directly to help them try to find alternative holidays.

“We would like to thank our customers for their understanding and apologize for the inconvenience caused.”

A Twitter user received the update on the cancellations after she tweeted the airline saying, “Absolutely shameful, at the airport a total of 14 hours with no communication, then being dispatched to a hotel and being told that our flights are canceled miles away from our car. ”

Another user tweeted: “Due to a flight to Dalaman with TUI from Glasgow today at 5.55pm, flight canceled with no information on what is happening, at a hotel in Renfrew now…lack of communication from TUI is horrible, never book with @TUIUK absolute mess.

The company has so far canceled a total of six flights: three from Birmingham, two from Gatwick and one from Manchester.

It comes as rival airline easyJet is set to cancel more than 200 flights over the next 10 days due to a software failure.

The airline said the cancellations would affect around 24 flights a day departing London Gatwick Airport between May 28 and June 6.

An easyJet spokeswoman said: “We are sorry for the late notice of some of these cancellations and the inconvenience caused to customers booked on these flights, but we believe this is necessary to provide reliable services during this busy period.

“Customers are notified from today (Friday) and given the option to rebook their flight or receive a refund and can claim compensation in accordance with the regulations.”

“Over the next week we will operate around 1,700 flights a day, around a quarter of which to and from Gatwick.”

Thousands of fans descended on the port of Kent on Friday to board cross-Channel ferries en route to Paris for Saturday’s game.

Airline passengers were also stuck in long queues at airports including Gatwick, Manchester, Stansted and Bristol.

There is also a strong demand for cruises from families embarking on mid-continent trips.

The port advised passengers to “pack adequate provisions, including food and water”, as it expects “a very busy week ahead”.