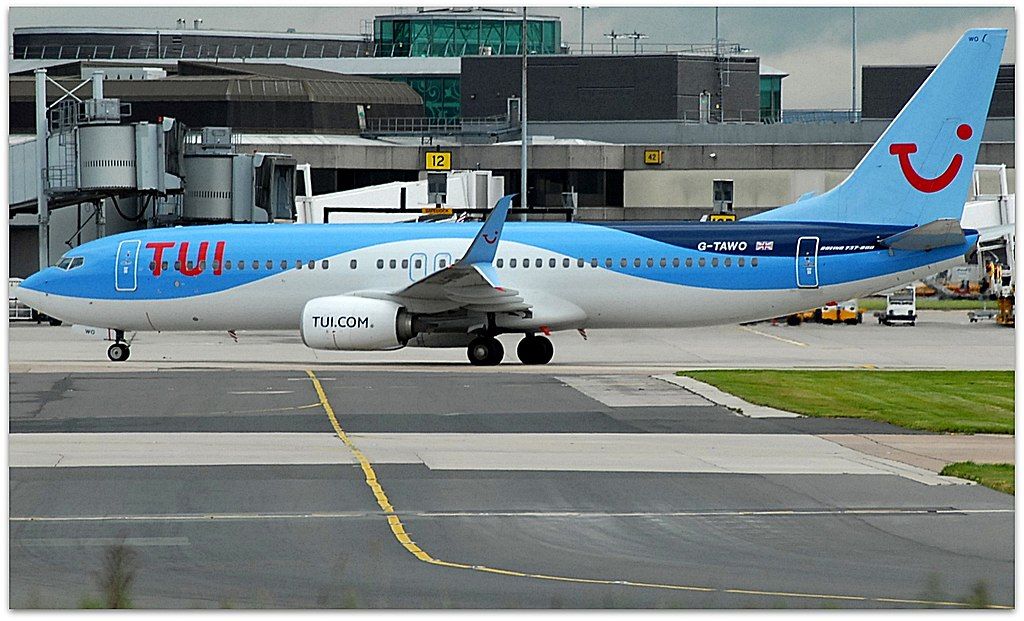 A TUI flight returned to the gate to pick up two passengers just before takeoff. The passengers were not at the boarding gate because one of them had lost his passport. The passengers were returning with family to Manchester, and it was not until they arrived through security that the parents discovered that one of their daughters had lost her passport. Airport security wouldn’t let her pass without her. Adrian, the father, stayed with his daughter while the other four family members took the lead and boarded the flight.

The passport was found just in time. Once the captain heard about the predicament, he decided to turn around and head back to the gate. The two passengers were reunited with their families and arrived safely in Manchester.

It’s a traveler’s worst nightmare: arriving at the airport to catch a plane home and finding that they can’t find their passport. But it happens more often than you think. According to insurance company LV, around 400,000 British passports are lost or stolen each year. For many, this will be a problem at home that they will have time to solve before their next trip. But for some, it may mean they risk being stranded in a foreign country, unable to travel on their scheduled flight.

The girl was not going to be allowed to board without a passport. Photo: James via Flickr.

UK nationals can apply for an ’emergency travel document’ to return home, which costs £100. The blocked person may need to attend an appointment at the local consulate, and it usually takes about two days to obtain the document. None of this has been very good for the Insley family, who were already at security when they realized one of the passports was missing.

Although Father Adrian has his own passport, he clearly could not return home and leave his distressed seven-year-old daughter alone in Tenerife. After beckoning the rest of his family to board the flight, he began considering other means of transportation they could take to get home and the process of obtaining a temporary passport for his daughter. Adrian said,

“I went to talk to the security staff, and they said I couldn’t board without a passport. So I had to get my whole family through, and it was just me and my daughter who were left behind. behind because of the disappearance of my passport daughter.

“So it got a bit hairy because I didn’t know what to do. I have to find accommodation, I have to find transportation and I have to organize for a temporary passport – there’s a lot of organization in very little time.”

In an unexpected turn, the missing passport was finally found, but by then the plane had already left the gate. Airport staff told Adrian he and his daughter could board the next flight to Manchester. However, on the plane, the rest of the family were in discussion with the TUI crew about their unfortunate situation. The plane was apparently taxiing towards the runway when the captain did something quite unusual.

According to Adrian’s mother, Sharon Insley, a member of the cabin crew approached her and asked if they could reach Adrian and tell him to go straight to the door, so they could can recover it. She commented,

“I was stunned because I never, in all my time flying, never knew they could come back for you.”

The passengers were able to reunite with their families with the help of airline staff. Photo: TUI

The family have been informed that Adrian’s luggage will not be able to fit on the plane and that they will have to take the next flight to Manchester. The family was perfectly fine with this. But then another stroke of luck came for the family when the ground crew loaded their bag anyway. The family shared their gratitude to all airline and airport staff for the fantastic help they received. They gave special thanks to the captain, who made the executive decision to return to the gate, so the family wouldn’t have to be separated.

What do you think of this report? Let us know in the comments below.