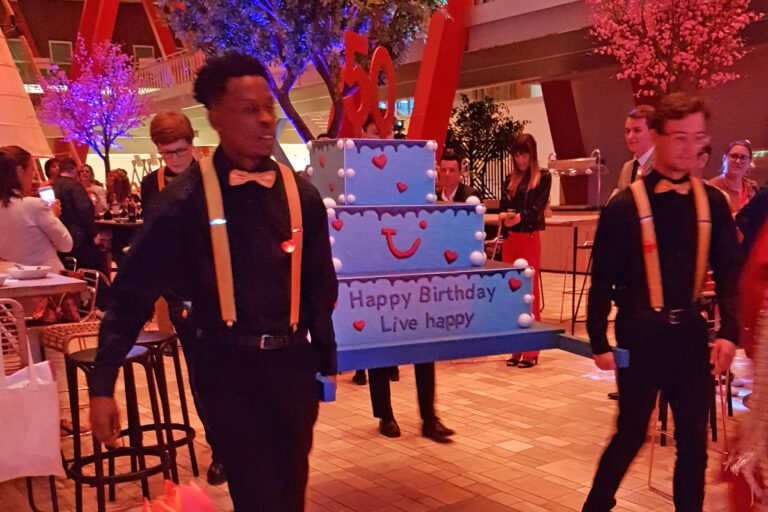 Birthday party for 50 years of TUI/Jetair

Yesterday evening, a festive live party took place at the Skyhall of Brussels Airport to celebrate 50 years of TUI/Jetair, an event that has been postponed several times for known reasons.

The TUI cast team was festively dressed for the occasion. An enthusiastic audience took full advantage of the evening, punctuated by music, live DJs, shows, etc.

Add delicious food and drink and a raffle… and you can guess it’s been a long night.

In 1956, Gérard Brackx, originally from Ostend, decided to operate a coach from his father-in-law’s garage and to organize trips.

In 1971, he founded the tour operator Jetair. Initially, as a specialist in Spain, he took Belgian holidaymakers by plane to Benidorm and Majorca. In the years that followed, the offer diversified and Jetair became a versatile tour operator.

In 2001, TUI became a 100% shareholder of Jetair. Scaling brings many benefits to the business, such as brand awareness, new products, new brochures, etc. It was also at this time that the famous logo, the “smile” of TUI made its appearance.