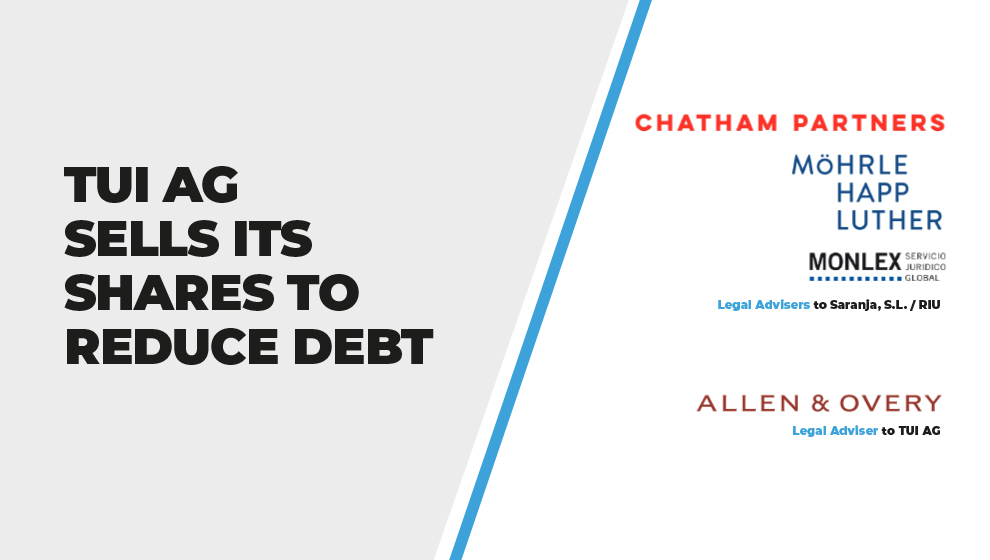 TUI AG has announced a sale of shares to a subsidiary of Spanish hotel group RIU in order to reduce debt accumulated during the COVID-19 pandemic.

TUI sells its 49% stake in the former RIU Hotels SA joint venture to Saranja SL, another RIU group company, for a maximum amount of â‚¬ 670 million (including price supplements). RIU Hotels SA is a holding company with 19 existing RIU hotels and two other RIU hotels currently under construction. If the deal is approved by regulators, TUI expects it to be concluded by the end of the summer.

The Chatham Partners team included partners Dr Marco NÃºÃ±ez MÃ¼ller and Dr Sebastian Kamm, both of whom have assisted RIU in corporate and mergers and acquisitions law; with the help of MÃ¶hrle Happ Luther (partner S. Siepmann), they also advised RIU on potential restructuring and insolvency issues regarding TUI AG. The buyer was also advised by the Spanish law firm Monlex Abogados (partner JosÃ© Antonio Fdez. De AlarcÃ³n) in corporate and M&A law. TUI was advised by Allen & Overy.

Hello, I’m Oliver, the editor of our online content. Please feel free to email me at [email protected] if you have any questions or interesting content to send!