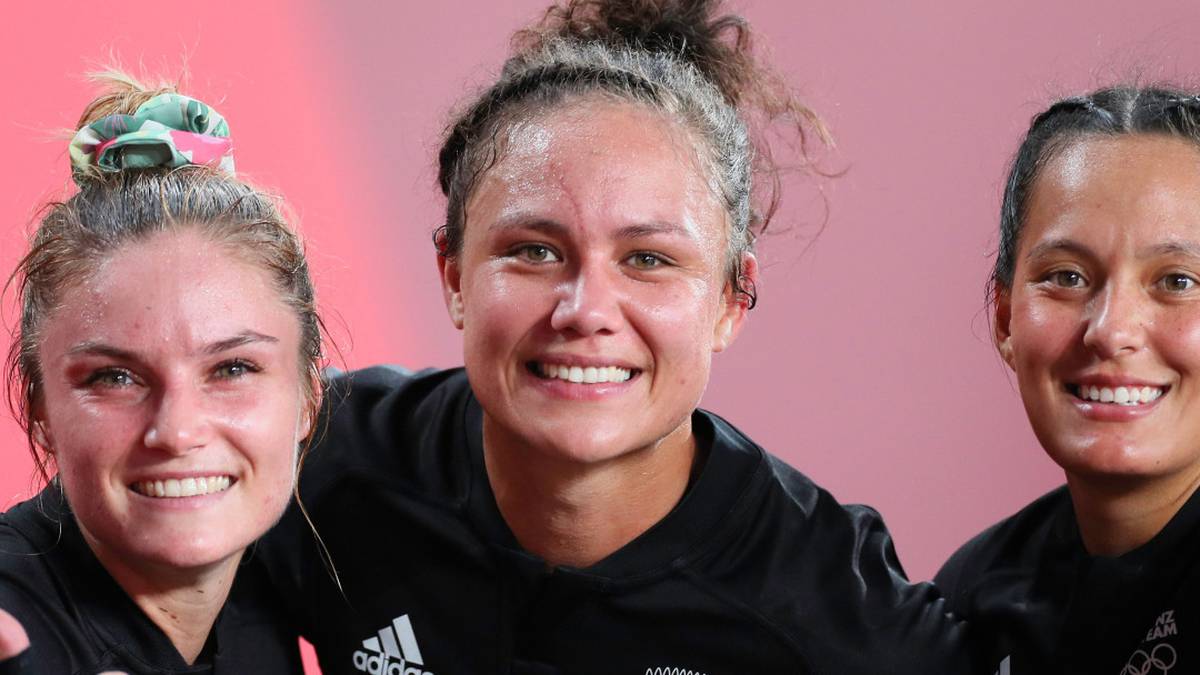 New Zealand Seven-a-side Olympics player Ruby Tui gave the world a taste of her sharp and hilarious personality in a highly entertaining interview with the BBC on Friday.

Jill Douglas was reporting on the sidelines of the BBC when Tui walked past her after the Black Ferns’ 33-0 loss to Russia. What happened next can be considered one of the best interviews of all the Olympics and has already racked up over 1.5 million views on Twitter alone.

Tui first appeared to try to figure out who she was talking to, before cheekily saying “BBC, better be clear!” and gratefully accept Douglas’s congratulations on the victory as well as a shout in Samoan to his family and supporters.

Kiwi’s full schedule below. Click on a name to view the athlete’s bio, upcoming events, past Games performances and medal chances.

Tui then gave props to a Russian team that she said were much more fierce than the score suggested and pushed them to their absolute limits when it comes to fitness.

“Russia – they’re very cool people, we get along with them, very lovely people, but on the pitch, like I said before, they’re pretty damn tough.

“They’re a tough, tough team and to be honest they weren’t at the last Olympics so it’s huge for them, congratulations to Russia, thank you very much.

“I don’t mean the score made it look like it looked easy, but it wasn’t easy – make no mistake it was not an easy game, lots of racing, my GPS exploded, that’s how difficult it was so no, a lot of respect for Russia. “

Douglas then asked a question that millions of Olympic viewers were also asking: What was it like playing against a British team, having spent the last four years playing against its individual elements of England, Scotland and Wales ?

Tui’s response was a perfect blend of diplomacy, irony, and humor.

“You know I like the way GB [Great Britain] Get together, like you know they’ve all gone their separate ways, but for the Olympics you’re all friends.

“It’s funny because in the fray they probably hate me saying that, sorry Abbie, but when they fall they say ‘ENGLAND! “as if they were really proud to be English.

“But they can’t do it here, so Abbie [Abbie Brown] I have to go ‘GB!’ when it falls you know everyone comes together … I love the whole concept of GB and like I said, big thumbs up to Britain and all the people in this place because they fundraiser, they worked hard, they campaigned, I think even a few of us donated and they ended up at the Olympics so huge huge mahi. “

Finally, Tui was asked to comment on the possible effects of playing in the midst of thunderstorms and heavy rain and gave a typical Wellingtonian response.

“What rain? Bring the thunder, we are at the Olympics, let’s be happy, compete safely and peacefully, peace and love, love you guys.”

The Black Ferns face Fiji in the Olympic semi-final on Saturday afternoon at 2 p.m. ET.

Eurowings flies to Armenia for the first time