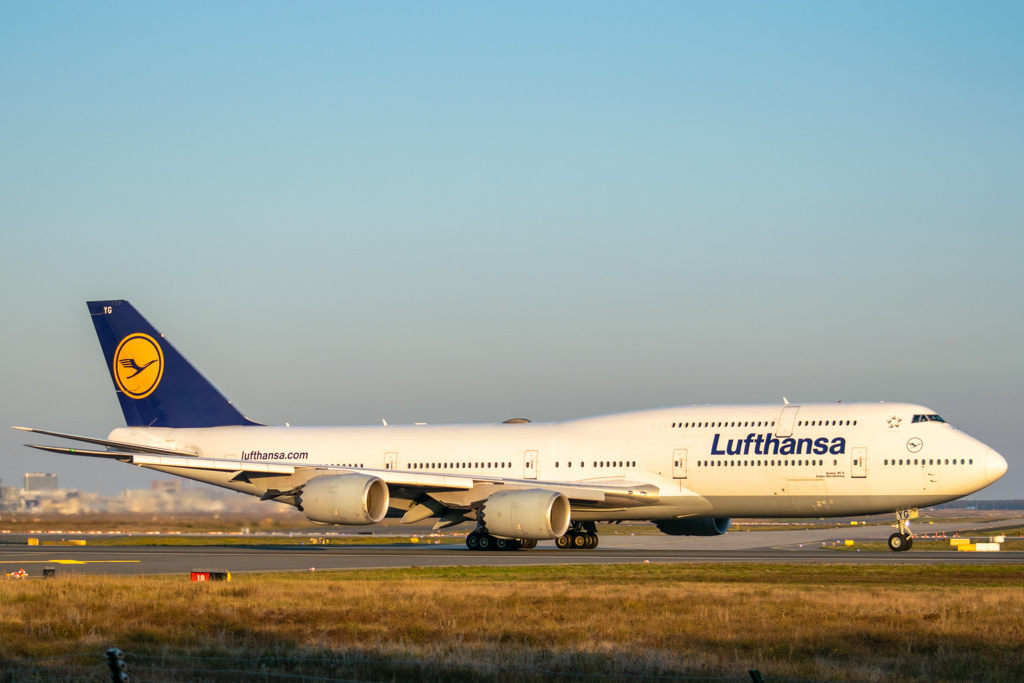 The return of the giant? Lufthansa reactivates more Boeing 747-8


Lufthansa is making slow progress on the road to recovery. This week, it reactivated two more Boeing 747-8s, both of which had been in storage for more than six months. One of the planes reactivated by the German flag carrier was its jumbo retrojet.

Many airlines have decided to retire their aging 747-400 jets. With only three customers for the new 747-8, there aren’t many. Lufthansa is one of three 747-8 customers with 19 aircraft to its credit. The German national carrier operates the majority of its next-generation jumbo jets, making it the main operator of 747 passengers as it stands.

This week, Lufthansa reactivated two more of its 19 Boeing 747-8s. The first to be reactivated was D-ABYT. This aircraft is well known to Lufthansa fans because it is one of a handful of the airline’s retro jets. The aircraft had been in storage since the end of March 2020. During this time, it moved around the Frankfurt airport, to park at one point on the northwest runway 07L-25R.

On Tuesday, the jet took off for the first time in 14 months, making a one-hour and 41-minute test flight to nowhere in the sky over Germany. After receiving the green light, the plane continued its flight to Sao Paulo last night.

Based on data from ch-aviation.com, D-ABYT is 6.31 years old. The plane made its maiden flight on February 14, 2015, before being delivered to Lufthansa the following month, on March 25. The aircraft has a current market value of $ 74.6 million, having accumulated 24,143 flight hours over 2,519 cycles.

And the other plane?

Another plane also woke up from its sleep yesterday. Since November 30, D-ABYA has been resting its wings in Hamburg. The jet is the airline’s oldest 747-8 at 9.33 years old. Based on data from RadarBox.com, the plane took off from Hamburg at 12:32 yesterday.

The plane gradually climbed to 39,000 feet, taking a roundabout route through Germany to Frankfurt, where it landed an hour and 36 minutes later at 2:08 p.m. following a missed approach. The plane is expected to fly to Nanjing on Sunday after returning home.

According to ch-aviation.com, the aircraft made its first flight on February 8, 2012, before being delivered to the German national carrier on May 1 of the same year. This aircraft has accumulated 36,280 flight hours to date, spread over 4,157 cycles.

What about the airline’s other 747s?

With the reactivation of D-ABYA and D-ABYT, 13 of the airline’s 19 Boeing 747-8s are active (flew last week). Six remain stored on the ground. Unlike the airline’s Airbus A380 fleet, Lufthansa remains committed to the Boeing 747-8 fleet, which means we’ll likely see the rest return to the skies as demand slowly increases.

The return of two more jumbo jets is the latest in a series of signs that Frankfurt Aviation sees light at the end of the tunnel. Along with this, a handful of older Boeing 747-400s are also expected to return to the sky, with a Lufthansa spokesperson telling Simple Flying,

“We will also be returning our eight 747-400s to service over the next few years; from 2023, they will be successively replaced by the 777s once delivered.

Are you happy to see Lufthansa’s Boeing 747 retrojet in the sky? Let us know what you think and why in the comments below!