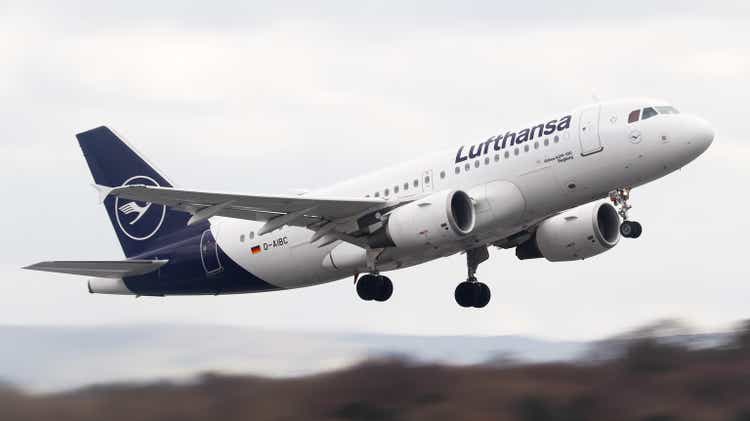 This is not the first time that we have commented on ITA Airways, which is the new air operator born from the ashes of Alitalia with a less capital-intensive (and already profitable) structure. In our previous posts, we have detailed how MSC was interested in taking a stake with Deutsche Lufthansa (OTCQX: DLAKF; OTCQX: DLAKY) on board as an industrial mate. Our internal team did not believe in the agreement, but we reported the words of the CEO who said:

Introducing the Q2 analyst call, he also emphasized how badly ITA Airways needed a strategic partner, and “we think we’re the one“.

Today we were surprised to read the announcement from the MEF (Italian Ministry of Economy and Finance). To everyone’s surprise, the MEF chose the Franco-American consortium for the exclusive negotiations. The possibility for the Treasury to count more in the future management of ITA tilts the balance towards the American fund Certares and the sky giants Delta (DAL) and Air France-KLM (AFRAF; AFLYY), whose offer was judged more in line with the objectives set.

An exclusive negotiation will start today and the final signature will only be taken over”in the presence of content that is fully satisfactory for the public shareholder“. Thus, the consortium formed by MSC, the world leader in logistics and cruises founded by the Italian Gianluigi Aponte and the German airline Lufthansa is out of the game. MSC-Lufthansa’s proposal for ITA amounts to 800 M € of which 60% to MSC, 20% to Lufthansa, and the remaining 20% ​​to the Italian government, while the Certares fund offered around €600 million for 55%, leaving 45% to the Treasury and also guaranteeing future entry in the shareholding of the two allies (the American Delta is the first airline in the world and Air France-KLM for which the proposal is to enter under 10% of the capital. Less money on the table but the possibility for the public shareholder (who will appoint two out of five directors to the board of directors, including the non-executive chairman) to influence the company’s strategic choices.

Regarding the valuation, if the acquisition had succeeded, it would have had a small positive impact on the German airline. Our internal team was more optimistic about Deutsche Lufthansa’s relationship with MSC (given the importance of Lufthansa’s cargo business). Figures in hand, the participation of Deutsche Lufthansa was to be 20%. With the latest Italian decision, the government will have decision-making power, which, however, in the context of complex groups such as Lufthansa, clashes with the harmony of the development of the group. Even at board member level, the German air operator would only have one representative.

No comment from MSC’s side as Deutsche Lufthansa reported that “wWe take note of the decision. We are still convinced that our offer with MSC is the best solution“. The spokesperson also explained how the Italian government chose the solution to have more influence on the future of the company.

No material involvement on Lufthansa, and after commenting on the Q2 performance, we remain neutral preferring the other names in the sector, Ryanair and Deutsche Post in particular.

Lufthansa cancels hundreds of flights as pilots strike to pay