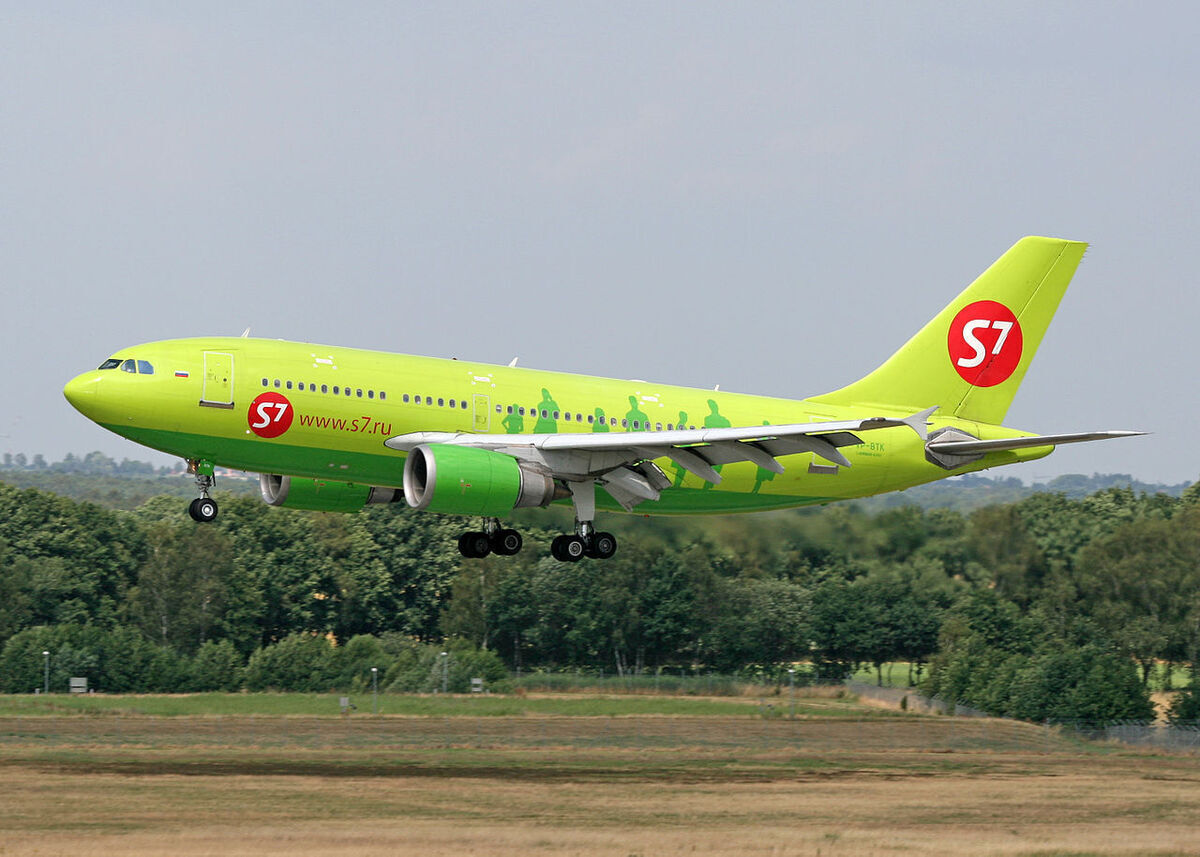 The history of the S7 Airlines Airbus A310 fleet

Russian airline S7 Airlines has one of the most striking liveries in commercial aviation. Its all-green paint scheme has been applied to a wide variety of airplanes over time, one of which has been the Airbus A310. The carrier operated this model for a decade in the years 2000 and 2010, for a total of nine units divided into two variants. Let’s examine the story further.

Based on data from ch-aviation.com, the most popular A310 variant at S7 Airlines was the A310-200. Of the nine A310s operated by the carrier, five belonged to this version of the widebody Airbus. The carrier received its first A310-200 in May 2005.

This aircraft, VP-BSY, had previously flown in an all-economy configuration for the German leisure carrier Hapag-Lloyd Flug, with 271 seats. However, this one, along with S7’s other A310-200s, was reconfigured with 14 business class seats and 241 economy class seats when transferred to Russia. The other four A310-200s had joined S7 within 14 months of VP-BSY’s arrival.

All of these planes, except one, were from the aforementioned German leisure carrier. The fifth, VP-BTM, had previously served Cyprus Airways and Eagle Aviation France. Unfortunately, all five were in storage in 2011, with the last one scrapped in Amman, Jordan in 2019.

While the A310-300 was visually identical to the aforementioned -200 variant, it offered operators the benefit of increased range. The four remaining S7 Airlines A310s belonged to this variant, and they arrived in 2004 and 2005. Indeed, the first two copies arrived at the carrier before the -200, arriving in June 2004 on lease from Airbus.

As a result, these 205 two-class seats still bore French registrations. Tragically, F-OGYP was involved in an accident in Irkutsk in July 2006 in which it overshot the runway on landing, resulting in the deaths of 125 of its 203 occupants. Meanwhile, the second A310-300 registered in France, F-OGYQ, left for Spanish carrier Air Comet in September 2007.

In 2005, S7 Airlines received its two other A310-300s. The first arrived from Aeroflot in March of the same year, again sporting a French registration and 205 seats in two classes. It was re-registered as a VQ-BAH in 2008, and stored for disposal in Mississippi in 2009.

S7’s last A310-300, registered as VP-BTJ, again came from German Hapag-Lloyd Flug. It joined the airline in December 2005 and turned out to be its oldest A310. In total, it served the carrier for eight years before being stored in Orlando, Florida in 2013. It was re-registered as N551GA for GA Telesis, and scrapped shortly thereafter.

Since S7 sold its last A310, this type has become an increasingly rare phenomenon in the skies and at airports around the world. Indeed, Simple Flying reported last month that there were only 10 left in passenger transport operations, spread across four airlines. Perhaps the coolest example still in flight is the F-WNOV, which performs zero-gravity flights in Europe.

Have you ever flown on one of the Airbus A310s from S7 Airlines? If so, what was the experience? Let us know your thoughts and experiences in the comments!