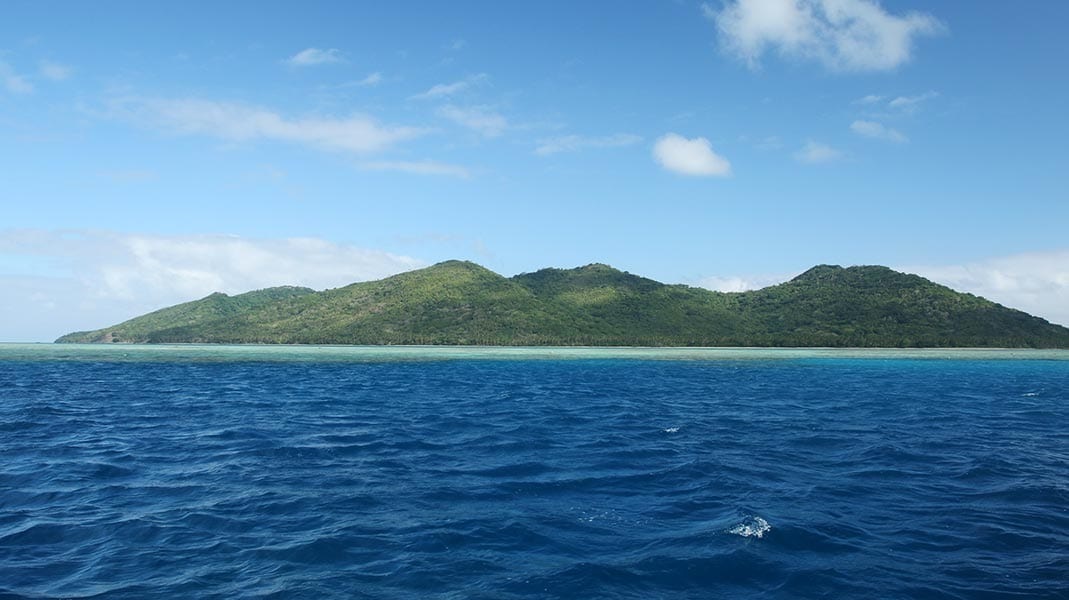 The Fiji Times »The inhabitants of Kanacea Island


Although the island of Kanacea was originally given to Tongan Prince Ma’afu at the time of the tribal war by the late Tui Cakau Tuikilakila, his people continued to cherish relations with neighboring islands such as Vanuabalavau in Lau.

Kanacea is 15 kilometers west of Vanuabalavu and these islands are located behind Taveuni towards the Lau group.

Its people now live in the village of Kanacea, Vuna Taveuni.

Mataiasi Tucika, an elder from the village, said their relations with the people of Vanuabalavu remained intact and most knew of their connections even though they were transferred in the 1800s to Taveuni.

“In fact, the vanua de Vuna at that time had their own traditional ruling government and Vanuabalavu fell under our rule and was drafted into Vuna,” he said.

“We had our own rulers and in the early 1800s Tuikilakila gave our island of Kanacea to Ma’afu, so we had to look for another place to live.

“Our elders then moved to Taveuni, and they named this village Kanacea, then we fell under the province and the government of Cakaudrove, so the traditional government of Vuna was abolished.”

Mr Tucika said the reason Tuikilakila abandoned Kanacea was because he heard that the people of Kanacea were supporting the Tongans in the war against Cakaudrove.

“He got angry and he ceded our island to Ma’afu and when our elders moved to Taveuni to go under Cakaudrove, Vanuabalavu was also listed in Cakaudrove province because they were part of us.

“At that time, everyone knew and even we grew up being told by our elders that Vanuabalavu was still under the province of Cakaudrove and not Lau.

“The change in Lau Province happened when Ma’afu took control of the island and was the first Tui Lau.

According to John Spurway’s book, Ma’afu Prince of Tonga, Chief of Fiji, the life and times of Fiji’s first Tui Lau, Ma’afu said in his petitioner’s plea in 1849 during a trip from Lakeba to Lomaloma to Vanuabalavu with Tuikilakila he was offered the island of Vanuabalavu.

“En route,” said Ma’afu, “Tuikilakila told him,“ I will give you all the islands between Lakeba and Taveuni, ”the petition reads in the book.

The same book also highlighted a conversation (after Tuikilakila’s death) between Raivalita, son of Tuikilakila who told a returnee from Vanuabalavu that his father had given him the island but despite this, Golea had sold Vanuabalavu to a European settler, George Henry with payment. pistols and percussion caps.

The book also says: “The sale made at Henry’s suggestion took place at Wairiki (Taveuni) and Henry had reminded Golea of ​​Ma’afu’s waiver of all Tonga claims to Fiji.”

Tuikilakila was not a favorite in Vanuabalavu like another history book by Reverend James Calvert, The Journal of Religious History also said: “… the number of converts continued to increase in Lomaloma and among them were several young people. heads. All seemed serious and zealous, but they looked forward to the next visit of Tuikilakila, the terrible king of Somosomo who had threatened to kill and eat his subjects who should lotu.

But despite all of these historic events, Mr Tucika, 71, said that every time a villager from Vanuabalavu set foot in vanua de Vuna he was considered family.

“We tell them this is their home and we will take care of them. The names of the inhabitants of Vanuabalavu are also present in the village of Kanacea and this proves our history.

British Airways takes off from Southampton for the first time

“Never again”: the cost to taxpayers of the Tui oilfield clean-up…

Leeds Bradford: Jet2, Ryanair and TUI vacations where you don’t have to isolate…