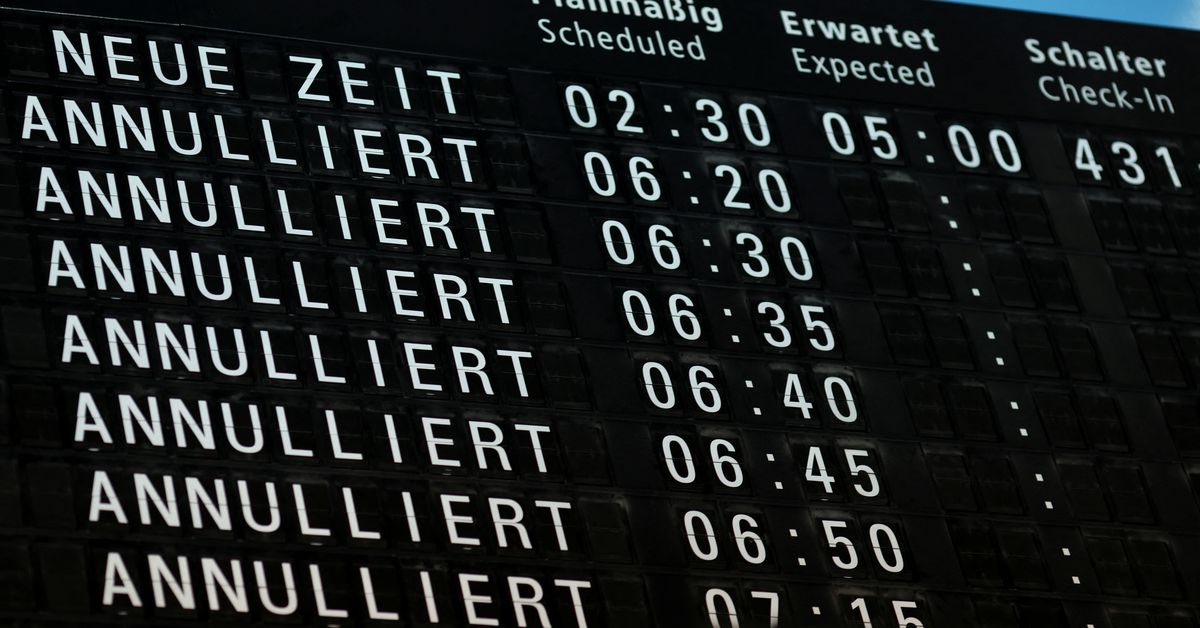 “It’s started. And so far there is no new offer,” said a spokesman for the pilots’ union Vereinigung Cockpit (VC).

The union wants the carrier to ease the workload of pilots through measures such as increased rest periods, but Eurowings warned this weekend that such demands put jobs at risk.

The airline said around 240 out of 488 flights were canceled at airports in Cologne, Hamburg, Berlin and Stuttgart, affecting around 25,000 passengers on the first day of the strike.

It plans to cancel a similar number of flights on Tuesday and Wednesday. The walkout is due to end Wednesday at 11:59 p.m. local time (2159 GMT).

Eurowings pilots had organized a one-day strike in early October to improve working conditions, affecting around 30,000 passengers and the cancellation of around 250 flights.