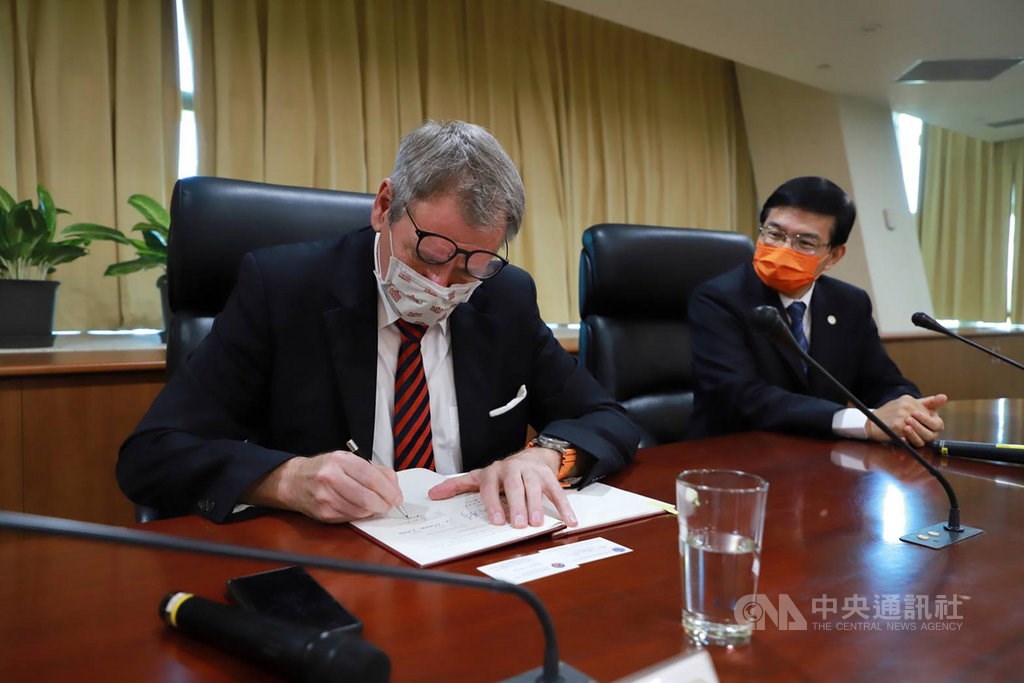 
Taipei, July 15 (CNA) Taiwan and Germany on Thursday signed an air transport agreement, allowing more weekly passenger and freight flights between the two countries, according to the Taiwanese Ministry of Transport and Communications (MOTC).

In a press release that day, MOTC said the agreement was signed by Taiwan’s representative in Germany Shieh Jhy-wey (謝志偉) and German chief envoy to Taiwan Thomas Prinz, respectively in Berlin and in Taipei.

According to MOTC, the new agreement, which replaces an agreement signed in 2001, increases the maximum number of passenger flights between Taiwan and Germany from seven to 11 per week.

Cargo flights have been reduced from three to five with fifth freedom rights, MOTC said.

Fifth freedom flight rights allow an airline to carry revenue traffic from its own country to a second country, and from that country to a third country.

The expansion in the number of flights authorized per week is expected to accelerate the recovery of the aviation sector between the two countries in the post-pandemic era, he added.

At the same time, the Taiwanese Ministry of Foreign Affairs (MOFA) said in a separate statement that the country’s Transport Minister Wang Kwo-tsai (王國 材) attended the signing ceremony online.

The ministry said relations between Taiwan and Germany continue to deepen with agreements on science and technology, energy transition, innovation in small and medium-sized enterprises, driver’s license exchange and transitional justice having been signed since 2016.

Lufthansa to resume flights at Port Harcourt airport in August