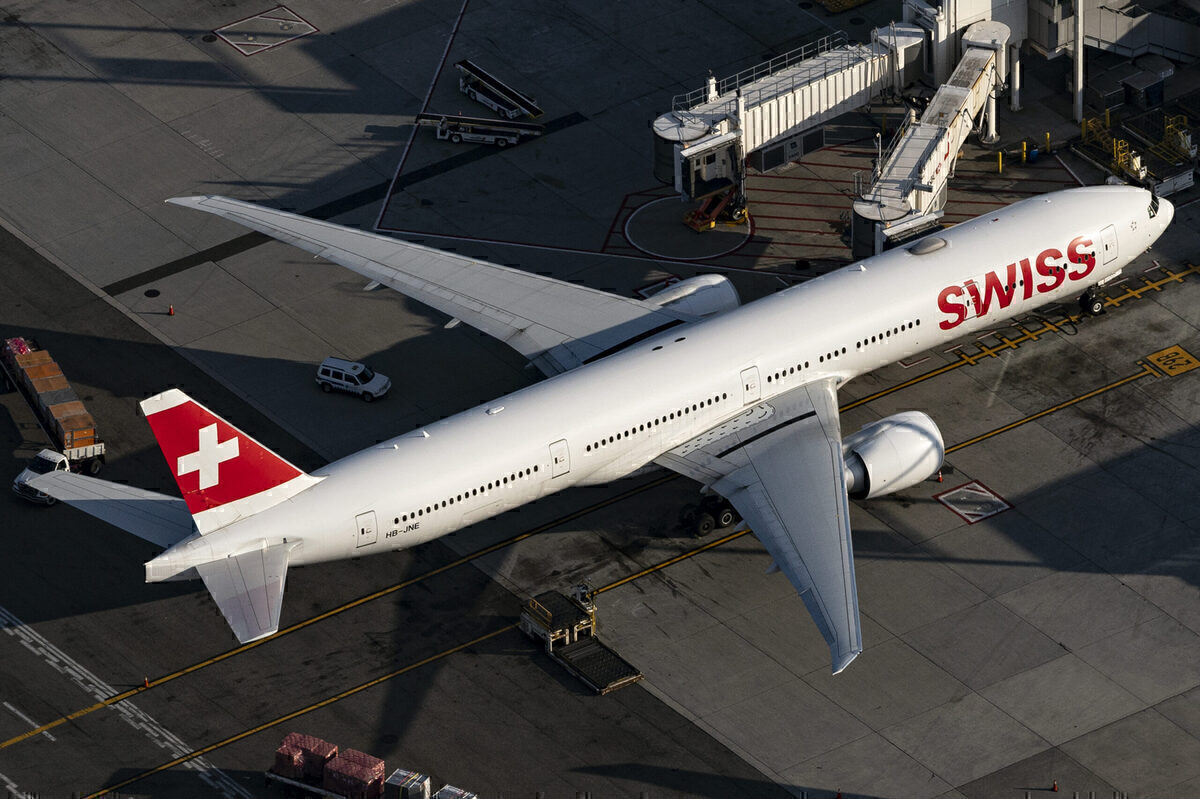 
In March 2019, SWISS announced that it would introduce a new premium economy class to its long-haul aircraft fleet in spring 2021. Although this plan has been slightly delayed, it looks like the carrier will unveil its new class of service la next week.

Unveiling scheduled for next week

According to Executive Traveler, Swiss should launch its new premium economy class on Monday, June 28. The initial launch was supposed to take place in the spring but was delayed due to the global health crisis. However, all things considered, a delay of just a few months is pretty impressive. So what can we expect to see?

Sources note that the new class will appear on its flagship long-haul aircraft: the Boeing 777-300ER. The premium economy cabin will have 24 seats in just three rows, in a 2-4-2 configuration.

Executive Traveler reports that the seats should be 10% wider with 20-25% more recline than standard economy seats. Legroom will naturally get a boost, which should be around 20% above Economy Class.

No finer details, for the moment

The airline has yet to provide details on what type of seat travelers can expect in this new class. Of course, since SWISS is part of the Lufthansa group, we could turn to the other airlines in the group.

Lufthansa’s first-generation premium economy seats were first released in 2015. In the photo above, this design and offering is said to be six years old now. Therefore, with the time that has passed, we should look for more recent clues.

Indeed, for a more likely option, we can refer to June 2019, when Lufthansa discreetly unveiled the cabin of its Boeing 777-9X. During this presentation, visuals were also included for its new premium economy seat.

The Lufthansa seat appears to offer a fairly large IFE screen and indeed appears to be “encased” in a shell style seat that “tilts forward” rather than tilting towards the passenger behind.

With SWISS and Lufthansa operating a fairly high level of service within the same airline group, it’s a safe bet that SWISS will offer something similar to its German counterpart.

If we assume that the premium economy service SWISS will be similar to that of Lufthansa, we can also expect the class to have its own amenities kit, or “tailor-made travel kit” as Lufthansa calls it.

Booking a ticket in this class should also allow travelers to access Lufthansa Group business lounges for a fee, and also provide a more generous checked baggage allowance than economy class.

Of course, while these are educated guesses, in the end, they are just guesses. Fortunately, we just have to wait two days to find out what SWISS will offer with its new class of service.

Are you looking forward to SWISS offering premium economy class? Let us know in the comments.