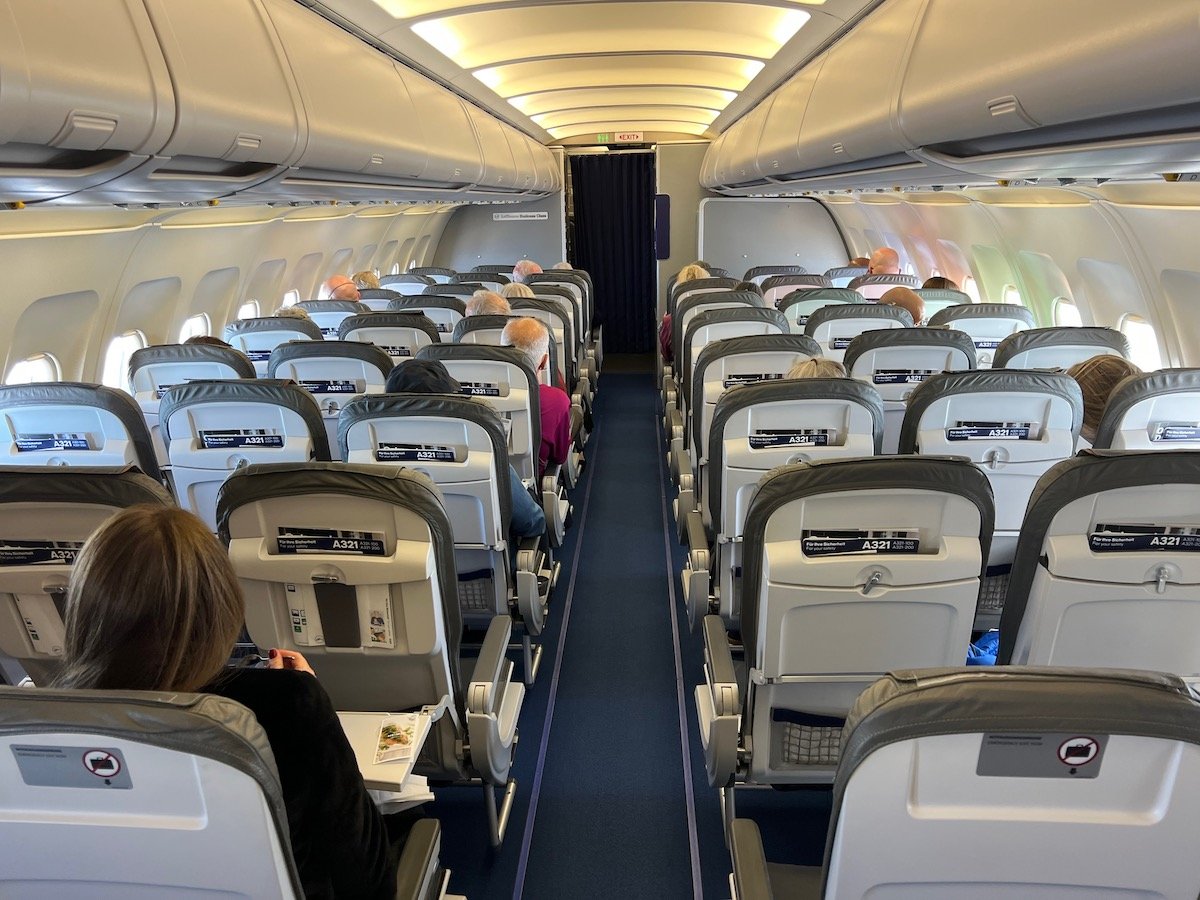 By Jeremy Queen On Apr 4, 2022
Share
In the interest of full disclosure, OMAAT earns a referral bonus for anyone approved through some of the links below. These are the best publicly available deals (conditions apply) we’ve found for each product or service. The opinions expressed here are those of the author alone, and not those of the bank, credit card issuer, airline, hotel chain or product manufacturer/service provider, and have not been reviewed, approved or otherwise endorsed by any of these entities. Please see our Advertiser Policy for more details on our partners, and thank you for your support!

How I booked our Lufthansa business class tickets

As a reminder, I booked our transatlantic itinerary from Tampa to Venice using Air Canada Aeroplan points. I booked the following for 70,000 Aeroplan points plus $72.58 in taxes and fees per person:

Aeroplan points are easy to find, as the program partners with American Express Membership Rewards, Capital One, and Chase Ultimate Rewards. On top of that, in the US there is the new Aeroplan® (test) credit card, which is quite lucrative.

Boarding started right on time and the self-service gates were in use, so just scan your boarding pass to board. We then had to walk down stairs to a bus.

Even though there are many aspects of aviation in the United States that are terrible, I’m grateful that remote stands aren’t exactly common. because it’s just such an unpleasant experience, especially in the age of coronavirus. It took about 10 minutes for the bus to fill up, then it was about a 10 minute drive to the plane.

Then even when we got to the plane they weren’t ready to board us so we had to stand on the bus for a few more minutes.

The only good thing about taking a bus to a far stand is the great view of the plane from the apron.

We were flying a Lufthansa Airbus A321 with registration code D-AIRL, which was about 27 years old, as it joined the Lufthansa fleet in 1994.

On intra-European flights, business class simply consists of economy seats with a blocked middle. Because of this, the size of the cabin can be adjusted for each flight. On this particular flight, the business class cabin was huge and went all the way up to row 14.

So while all intra-European business class seats are generally created equal, that is not the case on this aircraft, given the location of the exit row. For example, you won’t want to sit in seats 9A and 9C, which are right in front of the exit row and don’t have a window.

The 9D seat has the advantage of only having one seat next to it, which means no one else is sitting with you. However, you have the same problem with missing views.

Meanwhile, seats 11A and 11C have virtually unlimited legroom. If there’s too much legroom, these seats would be, considering you can’t reach anything stored under the front seat.

We booked last minute (due to Eurowings Discover being cancelled), and at the time seats 11D and 11F were the best options, located just behind the exit row. The 11F was a totally standard seat in terms of legroom, while the 11D was right behind the flight attendant’s jump seat. This meant that there was a little more legroom, but also that there was no storage under the seat. Again, you can still store stuff under the center seat.

Then rows 12 and 14 were totally standard, just in front of the curtain.

Of the 46 business class seats, about 32 were occupied, so the cabin was reasonably busy, but not full.

The cabin was well maintained considering the age of the plane, although it still had no bells and whistles. There were hanging consoles with individual air nozzles. However, there were no power outlets. Again, Lufthansa has not even installed power ports on the new Airbus A320neos. Obviously not a major issue for the short flight to Venice, but it’s a different store if you’re flying to Athens.

There was also a toilet at the front of the cabin, which was basic but in good condition.

We left Frankfurt on time for our 1 hour flight to Venice, so there’s not much to report there. About 10 minutes after takeoff, in-flight service began. A few months ago, Lufthansa introduced the new “Tasting HEIMAT” catering service concept on short-haul flights, intended to showcase the local flavors of the region. This particular flight was supposed to have food from Hamburg.

The catering on my last intra-Europe Lufthansa flight was lousy, so this one was at least a bit better. The main course and dessert were served covered, while a bread roll was placed directly on the platter.

I appreciate that Lufthansa has a small menu on the board because otherwise I couldn’t understand what I’m being served half the time. I find that Lufthansa tries too hard to serve food perceived as ‘fancy’ on intra-European flights, and this might just be one of the clearest examples of that. The meal consisted of:

I don’t know if Lufthansa takes kickbacks from the elderflower industry, but when I think of the Lufthansa brand, the word ‘elderflower’ is one of the first five things that come to mind. in mind. I’ve seen elderflower on the menu in maybe three restaurants in my entire life and on about 78 Lufthansa flights.

Drinks were served on a cart separate from the meal. Since the booth was so big, it took about 10 minutes to get drinks served. I drank a cup of coffee and some water.

Then, shortly before landing, we were offered apples, which seems to be a standard offering with the new menu concept. As I said last time, I find the concept of serving a whole apple to each passenger before landing strange. Personally, I prefer not to bite into an apple without washing my hands before or after, so it seems like a strange thing to serve on a short intra-European flight. But maybe it’s just me.

Lufthansa is pretty good at offering Wi-Fi on its short-haul fleet, and this flight featured Lufthansa’s FlyNet system.

I didn’t use wifi this time because the flight was so short. However, I have always been impressed with Lufthansa’s Wi-Fi offering.

Arrival of Lufthansa in Venice

Arguably the best part of this flight was the view. About halfway through the flight we were treated to a magnificent view of the Alps – wow!

The seatbelt sign was turned on about 15 minutes before landing, and of course everyone wants to look out while approaching Venice. Glad we sat on the right side of the plane as we had a great view on our approach.

We landed in Venice at 2:10 p.m. We drove for a few minutes and then had to stand in a traffic lane for about five minutes. Then a few minutes later we pulled up to our door – luckily we had a jet bridge, rather than a remote stand.

The check in process was easy and fairly quickly we were in a ‘taxi’ to our hotel. What a beautiful day it was in Venice!

Intra-European business class isn’t something exciting in general, and I’d say Lufthansa’s product is pretty average. This particular A321 was older but quite well maintained. On the plus side, the flight had wifi, a friendly crew, and a reasonably decent snack. Unfortunately, there were no power ports, which Lufthansa doesn’t even install on its new narrowbody jets.

If you have flown Lufthansa A321 Business Class, what was your experience?