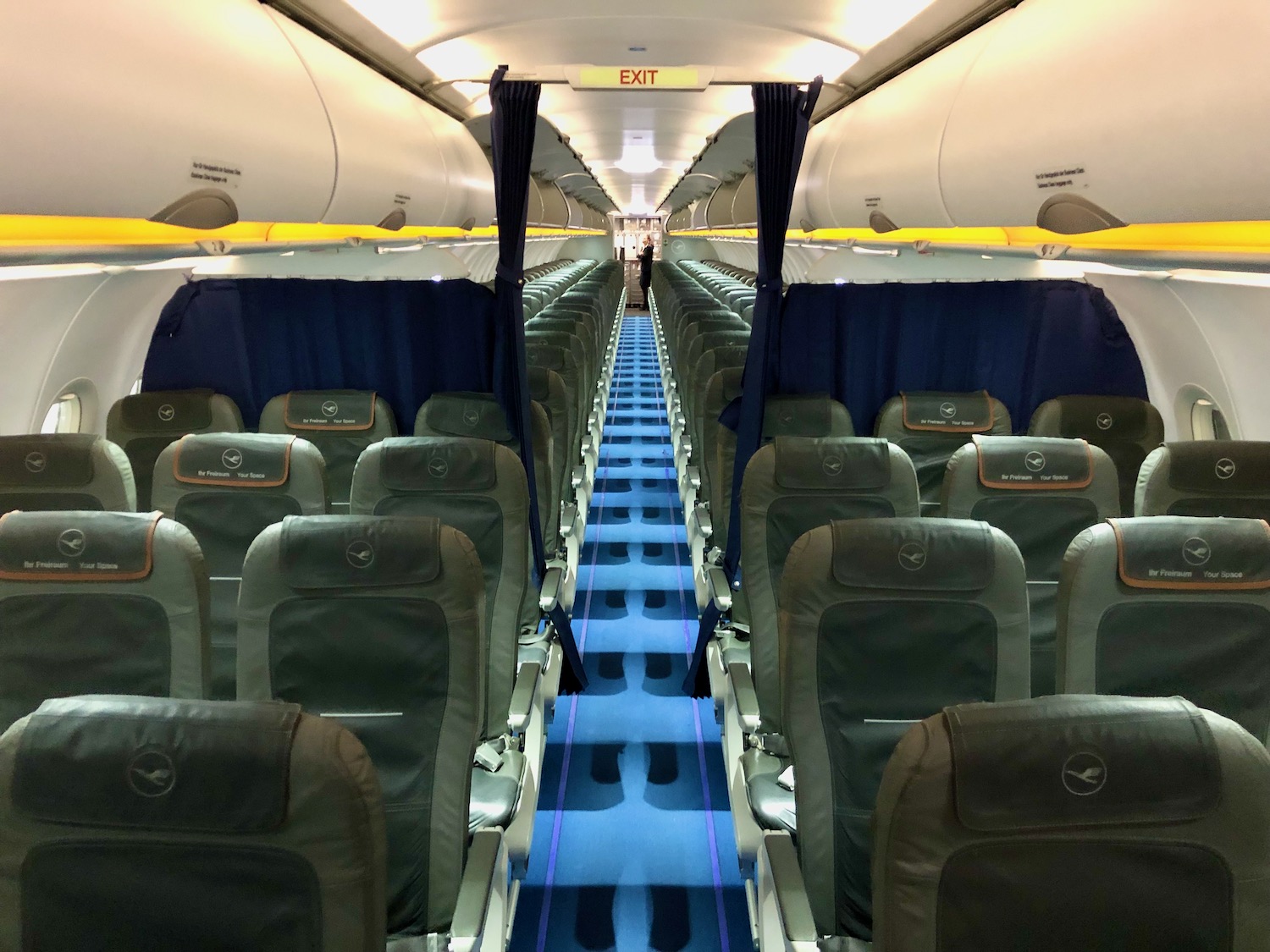 After a long but lovely stay in the First Class Lounge, it was time for our final connection, a short hop from Munich to Dubrovnik. This Lufthansa Business Class review of the A320ceo (A320-200) will focus primarily on the meal.

We left the lounge quite late and were among the very last to board. I had trouble finding the gate and finding the signage at Munich Airport, at least in the rather poor H Gates area.

This was the last leg of my LAX-JFK-FRA-MUC-DBV award ticket, booked with United MileagePlus miles. The A320ceo or “current engine option” is aging gracefully (with a new livery) and is a mainstay of Lufthansa‘s short-haul fleet.

On board, we quickly found our seats, and the door closed behind us. Today, business class had only three rows and carried only four passengers.

Recaro BL3520 “NEK” slim seats are what they are… efficient. Although it’s ok for 90 minutes (actual flight time was just over an hour), I wouldn’t appreciate that poorly padded seat on a longer flight.

As we boarded so late, I was unable to take photos of the cabin without invading others’ privacy, so I will use these photos from a previous flight to demonstrate the cabin:

Seat spacing is 30 inches and there are no power ports. For the second flight in a row, the in-flight internet (Inmarsat GX) did not work. In business class, the middle seats are blocked.

Food + drink on board

What do you do when you’re reviewing flights for a living but have just cooked up a huge feast in the lounge? You still take the meal and pick from it, to minimize waste.

A light lunch was served after takeoff which included a slice of salmon, two yellow cookie-like items which (as far as I could tell) contained squash, two scoops of zucchini, cauliflower, a slice of beetroot and a dollop of some quark-like cream. It was served with a hot bun and an orange coconut dessert cake.

What a strange meal…and no menu card provided, leaving us all guessing exactly what those yellow cookies are…can anyone help?

After lunch, the stewardesses offered a refill of drinks as well as a piece of chocolate and an apple.

And that, friends, is about all. Internet didn’t work, I didn’t need to get up and use the toilet, so I just leaned back and closed my eyes until we got to Dubrovnik.

My short A320ceo flight in Lufthansa Business Class is over. I’m offering this very basic review just so you know what to expect on the A320, which these days is an economy class seat with the middle seat blocked off and a light meal, usually with at least one unidentifiable object .

ps What’s up with these European airports and their stairs? We had to descend four flights of stairs to reach immigration. No escalators or elevators, despite everyone lugging hand luggage. When the airport also has no air conditioning, I really don’t feel like exercising…