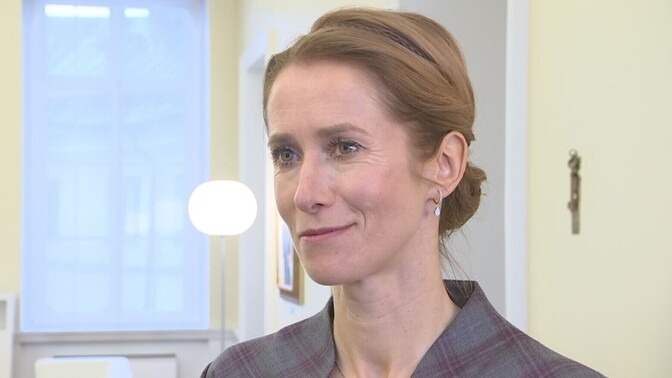 What do you think of the two phone calls between Merkel and Lukashenko?

We were aware of the calls. We have been informed. If the aim is to allow humanitarian organizations to reach Belarus in order to help the people who have been militarized by Lukashenko, to help them leave, that helps to resolve the crisis. To make sure these people couldn’t be used as a weapon.

Doesn’t that work to legitimize Lukashenko?

Merkel called him Lukashenko instead of referring to him as President of Belarus. This is not a legitimation of Lukashenko. The important thing is that we act united within the European Union. We need to focus on actions before words. I am mainly referring to the sanctions decided on at the European Foreign Affairs Council against the Lukashenko regime and various airlines, and they are working. Emphasis is also placed on the countries of origin, so that people can return to their homes.

Do you know the purpose of these two calls?

Yes, we have been informed.

We will not tell it here. The parties can reveal what they have discussed themselves.

Lukashenko said some things, while the Germans did not confirm everything.

The important thing is that humanitarian aid organizations can access the border or Belarusian territory because that is where the people are. The important thing to remember is that these people are legally in Belarus. They arrived with visas. And they are trying to illegally cross the border into the EU. Poland, Latvia and Lithuania are doing what any border country has to do. They protect the EU border from invaders. There is no land between two borders. There is either the territory of Belarus or the EU. These people are now in Belarus and aid organizations must be able to help them there. Belarus is party to international agreements concerning the persons in its territory who are under its responsibility.

Merkel, when speaking with Alexander Lukashenko, does not speak for the EU, she speaks for Germany. Is it even reasonable to hold bilateral negotiations between Belarus and EU leaders in this situation?

First of all, I absolutely don’t think she’s negotiating. It does not negotiate with Lukashenko either on behalf of or on behalf of the EU. It is not possible. But the phone calls and communication have already taken place.

Merkel has not spoken to Lukashenko since the election [in Belarus].

Merkel knows better who she’s been talking to. But if this is the situation today and she [the conversation between Merkel and Lukashenko] will help these people to return to their country of origin without Europe having to give in. We can see that the sanctions are working. Sanctions hurt the regime. That is why they are trying to make the situation worse, thinking that the EU is the weaker side. But we say we are not the weaker party. We are united, there are no divisions between the members of the EU and we certainly do not need Lukashenko or Putin to work to deepen them.

It can always give the impression that Merkel is making a deal with Belarus over Poland, Lithuania or Latvia.

I have been in contact with the Polish Prime Minister and have been told that no decision can be taken over his head. And won’t be. We have the EU, the European Commission, the head of the Council of Europe in close communication with Poland, Lithuania and Latvia, as well as Estonia, just as we have channels with the German leader in terms of taken measures. The important thing is that the EU is united in action.

Germany is not asking us anything nor Poland. They just communicate their plans.

I cannot speak of the conversations of Poland with Germany. But it is clear that the contacts are close. Poland also said that if it helps people return to their home country, it can be considered a positive. Thus, they would not be stuck at the border, would not try to cross illegally. Then they would realize that it is unnecessary and go home.

Could the conversations between Merkel and Lukashenko have sent the wrong signal to those planning to cross the border illegally?

What matters is action. Words are something else. Actions are where the EU has been united, and the EU has supported Poland. The message sent to these people is also of crucial importance here. Also in terms of Lukashenko not caring about these people. It means you shouldn’t go. Because Poland is steadfast and you will not be able to cross here. You will not enter the European Union. A trip that you should not wish for yourself or your family. It will not be successful.

Speaking of sanctions, there are signals that some countries are looking to roll them back. Get out [Belarusian national airline] Belavia. It does not reflect a great unity.

The debate on sanctions took place in the Foreign Affairs Council. The acceleration of the process was discussed yesterday with the President of the European Parliament. Thus, the sanctions would come into force quickly. For example, Ireland fully supported the sanctions. This means that the Irish company which leases Belavia 17 of its 30 planes is ready to take them back. These contracts will expire if Belavia is subject to sanctions which will significantly affect the situation.

What about Italy’s alleged reluctance to sanction Belavia?

In the end, everything will have to be agreed between the EU Member States, while we have seen rather universal conclusions so far. Thinking back to when the Lukashenko regime forced a plane en route from Athens to Vilnius, Europe’s reaction was immediate and united. It happened on a Sunday, with the sanctions decision issued on Monday. I really hope that we can move quickly at EU level here as well.

How do you see this conflict unfolding? Will the power and muscle of the EU force Lukashenko to end up in a corner and make him stop what he is doing?

Strength is all a dictator understands, and that is what the EU must demonstrate. If we think we can take a step back, the dictators are not giving up and will take a step forward. It cannot happen. In terms of power, economic power, especially in terms of sanctions, the EU is definitely the strongest party and must under no circumstances give in to the demands of a dictator.

Is this universally understood in Europe?

But you are not sure?

Europe has 27 different Member States with their own opinions and political trends. However, the EU has been united in its actions so far, and I very much hope that this unity will continue.

Do you approve of Merkel’s conduct?

It is not for me to approve the actions of the leader of another country. What matters is whether it will work. So that humanitarian aid organizations gain access to the territory of Belarus and people can return to their homes and stop obstructing the border.

What interests us, however, is that Lukashenko is ceasing his activities.

Exactly. But this cannot be achieved through negotiations but through sanctions that hurt him enough to make further escalation impossible.

When will the migration crisis between Belarus and Poland end?

It is not a migration crisis but a hybrid attack that Belarus is orchestrating against Poland. They are militarizing people. It is clear that the regime will have to rethink its decisions once it is no longer able to cope economically or manage the flow of people stranded in Belarus. If the solution is to allow humanitarian organizations access and bring people back to their homes, which the Belarusian regime does not currently allow. Even the people who want to leave now cannot. Once the influx of migrants stops and it becomes clear that this is not a viable way to enter Europe, the situation should work out.

Eurowings flies customers to four new destinations in Northern Europe from December, in time for Christmas