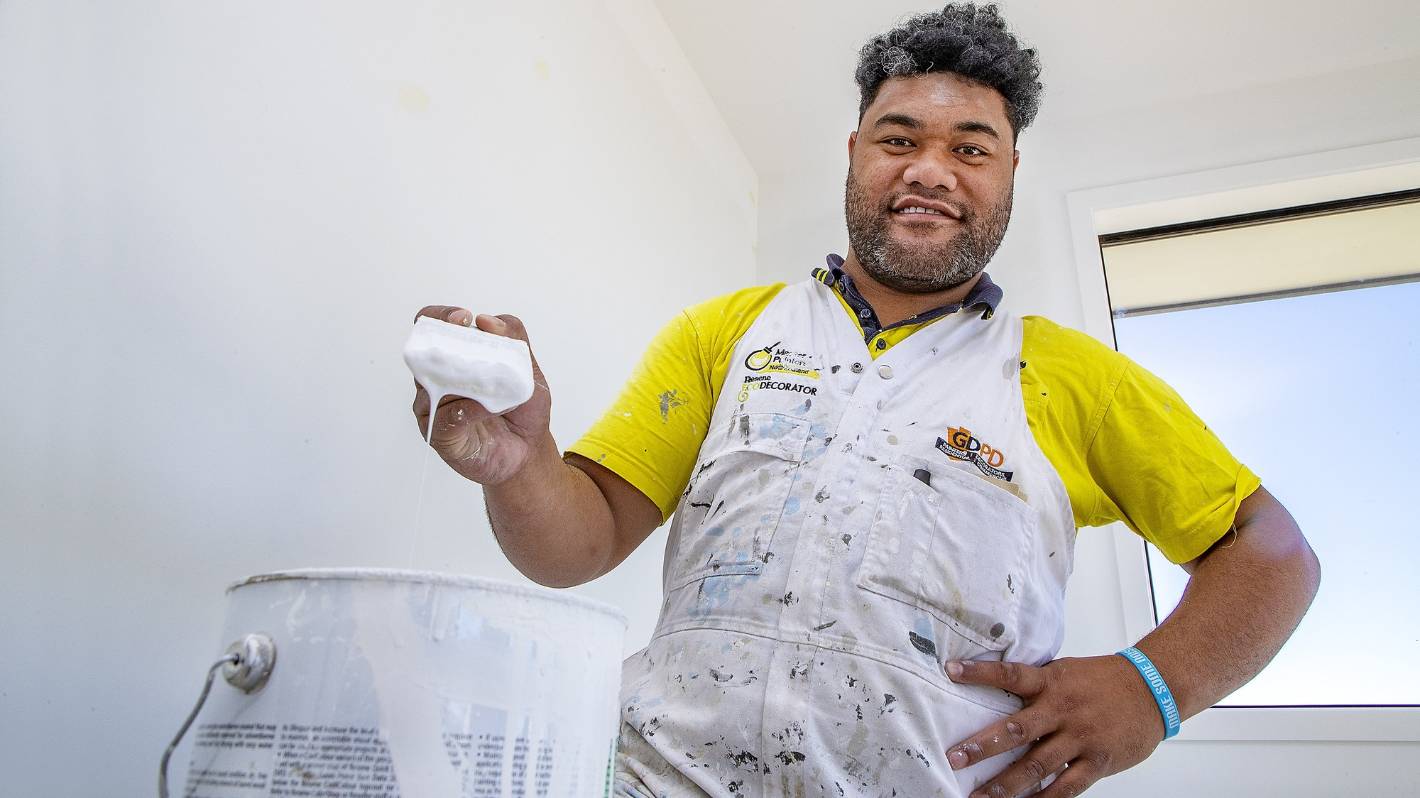 Tui Ruatita, 28, is the apprentice master painter of the year 2021.

A Manawatū painter was recognized for his sharp work with a brush in his hand, being named the best apprentice in the country.

Tui Ruatita, 28, who works for Feilding-based GDPD, won the 2021 Apprentice Master Painter of the Year award.

Ruatita represented the Lower North Island at the final in Christchurch last month, competing with three other finalists.

He said he felt good heading into the final but was intimidated by the skills of the other painters, however, a call back to his partner gave him the motivation he needed.

READ MORE:
* Yes, you can start again with an apprenticeship at 40
* New Plymouth man named top apprentice
* The winner of the South Canterbury building challenge recalled his grandfather

“She just said ‘why are you here? How did you get there?'”

“I said ‘oh paint, I’m just going to paint.’ So that’s all I did from then on, I just painted, didn’t worry about anything else, and it seemed to pay off.

The four contestants each had to build and paint a playhouse within three days.

They also had to order their materials, as that was a big part of being a competent trader.

Ruatita’s playhouse, which featured colorful stripes, was completed without using tape to cut or paint the stripes.

He said his time as a butcher probably helped him have such a steady hand.

Ruatita wanted to bring some fun to her job, and the first thing that came to her mind for a gambling house was big colors.

He had been painting for about five years and had just finished his apprenticeship.

A former butcher, he became a painter when he wanted to change a bit, jumping at the chance when he saw a job offer online.

“You can go to a place, and it’s kind of run down and needs a little love, and we’re able to turn that around and make something cool out of it. I think that’s what what I like the most in painting.

“I know where all the good bakeries are,” he said.

GDPD Director Gary Dyer said it was a big win for Manawatū and a good opportunity to shine a light on some of the good work happening in the paint industry.

“We just want to congratulate Tui for what he has done. You just have to appreciate what these young people go through to get their craft.”

They had fully trained about six apprentices over the past 10 years, and one of their goals was to have an apprentice of the year.