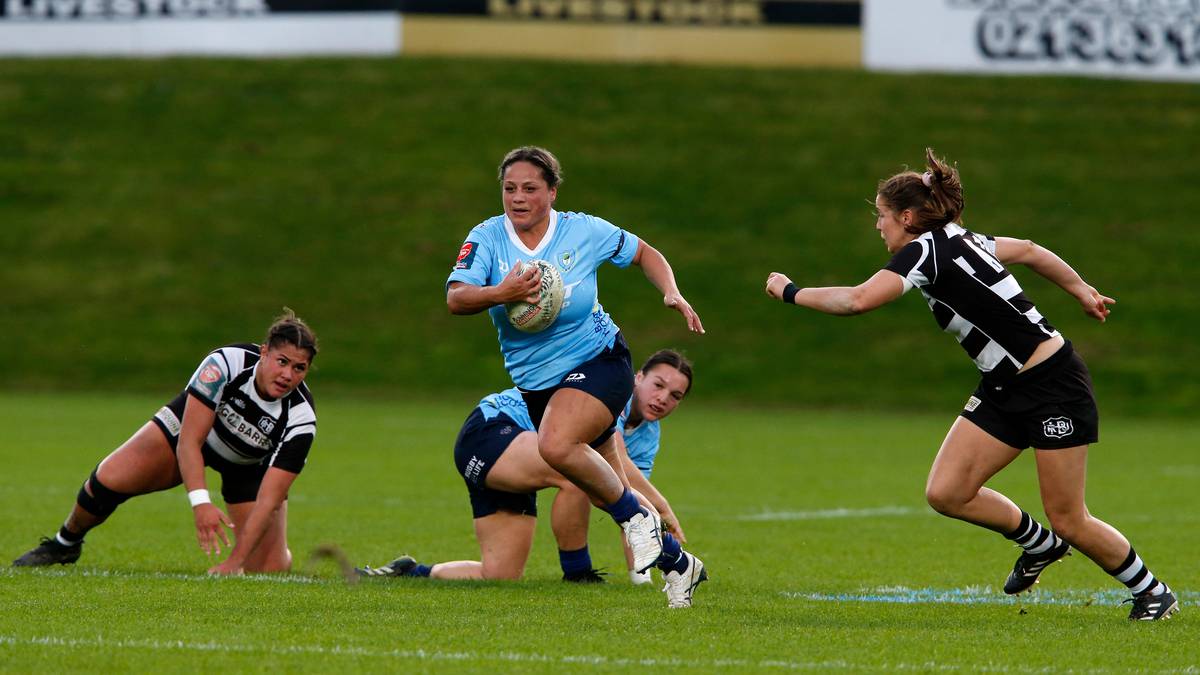 Alisha Proctor tries to walk outside the Hawke’s Bay Tui defense during the third inning of the Farah Palmer Cup match.

Basic skills let Northland Kauri down as the side failed to hold on to their half-time lead, losing at home 32-17 to Hawke’s Bay Tui.

The loss of 12 players from last year’s Farah Palmer Cup campaign and the absence of speedy full-back Tara Turner on Saturday at the Semenoff Stadium added to the hosts’ woes.

After beating Tasman Women 29-10 in the first round in Whangārei two weeks ago, the Kauri have now lost two on the trot.

They lost their first away game to Otago Spirit 39-10 at Dunedin’s Forsyth Barr Stadium on 30 July.

Kauri’s coach, Bodean Rogers, however, is optimistic about his team’s chances of making the playoffs.

The next two games against North Harbor (home) and Taranaki (away) will determine Kauri’s playoff hopes.