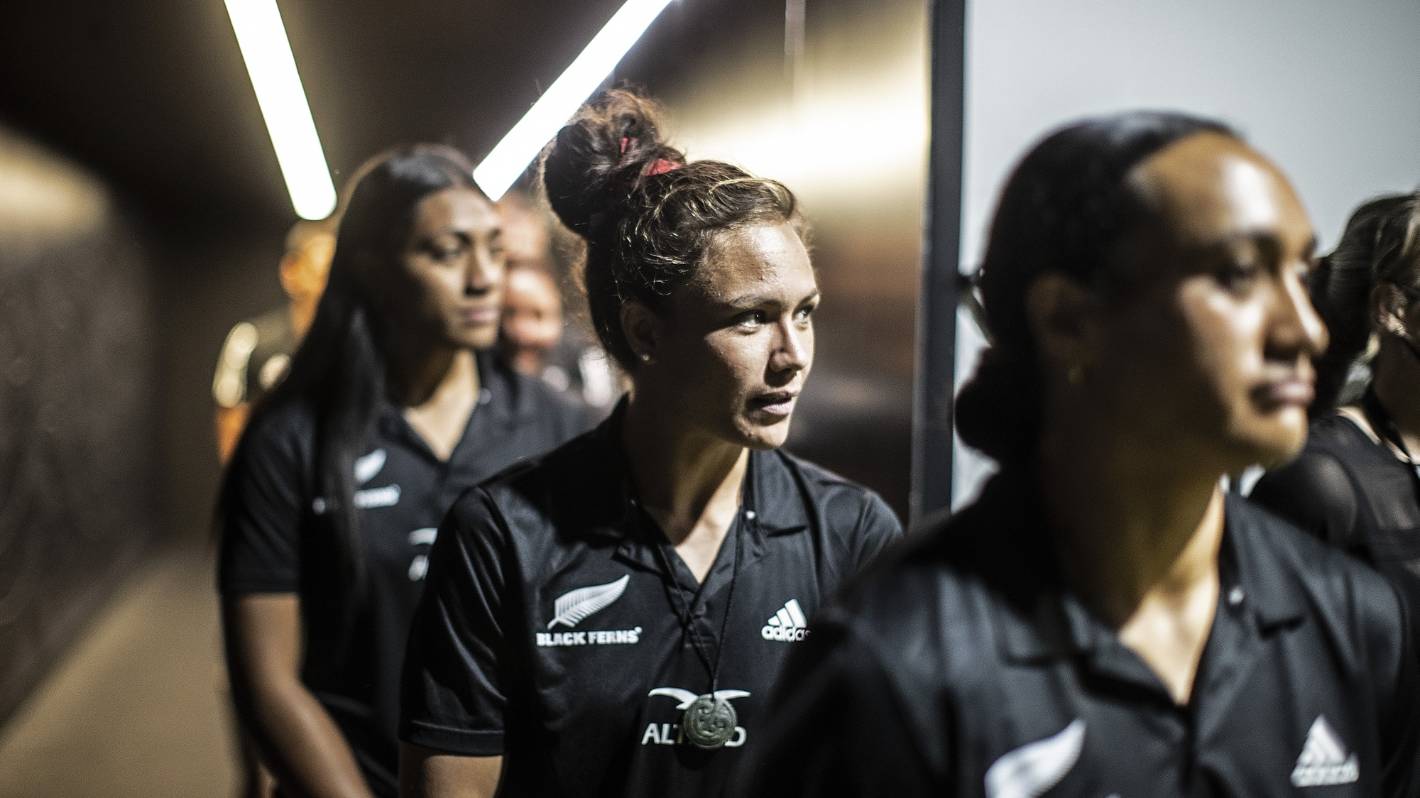 Ruby Tui was torn about leaving a stellar sevens career behind her but seeing her name in the Black Ferns squad vindicated her decision to move ahead of this year’s Rugby World Cup.

The 30-year-old will make her Test debut in the 15-man match when the Black Ferns host Australia in Tauranga in the Pacific Four Series first round on Monday.

She won everything at seven, from individual honors to Olympic gold at the Tokyo Games last year, but opted for a new challenge in a special season when New Zealand hosts the Women’s World Cup for the first time.

As one of Wayne Smith’s first-team debutants seven as the Black Ferns’ Director of Rugby, Tui is nonetheless one of the team’s most recognizable figures due to her accomplishments at seven but also due to a colorful and fun personality that went viral in an interview at the Tokyo Olympics.

Even Snoop Dogg saw Tui and the Black Ferns sevens perform their haka in Tokyo.

Tui said leaving her seven sisters wasn’t a choice she didn’t make lightly, but that she was ‘over the moon’ after being selected on the right wing to face the Wallaroos during of the Black Ferns’ first test at home in almost three years.

“It was quite surreal. There were a few tears. It was a moment I will never forget,” Tui said.

“I took months to decide [to leave sevens], with lots of face-to-face with people. I went to all my mentors for advice.

The Black Ferns roster has been announced for June’s Pacific Four Series.

“I was really torn, but when my name came up on that screen, there were no regrets.”

Tui was picked into the squad after impressing for the Chiefs, who won the inaugural Aupiki Super Rugby in March and could return to seven after the 15-man World Cup in October and November.

For now, she’s adjusting to life as a 15-year-old player.

“I went from a 45-minute max workout to three hours, bro,” she said.

“For the first time in my life, I am also hungry. I’m like, ‘Where are the cookies?’

“I miss girls at seven, obviously, but I’ve been there so long that nothing changes when I go back.

“But I just clicked on it – at seven, when you carry, you almost have to clean your own ruck.

“In 15 seconds you have all these beautiful forwards coming in and cleaning up for you.

“It was really difficult at first, but during the transition it was amazing.”

The other three starters are Gisborne duo Kelsey Teneti (centre) and Kaipo Olsen-Baker (No 8) and Canterbury lock Chelsea Bremner.

Bremner will start on the blind flank alongside his sister, three-Test free forward Alana, while on the bench are uncapped props Angel Mulu and Tanya Kalounivale and rookie free forward Tafito Lafaele.

The Tauranga Test will be a special occasion for Waikato center Teneti, 19, and Olsen-Baker, 20, who will form a Gisborne trio in the starting squad with one-Test full-back Renee Holmes, and the couple also grew up together as best friends. .

“I started crying for her,” Teneti, a seven-man contract called up as injury cover, said of Olsen-Baker, who was selected after his form for the Hurricanes at Aupiki.

“I had no idea I was going to be nominated because I was just happy to be here,” Teneti said.

Forward loose to a Test Kendra Reynolds, Head of Women’s Rugby Development for Bay of Plenty, will also take her first steps on familiar ground at the Tauranga Estate.

“The whole world saw me cry when I was chosen for my first match,” she said.

“That next moment came much sooner than I ever imagined.

“I cringed for a long time for this moment.

“To make it home, where I feel so good, with my whānau in the stands, and the province behind me and the other bay [of Plenty] girls, it’s an honor.