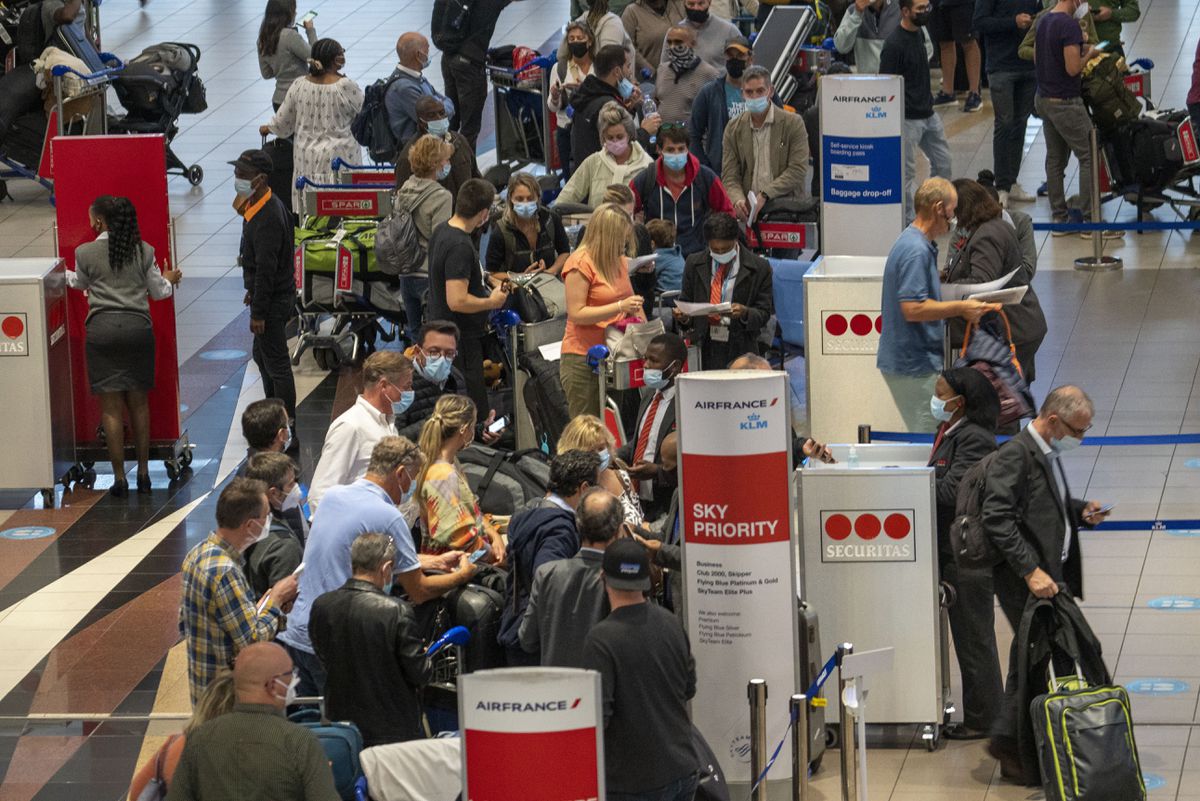 New federal travel rules, criticized by many scientists and health experts, have left some Canadians stranded in southern Africa while forcing others to spend unexpected time in a war-torn country on their way home.

Under a rule imposed last month, Canadians are prohibited from using a COVID-19 test from any southern African country if they return to Canada from one of those countries. Instead, they have to get a molecular test from a third country. This has forced some Canadians to stop in Ethiopia on the way home, despite federal advisories against travel to the country due to its civil war.

This weekend, the federal government announced a temporary exemption, but for one airline, Germany’s Lufthansa, and for only one week. The exemption allows transit through Frankfurt airport.

Scientists and other experts sharply criticized Canada’s refusal to accept testing in southern Africa. South African laboratories are considered world class and have detected the new Omicron variant before any other country, they noted.

Canada is one of the few countries in the world to require third-country testing for its travelers after imposing a travel ban on countries in southern Africa. He now faces the conviction of the Director General of the World Health Organization, Tedros Adhanom Ghebreyesus. On Twitter on Sunday, he said he was “appalling that some countries do not accept negative COVID-19 tests from countries of origin and instead require testing only from third countries.”

One of South Africa’s top scientists, Professor of Vaccinology Shabir Madhi, said on Saturday he was “speechless” over Canada’s refusal to accept South African testing.

Mosa Moshabela, a public health expert and deputy vice chancellor at the University of KwaZulu-Natal, said the Canadian rule was “unbelievable”. Clayson Monyela, head of public diplomacy in South Africa’s department of international relations, demanded an explanation from Canada and asked why he “doubted our ability to test” after trusting South African scientists who first detected the Omicron variant.

Canada is already facing stiff criticism from many African leaders and scientists for including only African countries on its travel ban list, even though Omicron has now been detected in at least 44 countries in the world. world and has spread in the community of some European countries without any connections to travel.

The temporary exemption for Lufthansa flights will allow many stranded Canadians to return home, including the junior women’s national field hockey team, which was in South Africa to participate in the now canceled Junior World Cup. The team will be able to return home on Lufthansa this week. But the exemption came too late to avoid travel nightmares for some Canadians.

There are no direct flights from Southern Africa to Canada, so Canadians normally transit through European cities or the Ethiopian capital Addis Ababa, the largest flight hub on the African continent. All of these roads have been blocked by the new rules, leaving many Canadians stranded.

Large numbers of Canadians were denied scheduled flights on Lufthansa and other airlines last week. In a bureaucratic Catch-22, they had to get their tests in transit, but there wasn’t enough time in transit to get the test results.

Some Canadians discovered their only route home was through Addis Ababa, where they had to leave the airport to look for a COVID-19 test in the city.

Robyn Jones, a Canadian living in South Africa, said she, her husband and three children were forced to spend 26 hours in Addis Ababa last week to take the required test. After being banned from their scheduled Ethiopian Airlines flight from Johannesburg to Toronto last Monday, they managed to catch a flight the next day, but then had to leave Addis Ababa airport to pass their COVID-19 tests. She said the family felt in great danger during their unscheduled visit to Ethiopia.

“We had to spend the night in Addis for a test at great expense and in a dangerous country with a travel advisory,” she told The Globe and Mail. “I feel very disappointed with the Canadian government. It was a hell of a trip!

A total of 16 Canadians were banned from flying on the Ethiopian airline last Monday due to the new rule, she said.

In its last message on Sunday, the Canadian government told Canadian citizens in South Africa that they should not take any flights through Addis Ababa as Canadians are urged to “avoid all travel” to Ethiopia.

Richard Saunders, a political science professor at York University who found himself stranded in South Africa last week, said Canadian officials first advised him to go through Addis Ababa – while warning him that he could be quarantined for 14 days in Ethiopia if he tested positive and he could not expect any help from the Canadian embassy due to their reduced numbers due to the civil war.

Mr Saunders was finally able to leave South Africa on a Lufthansa flight on Sunday evening, but remains critical of the third country rule. “It smacks of panic and politics imbued with a distinct anti-African bias,” he told The Globe. “It doesn’t appear to be science-based.”

Mr Saunders, who has lived and worked in southern Africa since the 1980s, said he wondered if the Canadian government realized how much it had caused damage to its reputation by imposing discriminatory rules on the region.

Francis Moran, a Canadian whose two sisters were stranded in South Africa for more than a week due to the third country test rule, said Canada is in fact denying its citizens their basic right of return. The rule was “unnecessary and redundant,” he said.

Belinda Dodson, an Ottawa-based academic expert on migration issues in Africa, said Canada’s third country rule was based on “ignorance and political posture” and “racist ideas about Africa”.

Global Affairs Canada, which asked for a response to the critics, told The Globe it would not be able to comment until Monday.

Our Morning Update and Evening Update bulletins are written by the editors of The Globe, giving you a concise summary of the day’s most important headlines. register today.

Which airports serve the Channel Islands?