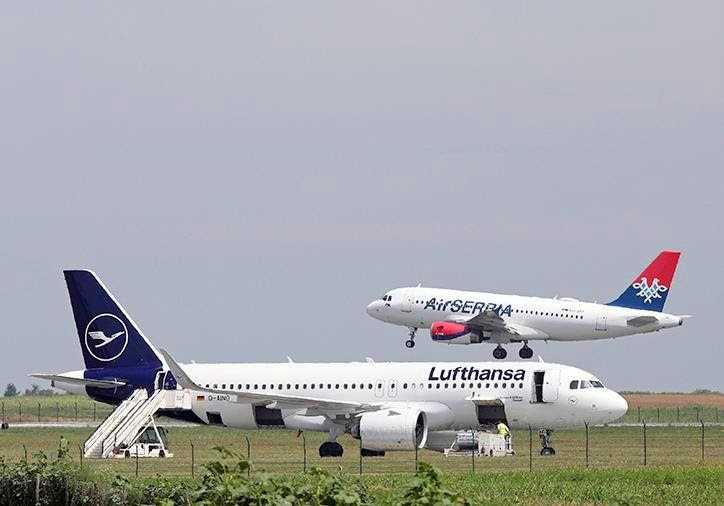 Lufthansa, Turkish and Air Serbia become the busiest in Ljubljana in the first half of the year

Lufthansa, Turkish Airlines and Air Serbia were the most active airlines from Ljubljana Jože Pučnik Airport during the first half of the year, according to data from the Statistical Office of Slovenia. The three airlines accounted for more than half of the airport’s traffic. The trio were also the only airline to maintain operations in the city for the entire six-month period, during which Ljubljana saw limited passenger flow due to strict entry requirements and Covid-related measures. in the country. Lufthansa was the busiest, with just over 19,000 passengers, followed by Turkish Airlines with 12,997 passengers and Air Serbia, which carried 6,212 passengers. While German and Turkish carriers maintained their operations with jets, their Serbian counterpart flew exclusively with the ATR turboprop.

Despite the three airlines operating throughout the first half of the year, the average cabin load factor on flights was relatively low, as Ljubljana Airport itself has repeatedly reported. Aeroflot, which resumed flights to the Slovenian capital in February, was the fourth-busiest carrier, followed by Air France, LOT Polish Airlines and Transavia. Figures for other carriers that flew for part of the first half of the year were negligible. These include easyJet, Brussels Airlines, Air Montenegro and Israir. Most of them resumed or started flights to the Slovenian capital at the end of June and only made one or two returns from the airport in the first half of the year.

Lufthansa, Turkish Airlines and Air Serbia have continued to expand their presence in Ljubljana in recent months. Due to increased demand, the German national carrier recently added three additional weekly flights between Frankfurt and Ljubljana for a total of seventeen weekly rotations. The carrier has also improved its capacity at times, deploying airplanes from the Airbus A320 family instead of the usual CRJ900 or Embraer E195 jets. Turkish Airlines recently added two more weekly rotations to the Slovenian capital for a total of five. It also sent larger jets to Ljubljana with the Airbus A321 now in use on most flights. Finally, Air Serbia has increased its operations between Belgrade and Jože Pučnik Airport to nine per week, operating the second highest number of flights to the city behind Lufthansa.

Eurowings will add 11 new routes from Prague to European destinations