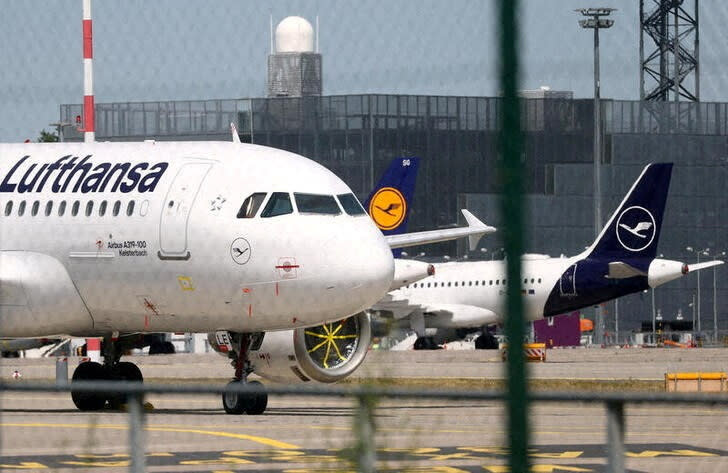 BERLIN (Reuters) – Lufthansa staff have called on the German airline to end its “cost-cutting spree”, accusing the airline of mismanagement and contributing to recent chaos at airports by laying off too many workers.

In a letter to the supervisory board seen by Reuters on Wednesday, staff representatives said there were too few staff to cope with booming summer demand and needed to be given the right terms to give the best of themselves.

Chairman Karl-Ludwig Kley said in a message to employees that he was aware of reports of assaults and in some cases even physical assaults by customers, “desperation and tears, helplessness while remaining loyal to Lufthansa”.

“I haven’t seen such an accumulation of problems in my career,” he said in the post on Lufthansa‘s intranet and seen by Reuters later on Wednesday.

Airspace closures and spare parts shortages due to the chip crisis are further aggravating the situation, Kley said, adding that he expects flight cancellations, staff hiring and Other measures introduced by Lufthansa are gradually bearing fruit.

Lufthansa had cut jobs and other costs during the coronavirus pandemic, which grounded most flights, and found itself understaffed just as it tried to capitalize on demand for summer travel which was coming back.

Lufthansa staff had warned that “a service company directed against its own staff has no future”.

Lufthansa chief executive Carsten Spohr apologized to employees and customers in late June, saying the airline “had gone too far in cutting costs here and there”.

Lufthansa is not the only struggling European airline as the entire aviation industry faces a summer of travel disruption amid impending walkouts.

How to avoid airport chaos this summer