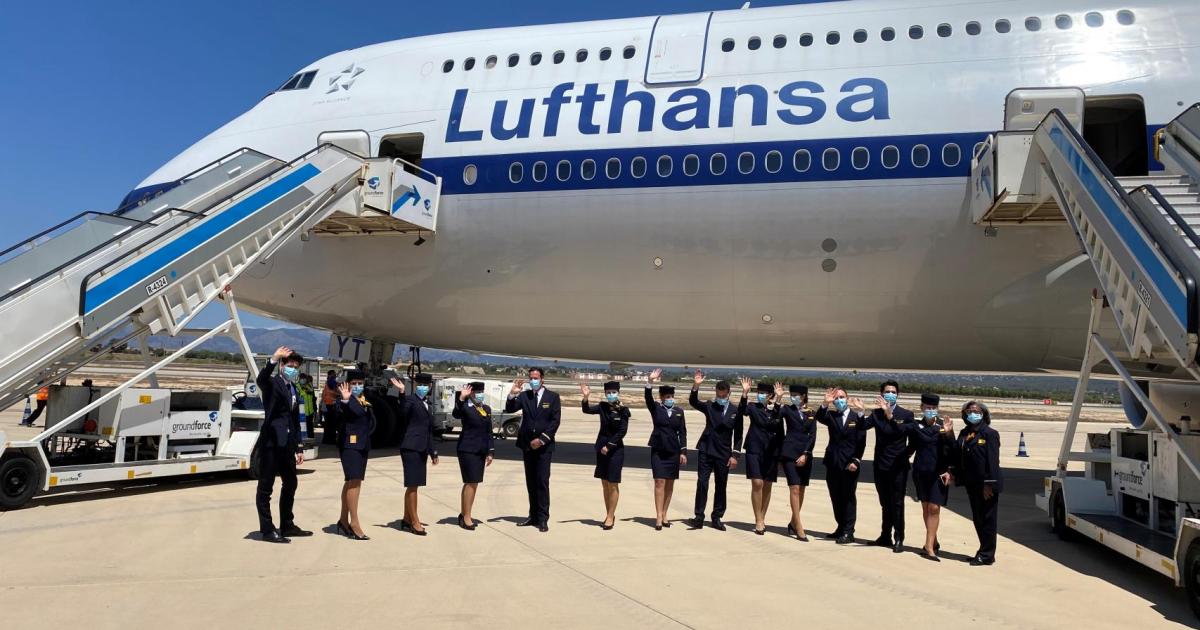 On Saturday, one of the Boeing 747-8s in Lufthansa’s fleet carried a full load of passengers from Frankfurt to Palma. There were 364 passengers, a number that should repeat itself (God willing and the German government) over the next three Saturdays.

Julia Hillenbrand, CEO for Western Europe, noted that it’s not every day you see a Lufthansa Jumbo land at Son Sant Joan and that the airline was happy that so many vacationers chose to spend their summer vacations “on the beautiful island of Mallorca and travel here with our airlines”.

For this particular service, a smaller aircraft with a capacity of 215 is normally used, but Lufthansa has programmed the Jumbo instead in order to meet “the very high demand coinciding with the start of the summer vacation in the state. of Hesse “. When the holidays start in Bavaria on July 30, Lufthansa operate the Airbus A350-900 between Munich and Palma; its capacity is just under 300.

In total, the group has 432 weekly flights to Palma, an increase of 4% compared to 2019. These are not all German flights, as it has subsidiaries in Austria, Belgium and Switzerland. Even so, Lufthansa’s ties with german airports seem to paint a rather different picture from the one presented to us recently; one which suggests that the German tourism market has not only stagnated, it has reversed due to cancellations caused by rising infections.

It is admitted that the positive scenario proposed by Lufthansa is only that of an airline group, that the situation could indeed turn negative and that a 4% increase in flights could well be due to what is happening with other airlines. Nevertheless, the story of Saturday Jumbo offered a great contrast to a report the same day indicating that there had been a decrease in bookings.

A few weeks ago, travel data company Dingus in Palma offered a perspective on the German market. At the end of June, German reservations were down 35% compared to the beginning of the month. But this was attributed to the fact that the travel metrics were more stable (they were at the time anyway) and rather than booking for immediate travel, German holidaymakers took a longer view and postponed their reservations more to August.

Meanwhile, German tour operator Alltours reported that short-term (immediate) bookings for Mallorca had double summer what they were in 2019. This confirmed what Dingus had discovered, whose conclusion was that there had been a strong initial demand in early June at the start of the season in Mallorca, but then there had been a stabilization .

But what none of them may have taken into account, or at least said in their public statements, is the unusual character of the German summer holiday market, which is conditioned by the fact that its peak lasts almost three months because the Länder have different school holidays. The holidays start in Mecklenburg-Vorpommern on June 22 of this year. They end when the schools in Bavaria and Baden-Württemberg are re-established; Bavaria is the last (September 13).

Lufthansa has understood the longer-term booking behavior. The use of the Jumbo was not decided last week. The decision has been made In early June, when it was reported that the airline was taking “extraordinary measures” due to the demand for Mallorca. At the same time, the A350-900 was assigned to the Munich route.

So what happened was that there was a strong initial demand after Mallorca opened up to German tourism from Easter onwards. Some Easter tourism was obviously linked to school holidays, just like tourism at the end of May because of Pentecost. But there was also the answer to the simple fact of having been able to go on vacation and come to Mallorca, which holds a special place in the hearts of German holidaymakers.

A plateau then occurred, not because there had been no reservations, but because these were not due to impulse. they were with School holidays in mind, and because the Lánder all operate on different schedules, there will usually be ups and downs, depending on those holidays, the state they are in and the flights available from which airport.

I am not saying that there were no cancellations because of, for example, concerns about the increased incidence rate in Mallorca. But sometimes it can be worth taking a moment to understand how certain markets work. The german market has operated for a long time as it has done this year, but certainly not without the peculiarities created by Covid which have resulted in most bookings being on a shorter term.

Unless the german government getting really hard with his advice, the German market should be ok; Lufthansa certainly thinks so.