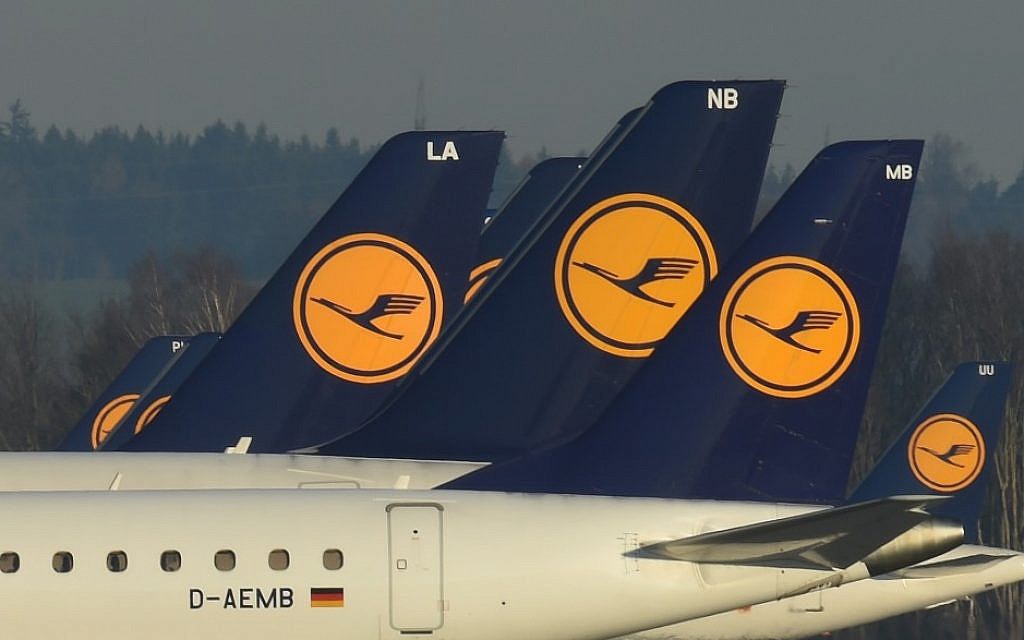 JTA — Airline Lufthansa is creating a senior position dedicated to preventing discrimination and anti-Semitism two months after banning a large group of Orthodox Jewish passengers from boarding a flight.

However, an independent investigation commissioned by the airline found there was no evidence of institutional anti-Semitism behind the incident, which the airline’s CEO said was “categorically inappropriate”.

In a letter to the Conference of Presidents of Major American Jewish Organizations, Lufthansa Airlines CEO Jens Ritter said the airline had set up an internal task force to investigate the May 4 incident during from which more than 100 Hasidic passengers were kicked off a connecting flight from New York. in Budapest because some of them had not worn a mask and had committed other theft offenses, such as gatherings in the aisles.

The incident outraged Jews in the United States and Europe, some of whom alleged the crew discriminated against all visible Jewish passengers, even those who followed the rules.

The Conference of Presidents was one of many Jewish groups to later criticize Lufthansa and demand a full account of the incident.

Most of the passengers were on pilgrimage and did not know each other; a Lufthansa supervisor was caught on video saying, “Everyone has to pay for a couple” and “These are Jews from JFK. The Jewish people who were the mess, who created the problems.

“It’s hard to believe, but it’s often an ignorance rooted in certain perceptions, and an ignorance that stems from an anti-Semitic nature,” she told a webinar hosted by the Anti-Defamation League. , speculating on the motives of the Lufthansa crew for deporting all Hasidic passengers. .

In Lufthansa’s letter, dated July 22 and first obtained by the Jewish Telegraphic Agency, the airline’s task force acknowledged that some of its crew members had been “insensitive and unprofessional” in their relationship with passengers. But the report concludes: “The thorough investigation did not reveal any feelings of anti-Semitism, prejudice or premeditated behavior on the part of Lufthansa representatives.”

Ritter also blamed “an unfortunate string of inaccurate communication, misinterpretation and unintended errors of judgement” on the end result, while pointing out that the “several Orthodox Jewish passengers” who did not comply with the regulations had ” created a precarious situation” and provoked “several announcements”. from the captain.

The CEO promised that the German airline would take further steps, including creating a management position “for the prevention of discrimination and anti-Semitism”, creating new training courses for staff on anti-Semitism issues and by adopting the International Holocaust Remembrance Alliance’s definition of anti-Semitism.

He had also executed the methodology of the report of Felix Klein, Germany’s top commissioner on anti-Semitism. The connecting flight in May was in Frankfurt, Germany.

“Lufthansa deeply regrets the denied boarding and the impact it has had on our passengers,” Ritter said.

The airline had previously apologized to passengers for not limiting its denied boarding to “non-compliant guests”.

Lufthansa on Wednesday canceled almost all flights from Frankfurt and Munich, stranding 130,000 people, after thousands of employees staged a strike for better wages.

Israeli cuisine is taking the world by storm. Here is your chance to participate…

The Times of Israel community is thrilled to present its new virtual kitchen series, B’teavonwhere world-renowned chefs show you how to prepare classic and modern Israeli dishes.

Learn more Learn more Already a member? Log in to stop seeing this

You are a dedicated reader

We’re really glad you read X Articles from The Times of Israel over the past month.

That’s why we started The Times of Israel ten years ago – to provide discerning readers like you with must-read coverage of Israel and the Jewish world.

So now we have a request. Unlike other media, we don’t have a paywall in place. But since the journalism we do is expensive, we invite readers to whom The Times of Israel has become important to help support our work by joining The Times of Israel community.

For just $6 a month, you can help support our quality journalism while benefiting from The Times of Israel WITHOUT ADVERTISINGas well as access Exclusive Content only available to members of the Times of Israel community.

Thanks,
David Horovitz, founding editor of The Times of Israel

Spain captain Bimba is living his rugby dream with Tui