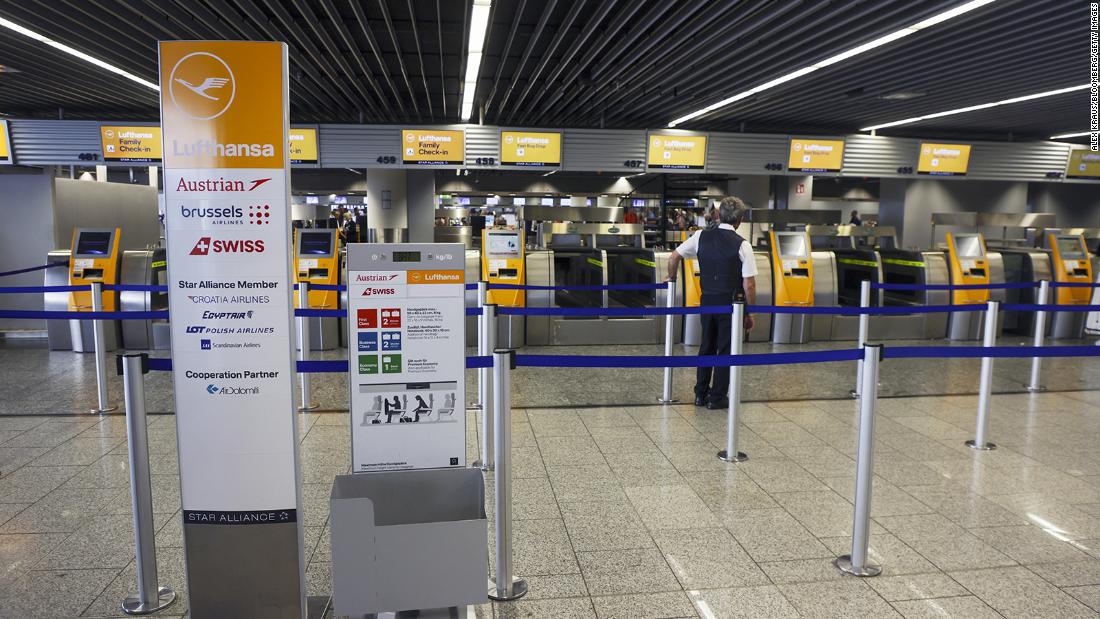 (CNN) — Lufthansa on Wednesday announced the cancellation of almost all of its flights in Germany due to a strike, the company said in a press release on Tuesday.

Given that a ground staff strike by the Ver.di union will have “a massive operational impact in the midst of the peak travel season”, the airline said it “must cancel almost the entire flights at its Frankfurt and Munich hubs for Wednesday.”

With the summer holiday season underway, the airline said it was already working under high pressure to restore flight schedules for this weekend, following previous strikes. Wednesday’s strike could still lead to individual flight cancellations or delays on Thursday and Friday, Lufthansa warned.

At Frankfurt airport, a total of 678 flights will be canceled, including 32 on Tuesday and 646 on Wednesday, according to Lufthansa. An estimated 92,000 passengers will be affected.

At the Munich hub, a total of 345 flights will have to be canceled, including 15 on Tuesday and 330 on Wednesday. Around 42,000 passengers will be affected, Lufthansa said.

Lufthansa, which is Germany’s flag carrier, added that rebooking capabilities for passengers affected by the cancellations are very limited.

The Ver.di union is demanding a 9.5% pay rise for Lufthansa ground staff, with a minimum increase of €350 ($368) per month for 12 months. Staff are overworked due to major staff shortages, high inflation and a three-year wage freeze, the union said.

Michael Niggemann, director of human resources and director of labor at Deutsche Lufthansa AG, told reporters on Tuesday that the strikes were “causing enormous damage”.

Lufthansa had offered “very substantial wage increases over the next 12 months”, he said, adding that the strike “is simply no longer proportionate”.

US traveler returns to Europe to retrieve stranded luggage

The most notable new airline routes this week