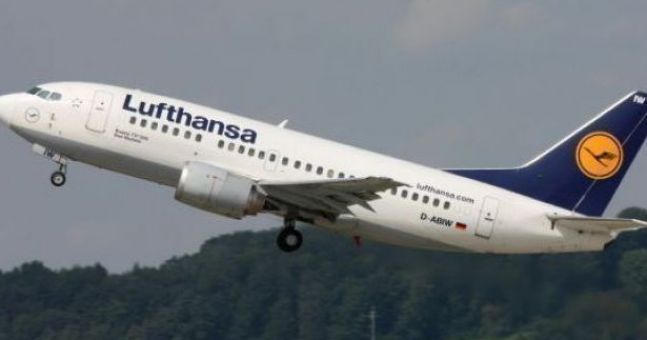 
The European Union should set binding targets for airlines to use a share of green “electric kerosene” to reduce carbon emissions, said Lufthansa and a group of environmental activists, fuel producers and airports in a letter.

The European Commission will propose to airlines targets for the use of a minimum share of sustainable fuels on July 14. because the targets were deemed too low.

In the letter to the bloc’s climate and transport officials, Lufthansa, the Transport and Environment campaign group and others call on Brussels to set an additional target for airlines to use 0.5% to 1% for l e-kerosene produced from green hydrogen in 2027 and 2.5% in 2030.

Electronic kerosene is a jet fuel produced from renewable electricity.

“The introduction of sustainable fuels and in particular e-kerosene will require careful consideration of measures to avoid distortion of competition to the detriment of European airlines,” the letter said.

If the airlines do not comply, the letter says the penalty should be a charge at least equal to the price difference between green fuels and cheaper alternatives to fossil fuels. This could help give investors the certainty that there will be a demand for such fuels and encourage them to invest money to increase the production of electric kerosene, he added.

Sustainable Aviation Fuels (SAF), which can be produced from biomass or renewable energy, currently represent less than 1% of jet fuel consumption in Europe.

“Electric kerosene can immediately and sustainably begin to reduce the climate impact of aviation without any change in the way aircraft operate,” said Matteo Mirolo, head of aviation at Transport and Environment. “The EU should think big and provide investors with a clear signal that there will be a growing market for e-kerosene in Europe.”

Aviation accounted for 3.7% of EU emissions before the COVID-19 crisis.

Jet2, TUI, Ryanair and easyJet at the latest: All countries on the green list where quarantine is not required on return to the UK

TUI: Non-binding convenience translation from German of the notification published in the German Official Gazette (Bundesanzeiger) on 01 July 2021