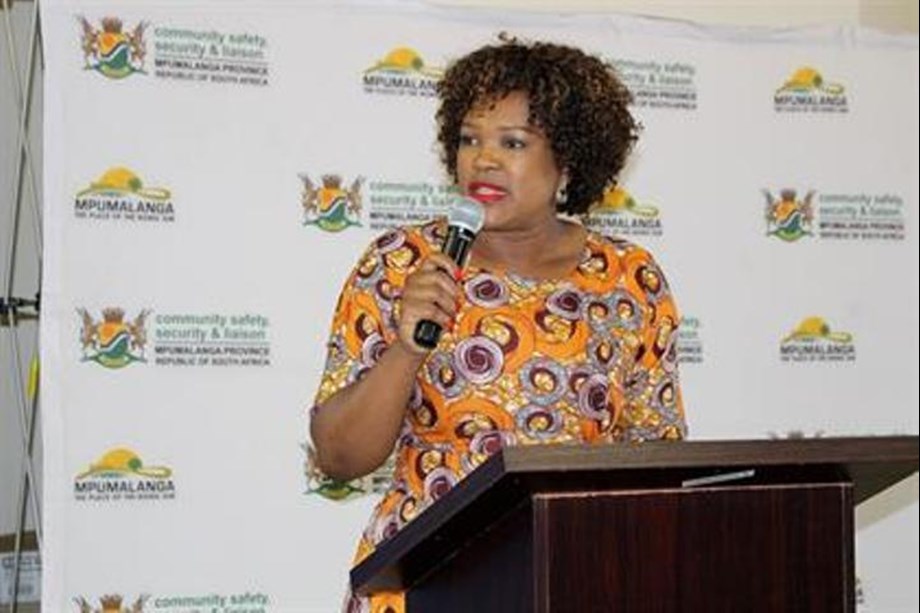 Lufthansa Airlines will establish a connection between Germany and Kruger Airport

Mpumalanga Premier Refilwe Mtshweni-Tsipane has announced that Lufthansa Airlines, through its Euro-Wings division, will soon establish a service between Frankfurt in Germany and Mpumalanga Kruger International Airport.

“This is a major boost and a welcome investment for our struggling tourism industry.

“Our continued engagements with European airlines for direct routes to Mpumalanga are starting to bear fruit,” Mtshweni-Tsipane said on Friday as she received the state of the province address at the Mpumalanga Legislative Assembly. .

The Prime Minister took the opportunity to present various initiatives aimed at attracting investment, efforts to transform the economy and create jobs.

“We have set up a Just Transition and Climate Change Task Force that reports directly to the Prime Minister’s Office on a quarterly basis. This will allow us to tap into the R131 billion pledged by industrialized countries to help ‘South Africa to implement a just policy’. transition to a low-carbon economy, while ensuring job security for affected communities,” said Mtshweni-Tsipane.

This project is a partnership between the government, the private sector and the Mapulana Communal Property Association (CPA) which owns the land. The community will have a stake in the project. When completed it is expected to create over 100 permanent jobs and during construction 300 employment opportunities will be created.

“The walkway that will make God’s Window a must-see place in the world. Located in the Blyde River Canyon nature preserve, the God’s Window walkway project will offer visitors a 360-degree panoramic view, with a 12m walkway suspended from the cliff. The footbridge will be far higher than anything that has ever been built in the world. We expect to attract two million tourists to the Blyde River area,” Mtshweni-Tsipane said.

A total of R475 million in public-private investment has been raised for the gateway project.

“We are making significant progress with the development of a new hotel and conference center in Middelburg. The project is currently at the earthworks stage. We expect completion in 18 months.

“Vodacom has announced that it will invest R450 million in upgrading its network and back-up power across the province. The South African National Roads Agency (SANRAL) will invest R9 billion in road infrastructure in the province,” the Prime Minister said.

SANRAL’s projects will include upgrading the N2 between Ermelo in Mpumalanga and KwaZulu-Natal, as well as the R40 between Hazyview and Bushbuckridge.

These two projects will create employment opportunities and benefit businesses owned by young people, women and people with disabilities.

The upper structure buildings of the Mpumalanga International Fresh Produce Market will soon be completed and the province is aiming for operationalization in the financial year 2022/2023.

Industrialization, localization and export promotion is a priority area that forms part of Mpumalanga’s economic reconstruction and recovery plan.

The Prime Minister said that the Nkomazi Special Economic Zone (SEZ) in Nkomazi Municipality and the Petrochemical Industrial Technology Park in Govan Mbeki Municipality have huge potential to expand the industrial base of the province.

Consequently, these projects will stimulate economic growth, reduce poverty and reduce unemployment, in particular by improving the skills required by the provincial economy.

“These projects provide investment opportunities for companies in the areas of agro-industry, logistics, chemical industries, training sector, warehousing, offices, conference facilities and Furthermore, these projects will also facilitate the export of commodities through, among others, South African ports, including the Port of Maputo or air transport to overseas markets using Mpumalanga International Airport. Kruger,” she said.

Mpumalanga contributed nearly R400 billion, or around 7.5%, to South Africa’s gross domestic product (GDP) in 2019 before COVID-19. Mpumalanga’s contribution was the fifth largest of the provinces.

(With contributions from the South African government press release)