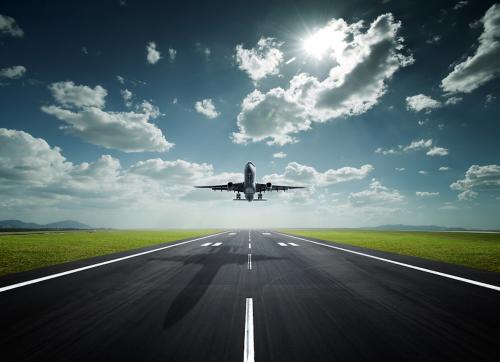 The taxpayer was an international air carrier residing in Germany. It had a branch in India, through which it carried on its Indian business. The taxpayer derived his income from the operation of passenger and cargo aircraft on an international basis. He also won collection fees from the AAI for collecting UDFs 1 passengers on behalf of AAI and forward it to AAI. While these collection fees were paid to AAI for arriving and departing passengers, the taxpayer’s India branch staff collected these fees only for passengers departing from India. The collection costs were paid by AAI to the taxpayer through a rebate (compensation) in the UDF which was to be passed on by the taxpayer to AAI.

Article 8 of the tax treaty states that “profits from the operation of ships or aircraft in international traffic 2 are taxable only in the State where the place of effective management of the company is located. Consequently, profits derived from the operation of aircraft in international traffic, which are effectively managed in Germany, are taxable exclusively in Germany, even if they were attributable to a permanent establishment (“PE“) in India.

The issue before the Delhi court was whether the collection costs constituted profits from the “operation of aircraft”. If so, India would not be allowed to tax the income under Article 8 of the tax treaty. Otherwise, Article 7 would govern the allocation of taxing rights between India and Germany, whereby profits could be taxed in India to the extent that they were attributable to a PE in India.

The taxpayer argued that the nomenclature “collection costs” was inaccurate and that it was only a “discount” granted to the taxpayer to collect the UDF and forward it to the AAI within a specified period. This “rebate” granted by the AAI to the taxpayer is not taxable under Article 8 of the tax treaty because it is income derived from “the operation of aircraft in international traffic”.

The tax administration, on the other hand, argued that the collection costs were collected by the taxpayer for rendering the service of collection and transmission of the UDF to AAI, and did not arise from “the operation of aircraft in international traffic”. Revenue noted that the collection fee was collected for a commercial activity independent of the aircraft operating business. The tax administration also argued that “rebates” are not covered by the scope of Article 8 of the tax treaty and, therefore, the taxpayer’s argument that the costs of collection, being “discounts”, should be exempt from taxation under Article 8 of the tax treaty. treaty is wrong.

The question of what constitutes profits from the “operation of aircraft in international traffic” is controversial. Therefore, this case is an important jurisprudential development on the issue.

A parole order or an order for reasons is an important part of the principles of natural justice. 3 Respectfully, it appears that the reasons for the judgment leave something to be desired.

One of the grounds for appeal was that the collection of UDF from passengers on behalf of the AAI is an incidental/incidental activity to “operating aircraft” and therefore the cost of collection are exempt from tax under Article 8 of the tax treaty. Obviously, this argument flows from paragraph 4 of the Commentary on Article 8 of the OECD Model, the importance of which for the interpretation of tax treaties was emphasized by the Supreme Court in the Engineering Analysis judgment. 4 However, the judgment reveals no consideration of whether the collection of the UDF was indeed incidental to the taxpayer’s “operation of aircraft”.

Although the judgment concludes that the collection costs constituted “business income”, it does not analyze whether the taxpayer actually had a PE in India and to what extent profits, or for that matter losses, may be attributable. to such PE, if any. Even if it could be assumed that the branch in India constituted a PE through which the collection costs were collected, it would be crucial to determine whether such activity could be considered to be of a “preparatory or auxiliary” nature, in order to be excluded from the definition of a PE by Article 5(4) of the tax treaty. 5

Further, Article 7 of the tax treaty provides that only that part of the “profits” is taxable in India which is attributable to the PE in India. In this context, the judgment appears to have failed to address an important ground of appeal raised by the taxpayer. More than 60-65% of the passengers were returning passengers whose UDF was not collected by the Indian branch, but was paid by the taxpayer. The ground of appeal reveals that the UDF was to be paid to the AAI for both inbound and outbound passengers. However, they were collected and paid by the taxpayer’s Indian branch only for outbound passengers. Accordingly, it can be argued that only collection fees that have been paid for the collection of UDFs from departing passengers could be considered attributable to the PE in India.

The judgment may not have adequately considered the facts or the law, presumably in an effort to simplify the issues in dispute. It is likely that the taxpayer could appeal the decision to the Delhi High Court to correct this anomaly.

1 As the Delhi court noted in that judgment: “UDF is levied at Indian airports as a measure to increase the revenue of the airport operator.
The UDF is levied to make up any shortfall so that the airport operator can get a fair rate of return on investment. The quantum of UDF
varies from airport to airport and UDF rate at airports is determined by Airports Economic Regulatory Authority of India (AERA) for major
airports and Ministry of Civil Aviation for non-major airports. Currently, UDF collection charges at a flat rate of Rs.5/- per passenger (all inclusive) are
authorized to airlines subject to payment of UDF collection to AAI within 15 days of receipt of invoice”

2 Article 3, paragraph 1, point i), of the Germant Treaty: “the term “international traffic”; means any transport carried out by a ship or an aircraft operated by an enterprise whose place of effective management is located in a Contracting State, except when the ship or aircraft is operated solely between places in the other Contracting State”.

4 Engineering Analysis Center of Excellence Private Limited v. CIT, Civil Appeals 8733-8734 of 2018. See paragraph 159: “These individuals and/or assessees may therefore rely on the OECD Commentary for the provisions of the OECD Model Tax Convention, which are used without change substantial by the bilateral DTAAs, in the absence of judgments of the municipal courts clarifying the same, or in the event of contradictory municipal decisions.

5 4. Notwithstanding the preceding provisions of this article, the expression "stable establishment" shall be deemed not to include,—

(a) the use of facilities solely for the purpose of storing, displaying or delivering goods or merchandise belonging to the company;

(b) maintaining a stock of goods or merchandise belonging to the company solely for the purpose of storage, display or delivery;

(c) the maintenance of a stock of goods or merchandise belonging to the enterprise solely for the purpose of processing by another enterprise;

(d) the maintenance of a fixed place of business solely for the purpose of purchasing goods or merchandise or gathering information, for
company ;

e) the maintenance of a fixed place of business for the sole purpose of carrying on, for the company, any other preparatory or auxiliary activity
character ;

(f) the maintenance of a fixed place of business solely for any combination of activities referred to in subparagraphs (a) to (e), provided that the
the activity of the fixed installation resulting from this grouping has a preparatory or auxiliary character. [Emphasis Supplied]