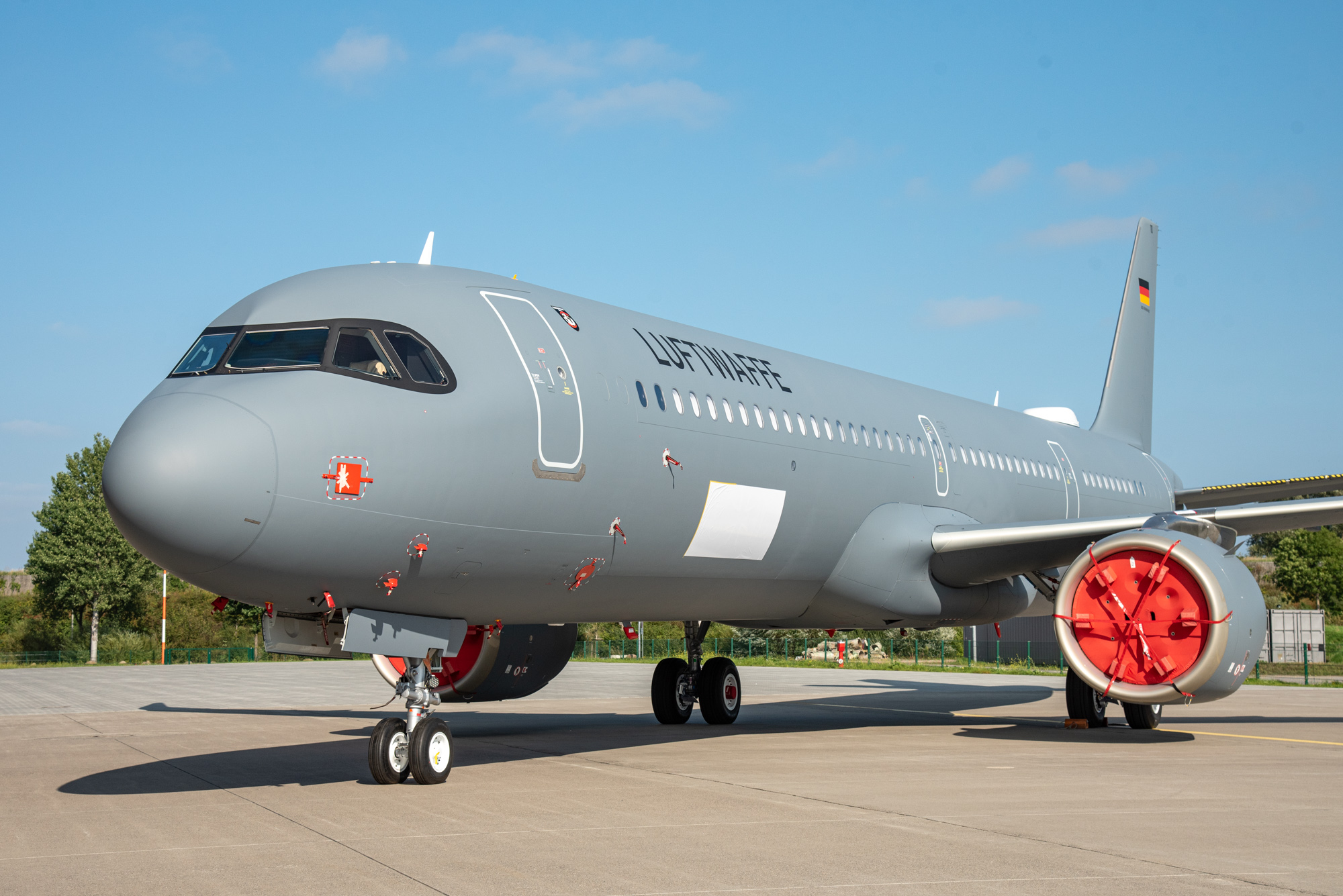 The German Air Force (Luftwaffe) unveiled the first of two A321LRs intended for troop transport and medical evacuation. Both planes were ordered by Lufthansa Technik last year, on behalf of the Luftwaffe, and will be delivered to the Air Force in 2022.

The ACJ321LR comes out of the paint shop

It has been just over a year since Lufthansa Technic ordered a pair of A321LRs from Airbus Corporate Jets. These two aircraft are intended to be equipped by Lufthansa Technik on behalf of the German Air Force (Luftwaffe), and will be used in missions such as troop transport and medical evacuations.

This week, the Luftwaffe unveiled the first of these planes as it just rolled out of the Hamburg paint shop. The A321LR is painted in a fully gray livery with Luftwaffe titles and the temporary D-AVXU registration. He will finally be granted the Air Force registration of 15 + 06.

The two A321s came from an order placed by Lufthansa for 40 A321neo. They were upgraded to the LR variant and control was taken over by Lufthansa Technik. They are expected to replace the Airbus A310 ‘Kure Schumacher’, a 32-year-old aircraft registered 10 + 23. This plane was taken out of service last week and will now become a feature of a local zoo – the Serengeti-Park Hodenhagen, located 50 km (31 miles) from Hanover Airport.

The plane is expected to be delivered to Lufthansa Technik in mid-October, where it will receive its interior fittings to prepare it for entry into service. The interior will feature a combination of seats and patient transport units, with the ability to switch between configurations for specific missions.

AeroTELEGRAPH says that in total, the A321LR will be able to have 18 different interior configurations. These range from carrying 136 passengers to a maximum of 163 passengers, as well as a flying hospital for six critically ill patients or up to 12 moderately ill or injured people.

and with a mask pic.twitter.com/hdtTbry8AC

The aircraft will be able to fly up to a maximum range of 4,200 nm / 7,800 km or 9.5 flight hours, according to Airbus. At the time of the order, Benoit Defforge, president of the ACJ, commented,

“We are delighted that Lufthansa Technik has become the launch customer for the ACJ long-range version of the world’s best-selling A321neo. The ACJ320 family comprises the widest cabin of any single-aisle aircraft in the sky, providing the greatest passenger comfort and the greatest intercontinental reach. Lufthansa Technik and the German government have a long-standing relationship with Airbus and we are proud of this landmark new order with us. “

A long-standing relationship indeed. In fact, Lufthansa Technik has ordered a total of five Airbus aircraft on behalf of the German government. In addition to these two small carriers, the firm has also ordered three ACJ350-900s for the replacement VIP transport. Colloquially nicknamed “Merkel One”, the first of these was delivered to Lufthansa Technik in May last year, entering service with the German government in January 2021.