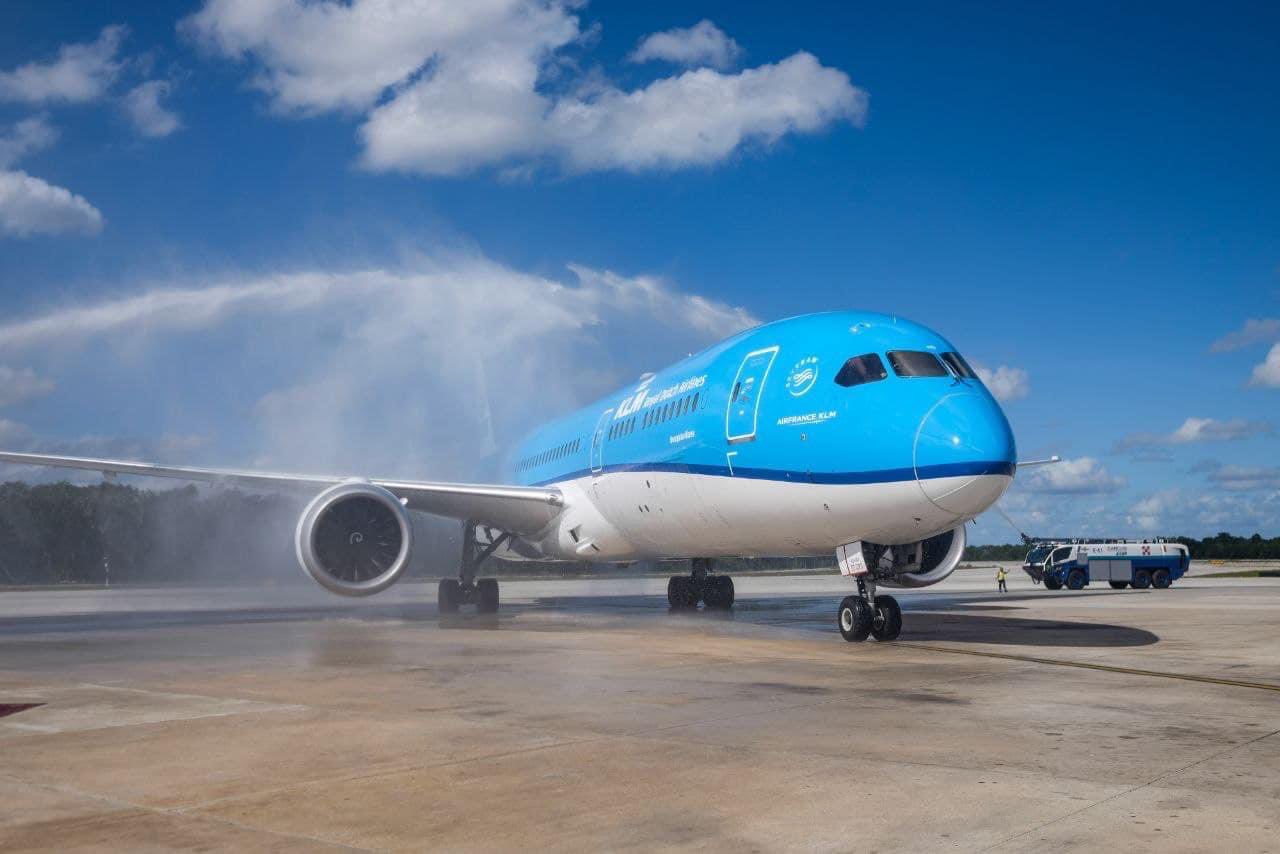 KLM Royal Dutch Airlines has added the holiday town of Yucatan to its network of destinations, offering a wide range of connecting flights through its hub at Amsterdam / Schiphol.

On Tuesday, November 2, the first flight took place and reached 100% occupancy, demonstrating the great interest in Cancun on the part of European tourists. Initially, KLM will operate four flights per week (Tuesday, Thursday, Friday and Saturday). Then, between December 19, 2021 and January 16, 2022, a fifth frequency will be added on Sunday. They will be operated by Boeing 787-9s.

The flight was greeted by the Mayor of Benito Juarez, Mara Lezama, and Wilfrid Mohr, Ambassador of the Kingdom of the Netherlands, at Terminal 4 of Cancun International Airport.

Additionally, this flight was operated with Sustainable Aviation Fuel (SAF) produced from the reuse of cooking oil, reducing carbon emissions by 75%.

For the Dutch airline, Cancun is the second destination in Mexico, since it offers a daily flight to Mexico City (MEX) in a Boeing 787-9. Its partner Air France also offers flights to both destinations from Paris / Charles de Gaulle, with 10 weekly connections to the Mexican capital and daily to Cancun, operated by Boeing 777-300ER and Boeing 787-9.

It is not news that Mexico is the market with the highest recovery rate. For November, according to data obtained by Aviacionline via Cirium, the domestic sector recovered 83.4% of its flight offer and 98% in the international sector, compared to the same period in 2019.

This destination has been a decisive factor for airlines, given that Mexico has not taken drastic measures to curb the entry of tourists into its territory given the health crisis, being a market in high demand by passengers. .

This situation is complemented by the fact that the vacation markets in Asia-Pacific are still subject to severe restrictions and a delicate epidemiological situation.

“Bear of the Pyrenees”, the former CEO of Airbus Jean Pierson has died

Eurowings and Smartwings launch code sharing despite differences in alliance