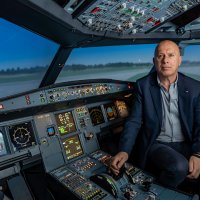 Interview: the growing appeal of aviation in Malta

In mid-May, the Hungarian company Wizz Air became the latest carrier to announce plans to open a subsidiary in Maltatargeting an October 2022 launch.

This decision follows the decision by Eurowings and the Lufthansa Group to set up a new company in Malta and apply for an Air Operator’s Certificate (AOC) there. A gradual transfer of 19 Airbus A319/320s and crew from Austria-registered Eurowings Europe to the new Maltese carrier, Eurowings Europe Limited, is planned for the 2022/2023 winter flight schedule.

“There are 672 aircraft registered in Malta, with a significant shift from business jets to commercial airliners,” Charles Pace, general manager of civil aviation at Transport Malta (CAD), told Routes.

The largest player in terms of aircraft registered with airlines is the Ryanair Group, made up of Ryanair, Ryanair UK, Buzz, Lauda Europe and Malta Air, which has around 170 aircraft with the Malta 9H registration prefix. “Wizz Air could have around 80 aircraft on the register in the first year,” Pace added.

But what makes Malta, located near Italy, between Europe and North Africa, so popular?

“We talk to airlines in many ways and there’s always simplicity,” said Pace, who is also a Boeing 737 captain. some other countries. We want to be fair. We sit down, analyze and come up with a better plan, establishing good processes. »

Pace said decisions to establish an AOC in a foreign country are not taken lightly by airline management: “They all did their due diligence. We can simply say that we want the business and strive to do the job diligently and efficiently.

And the demand for alternative AOCs is growing. Currently, CAD handles five airlines, including Eurowings Europe, Wizz Air and Challenge Air Group, which has an AOC in Belgium.

It is also processing a request for Flight, partly owned by US regional carrier Mesa Airlines. Mesa plans to launch its European Union-based subsidiary in a joint venture with British aviation consultancy Gramercy Associates and transfer several CRJ Regional Jets to Europe. The new carrier will offer capacity purchase agreements and ACMI services.

“The Mesa process has begun and Flight could begin operations this summer depending on when the first aircraft will be registered,” Pace said.

Malta is a very small island of 316 square kilometers and approximately 500,000 inhabitants. Its main economy is tuna fishing and tourism, and it is strong in financial services and shipping. However, the government is seeking to rapidly develop its aviation industry.

Apart from the airlines, global MRO companies like Lufthansa Technik and SRTechnic have huge hangars in Malta. Lufthansa Technik, for example, has 500 employees. There are also smaller MRO providers like Aviation Cosmetics, MCM, and Medavia, among others. “A total of 7,800 people in Malta work directly in aviation,” Pace said. His department already has 70 people.

“For us, every small investment is important, every small business is welcome. Because we think you’re a customer, you’re an investor,” Pace said.

The Maltese regulator is extremely strict when it comes to withdrawing certificates. Airlines have been suspended and even revoked for continued non-compliance with EASA and EU regulations. Malta has one of the strictest regulatory authorities in Europe and is regularly audited by EASA.

“We made enemies, and some countries don’t like us, because we managed to get good results,” Pace said. “But all of this is done with safety as the ultimate goal,” he said, adding that CAD’s strategy is to grow sustainably.

“We want to grow in a controlled way. There’s room for everyone,” Pace said. Other major players in the airline AOC trade are Ireland and Austria.

And how do local businesses see Malta’s aviation strategy? “Transport Malta has done a fantastic job of putting Malta on the map in this regard,” Alan Borg, CEO of Malta International Airport, told Routes.

Major industry players look to Malta for aircraft operating licenses and aircraft registration due to the reputation the island has built over the past decade.

“It is safe to say that Malta has made a name for itself in this market through the introduction of pragmatic processes that facilitate the licensing and registration of aircraft, as well as a range of competitive advantages,” Borg said.

He also believes Malta International Airport stands to benefit from this development, saying: “The aviation industry has always presented many economic opportunities for the Maltese Islands, and all industry stakeholders have always worked hand in hand. hand to ensure that this sector continues to thrive through improved connectivity and diversification.

Lufthansa Cargo has halved its carbon footprint in 25 years