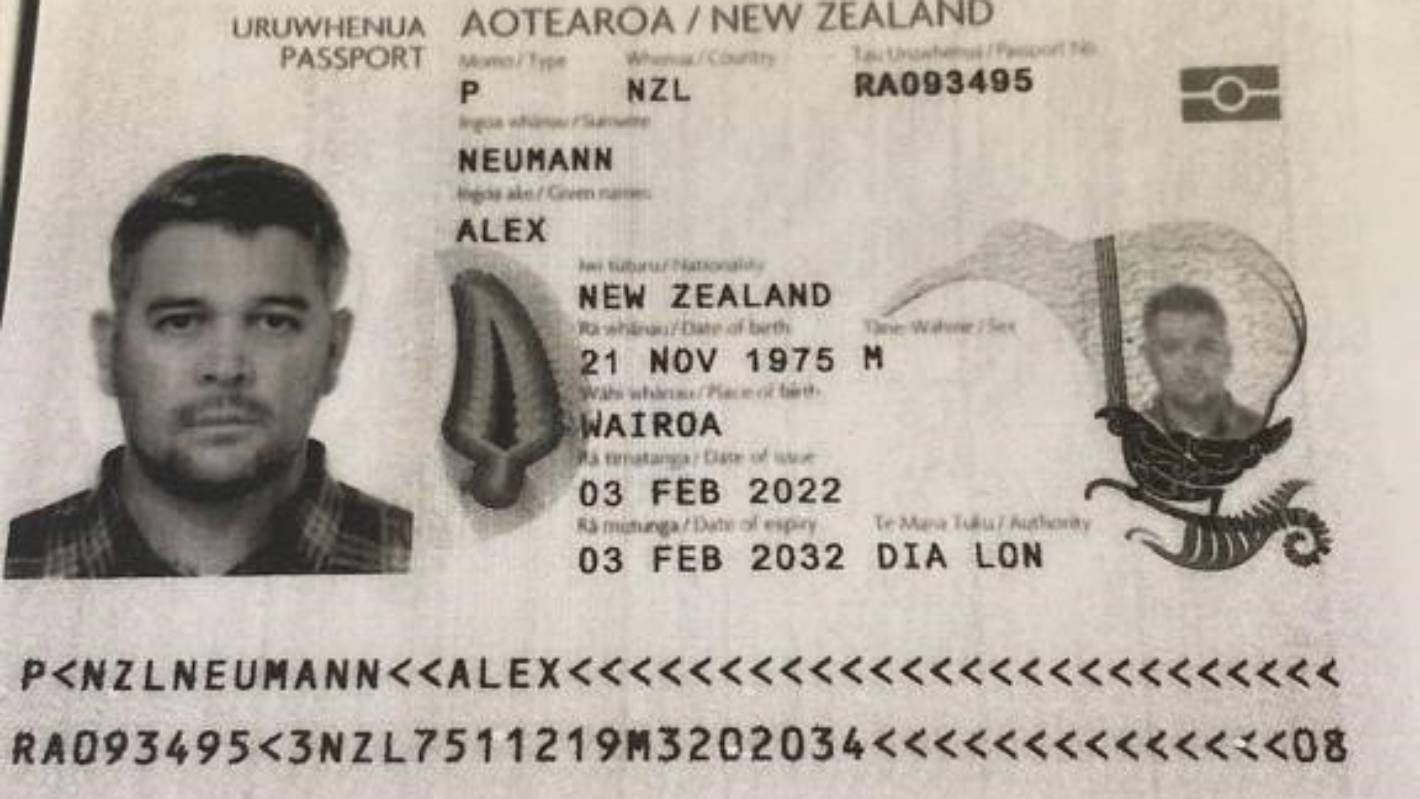 Infamous scammer Wayne Eaglesome has reappeared in Turkey and Bangkok in recent weeks, claiming to be a German national with $90 million in bitcoin.

Eaglesome, who has more than 250 convictions and around 40 aliases, fled New Zealand around a year ago when he was charged with breaching his release conditions.

In December, it was revealed that he had traveled to Spain to offer men large sums of money in exchange for sex under the name Friedrich Freiherr Von Thyssen.

Several backpackers have now come forward to share their experiences with a man named “Alex Neumann” in Bangkok and Turkey.

An American backpacker, who declined to be named, met Neumann on May 2 at a hostel in Istanbul.

Con artist and convicted sex offender Wayne Eaglesome has surfaced in Spain and is offering people €20,000 for ‘full service’.

The backpacker and his wife were receiving instructions from the hostel on how to get to the famous mosque, the Hagia Sophia, when a man carrying a bag full of magnum ice creams told him and his wife, “you look like you need ice cream”.

The man had an accent that sounded like “fancy lords in England”.

“He was easy to like and we walked away from the hostel feeling like we already had friends to meet later.”

Later that day, when the backpacker returned to the hostel, Neumann, who had a New Zealand passport under that name, invited the couple and six other backpackers to dinner.

Before they left, he explained to them that he was a German national, had attended Oxford and now worked for a large investment management company. He claimed to have an apartment in Berlin, but spent most of his time in Frankfurt and Brussels.

Neumann paid for everyone’s meals which came to around NZ$135. After dinner, they returned to the inn bar. He told the backpacker about his Russian clients who were “great people” who opposed the war in Ukraine but whose assets were frozen.

During the conversation, Neumann shouted to everyone in the bar for a beer.

“I didn’t think of anything other than maybe he has so much money that a few beers are nothing at all.”

Neumann used his phone to show the backpacker he had $90 million in bitcoins.

He said some of his Russian customers were selling bitcoin at a discount. He had three rooms and would be happy to share one with the backpacker.

The backpacker, who had bitcoin, but had “no interest in helping Russian millionaires,” said he would consider the offer.

Two days later, over breakfast, Neumann told the backpacker that another backpacker had bought some of his bitcoins.

The backpacker grew even more suspicious when Neumann started talking about his recent trips to Barcelona, ​​Thailand and Cambodia.

Neumann’s memory of the visa processes didn’t match the backpacker’s, so he started researching Neumann.

“His posts only go back to March, he’s never in the photos and they all look like stock photos,” he said.

“Family vacation photos are all filtered to the point that they look like watercolors.”

He then found his LinkedIn account, which had all the credentials he claimed to have.

Later that day, this hiker’s wife came across a Thing article on Wayne Eaglesome, which referred to a different spelling of his later alias “Alexander Newman”.

Eaglesome was jailed for two years and three months in October 2018 after a Thing the investigation revealed that he ran a business despite being banned from being a director.

In April 2021, he was charged with breaching his release terms after it was revealed he tried to rent a luxury apartment and promised to fill it with wealthy clients for $500 a night.

He twice failed to appear in court on these charges before fleeing the country.

“She clicked on the video, and we didn’t even have to play it. It’s Alex. One million percent, Alex…clear as day.

They told the hostel and their fellow backpackers. He said the hostel called police who said he was not on an Interpol list.

The backpacker couple returned to the same restaurant where they dined with Neumann and shared their stories about him, giving him the nickname “Hostel Hustler”.

Several of the backpackers had given their resumes to Neumann after he said he could find them jobs, and worried what he might do with the information.

Neumann, who had told the backpacker he was in Turkey for weight loss surgery, left the next day.

Several other backpackers also say they met Neumann in Bangkok shortly before his trip to Turkey.

A Norwegian backpacker said he was “very generous”, buying drinks and food for everyone in the hostel.

“He told a lot of crazy stories about his life, how rich he was.”

He claimed to have dined with the Norwegian king and queen and said he had medals from different royal families.

He told one of his friends that he was a lord and was about to become part of the royal family.

Another backpacker claimed Neumann recounted how he scammed airlines, hotels, and even obtained fake IDs.

Neumann’s Instagram showed off a lavish lifestyle with trips to London, Berlin, Tokyo, Brussels and Barcelona.

On April 21, he posted a message online, claiming to have purchased a new Mercedes “for the summer of 2022”.

“He just arrived at my house in Germany, and I’m delighted to take him for a ride. Who wants to join me?

A few days earlier, he had posted a photo of a plane ticket.

“A business class trip around the world that takes me to five countries in the next 20 days.”

He also posted that he wants to invest in a bar in Barcelona. He changed his account privacy settings after Thing approached him for a comment.

The phone number he gave to backpackers doesn’t work anymore either.

New Zealand Police said earlier they were aware Eaglesome was overseas, but had no further comment.

On Monday, a police spokesperson said there was “no new information we can share at this time.”

One man, many names