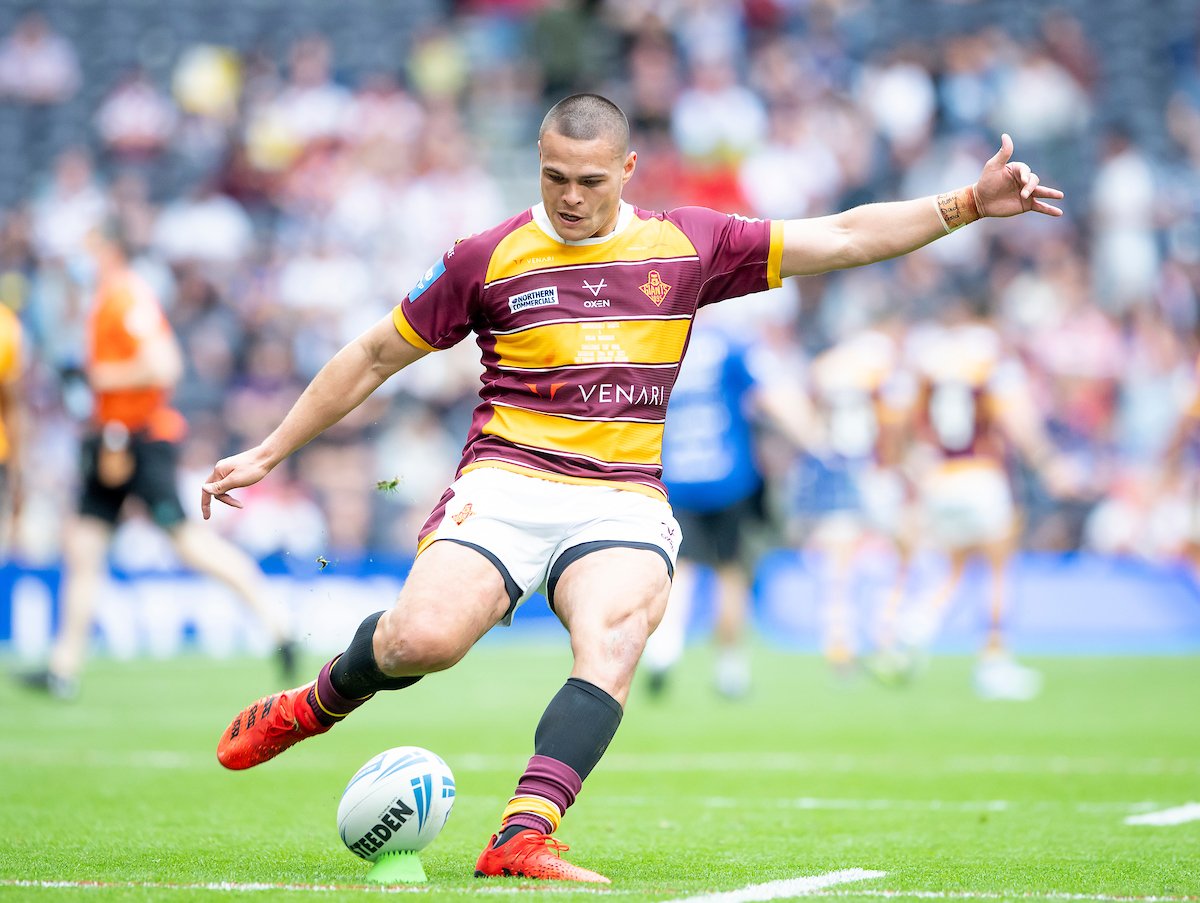 Tui Lolohea has emerged as one of Huddersfield Giants’ most potent attacking threats in 2022.

After leaving Super League rivals Salford Red Devils ahead of the 2022 season, Lolohea has become vitally important to Ian Watson’s side as they seek to cement a play-off spot heading into the end of the season.

But it hasn’t been easy for the Tongan international since moving to the UK.

Lolohea was one of three overseas signings to join the Rhinos from Leeds ahead of the 2019 Super League season as David Furner sought to inspire the Headingley club to glory.

However, this did not go to plan and throughout the first half of the season they were in danger of relegation as Furner was sacked and Richard Agar appointed.

And for Lolohea, stepping away from the Rhinos mid-season seemed like the best thing for both sides, with the Salford Red Devils deal being done quickly.

“Coming to Leeds was a huge thing, me, Konrad and Trent were the faces of Leeds,” Lolohea told the Say Less podcast.

“On paper we had an average squad, but we were facing relegation – we were even down at one point in the middle of the year and we were just not winning any games.

“I came back to New Zealand to play a game for Tonga and my agent called me and told me about a move to Salford.

“When I came back I went to Leeds and packed my things and signed for Salford at the weekend and was playing for them the following week.”

It’s fair to say that move to the AJ Bell Stadium launched his career which had looked so successful in the NRL with the Wests Tigers and he helped the Red Devils to a Super League Grand Final in 2020.

And, reunited with Ian Watson at Huddersfield, the Giants are well placed for their own tilt at Old Trafford in 2022.