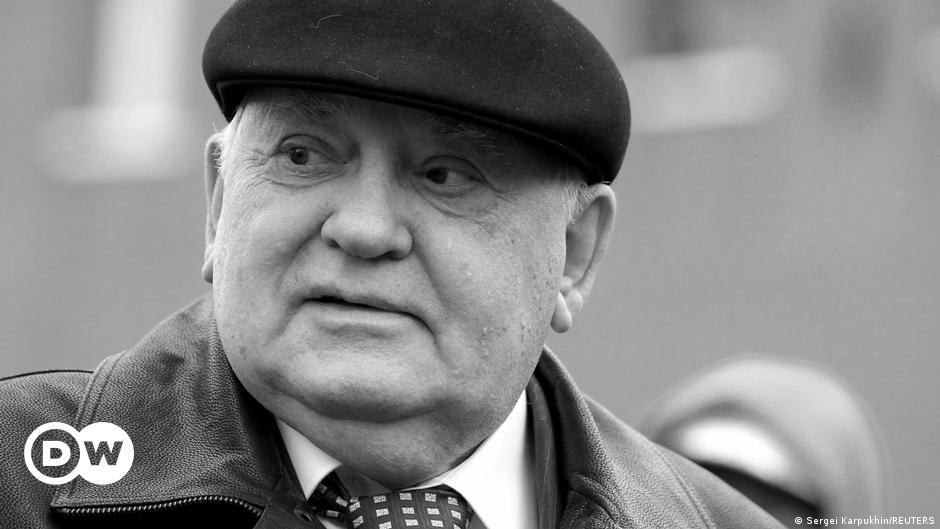 At the end of March 2008, when I was in an advanced stage of my pregnancy, I flew from Frankfurt to Moscow. There was no way around it because I had long been committed to working on a film about the Berlin Philharmonic Orchestra. The Berliners were due to play on May 1 of that year in Moscow; Russia was still quite European at the time.

My stomach was as big and heavy as my suitcase, which I dragged up the stairs to the plane. “Davayte, let me help you,” an older male voice said behind me. Without thinking too much about it, I passed the suitcase and climbed the last steps.

At the entrance to the plane, the entire crew was at attention: the captain, the second captain, all the air hostesses. Why? Was it for me? I wondered, a little disturbed, even though I knew that Lufthansa Airlines allowed me to fly at this stage of my pregnancy.

But then I heard: “Mr. Gorbachev, it is an honor for us to welcome you on board,” the captain greeted. I turned around – and lo and behold, I recognized my carrier, it was the last ruler of the Soviet Union, where I was born.

“Well, that reconciles me with him to some extent,” my father said when I arrived in Moscow and told him about the bizarre encounter. Like most of his social class and his generation (composer, born in 1938), he shares the dissatisfaction, even the aversion, towards Mikhail Sergeyevich Gorbachev.

They resented everything Gorbachev did: his supposed distance from culture (he was indeed not a fan of theater and concerts), his unheroic appearance, his southern Russian dialect, considered uneducated.

Even his fight against alcohol consumption won him no friends, neither among the workers and peasants, nor in the intelligentsia. Instead, in this arena, the charismatic drunkard and first Russian president Boris Yeltsin drew many more sympathy points.

And, in any case: a communist apparatchik as a bearer of freedom? People didn’t want to believe and accept that. Instead, people wanted to think it happened to Gorbachev “by mistake” – just as it did about the collapse of the Soviet Union and the reunification of Germany.

It is also a fact that the dawn of glasnost and perestroika brought not only freedom to many cultural creators, but also the collapse of their own laboriously constructed little world as well as economic ruin. Wages and salaries fell dramatically; savings were swallowed up by rapid inflation. Theaters had no money for new productions; the film industry was a wasteland; the concert industry was almost non-functioning.

So, as an artist, the relatively well-to-do Soviet citizen with a dissenting attitude, one was degraded to being a loser who couldn’t feed his family. Depression became commonplace; a wave of suicides swept through cultural circles.

The situation in the cultural capitals, Moscow and St. Petersburg, was already bad enough, but it was even more dramatic in the provinces. There, the cultural industry practically came to a standstill for years, even decades.

Freedom and its price

On the other hand, they had it now – the freedom they longed for.

A flood of books flooded the country. Everything that had been banned or was barely readable, authors like Solzhenitsyn and Pasternak, Zinoviev and Zamyatin, Shukshin and Voinovich – everything was suddenly, readily available for purchase. In 1988, censorship was officially abolished. “The Gulag Archipelago” and “Doctor Zhivago” prominently displayed at checkouts – who would have guessed?!

Previously forbidden manifestations of Western culture have also sprouted like mushrooms. “Video lounges” were created, private mini-cinemas in which Hollywood films were shown on VHS tapes in appalling quality. And the music of the German group Modern Talking has also come out of children’s bedrooms, much to the dismay of parents.

He was popular in Germany: Gorbachev in June 1989 on the balcony of the Alten Rathaus in Bonn

We are the children of perestroika

What doesn’t kill you makes you stronger, the saying goes. Russian culture also recovered and flourished in the 1990s.

Gorbachev was no longer president; the Soviet Union had disappeared.

New authors such as Pelevin, Yerofeyev and Parshchikov emerged from the troubled ocean of Russian literature.

The visual arts, long isolated, were connected to the rest of the world.

New exhibition platforms — such as the branch of the Ludwig Museum in Saint Petersburg — are created and offer impressive spaces to present contemporary art to the public, after having long been hidden in cellars and back rooms.

The alternative scene flourished; the new Russian film industry is also regenerating and reflecting the country’s upheavals from the mid-1990s.

Russia only got two decades of freedom. The breadth of Gorbachev’s reforms can only truly be appreciated in contrast to the severe restrictions on freedom in Russia today. His death feels like the extinction of the last ray of hope, like the beginning of eternal darkness.

Oh, that’s right… My suitcase?! A colleague said I should auction it off. But I prefer to keep it – as a memento of the last president of my country, who simply took a plane and flew from Frankfurt to Moscow without any security guards or snipers.

This article was originally written in German.