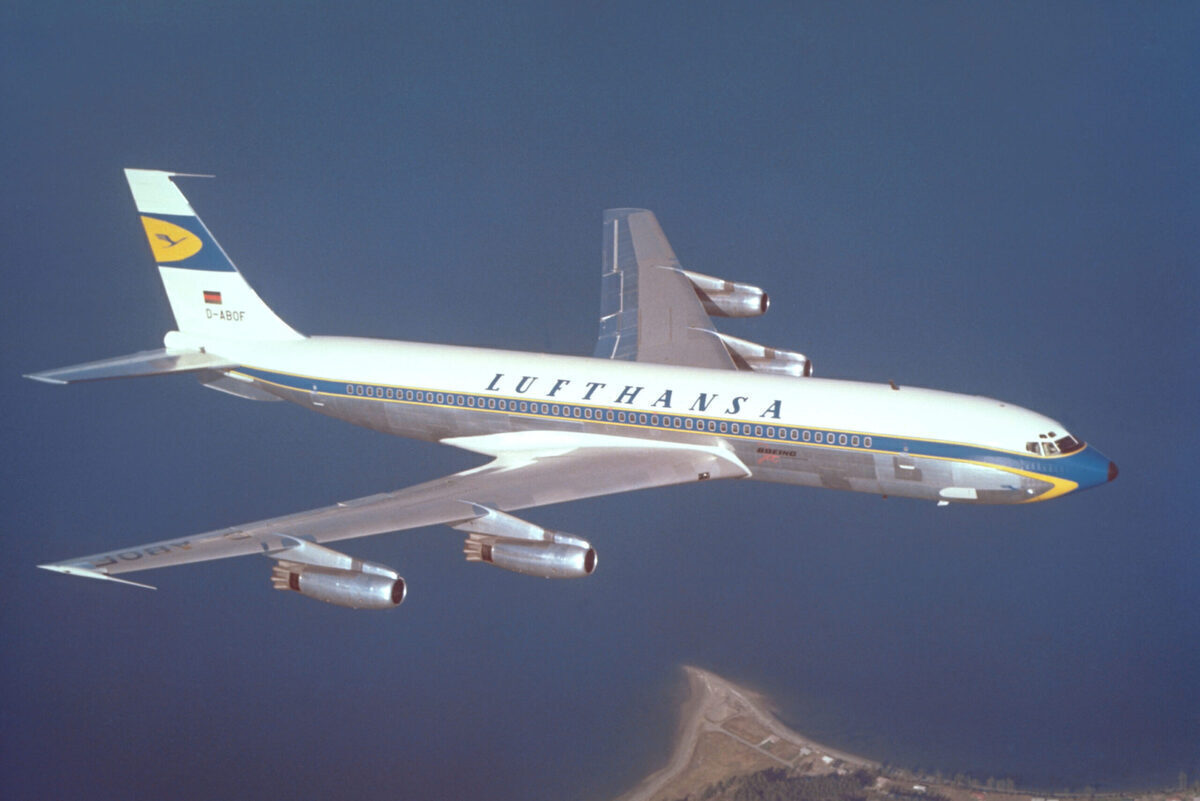 
A historic Boeing 707 that was kept at Hamburg Airport was towed through the airfield. Tomorrow, work will begin on scrapping the aircraft before the parts go to auction later this year. An unsuccessful effort to save the plane raised € 8,000 ($ 9,750) to pay for the cost of storing and maintaining the plane.

There are very few intact Boeing 707s left on the planet. Unfortunately, the number continues to drop. Last month, work began on scrapping another Boeing 707 in Lufthansa colors, located at the former Berlin Tegel Airport. Today, a Lufthansa Boeing 707 is about to meet its fate.

Today, after 60 years, the Boeing 707 formerly registered D-ABOD begins its last trip. The trip began with a tug that picked up the aircraft from where it was parked at the edge of the airfield. The trip began on grass before the aircraft reached the end of runway 05-23.

The aircraft was then driven onto the runway, before leaving it on taxiway A1. He was then lowered from taxiway Z1 to position 65. According to the group that had tried to save the plane, he will remain there until tonight. After that, it will be towed a short distance down the south ramp to stand 48. Here it is to be dismantled, according to reports.

after 61 years, the last trip of @lufthansa # B707 D-ABOD at the scrap corner of Hamburg airport today, dismantling will start tomorrow 😥- what a pity!
the end of the last B707-430 with RR Conways… pic.twitter.com/bINOp4YIdZ

Once the plane is scrapped it will live, but not as many had hoped. Dechow will be enlisted to sell parts of the aircraft deemed particularly interesting. These could include things like the airplane controls. The rest will be recycled.

So how did Hamburg end up with a 60-year-old Boeing 707? After 15 years with Lufthansa, the plane had already made its last flight. Despite this, he remained with Lufthansa. The aircraft was transferred to Lufthansa Technik who used it for training for another 15 years.

At 40, the plane was too old to train Lufthansa employees. Again, rather than being discarded, he got another life. Hamburg Airport bought the jet from Lufthansa Technik for just € 1 ($ 1.22), in an attempt to preserve the plane. Unfortunately, time caught up with the old one, with Hamburg making the decision to scrapped the aircraft as maintenance costs had become too high.

In Hamburg, the plane served as a film set, with an appearance in Bend It Like Beckham. At the time, it was in a special Hamburg Airport livery as it was also used as a museum piece in the installation. When dismantled, the aircraft will do so in the Lufthansa livery in which it was delivered, in 1960.

What do you think of the decision to scrap the ex-Lufthansa Boeing 707? Let us know what you think and why in the comments below!

“Never again”: the cost to taxpayers of the Tui oilfield clean-up balloons at $ 349 million