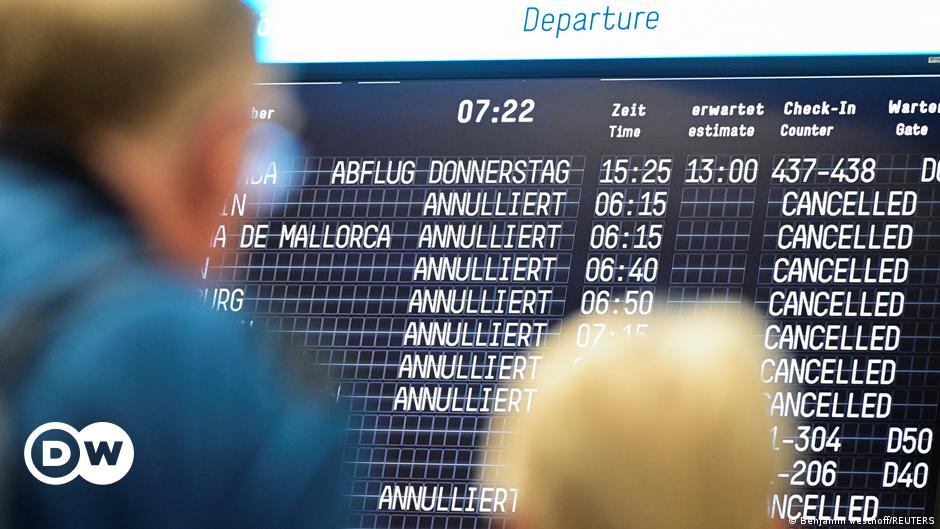 The pilots of the German airline Eurowings went on strike on Thursday, causing the cancellation of dozens of flights.

It is the latest strike to impact a German airline, with pilots demanding better pay in the face of rising inflation and more rest between flights.

What is the impact of the strike?

The strike will last all Thursday, ending shortly before midnight. Eurowings, a subsidiary of German carrier Lufthansa, plans to cancel half of its flights due to industrial action.

By Thursday morning, more than 150 flights had been canceled at airports in the German cities of Düsseldorf and Cologne.

The airline operates around 500 flights a day, so more cancellations are likely throughout the day. Around 30,000 passengers could be affected by the strike.

Eurowings mainly focuses on short-haul destinations in Europe and Germany.

Why was the strike called?

The Cockpit pilots’ union has called a strike after a tenth round of negotiations over a collective bargaining agreement at the airline failed.

The pilots are asking for a pay rise given the rising cost of living.

They also called for more rest time between flights for pilots, as well as a reduction in maximum working hours.

The industrial action follows a busy summer season at German airports. Staff shortages, illnesses and strikes prompted Lufthansa and other airlines to cancel thousands of flights over the summer.

Staff shortages have also caused long queues at airports, with frustrated travelers being asked to arrive up to three hours before their departure time to ensure they make it to the gate.

Lufthansa reached a pay deal with ground staff in August after a strike forced the airline to cancel more than 1,000 flights.