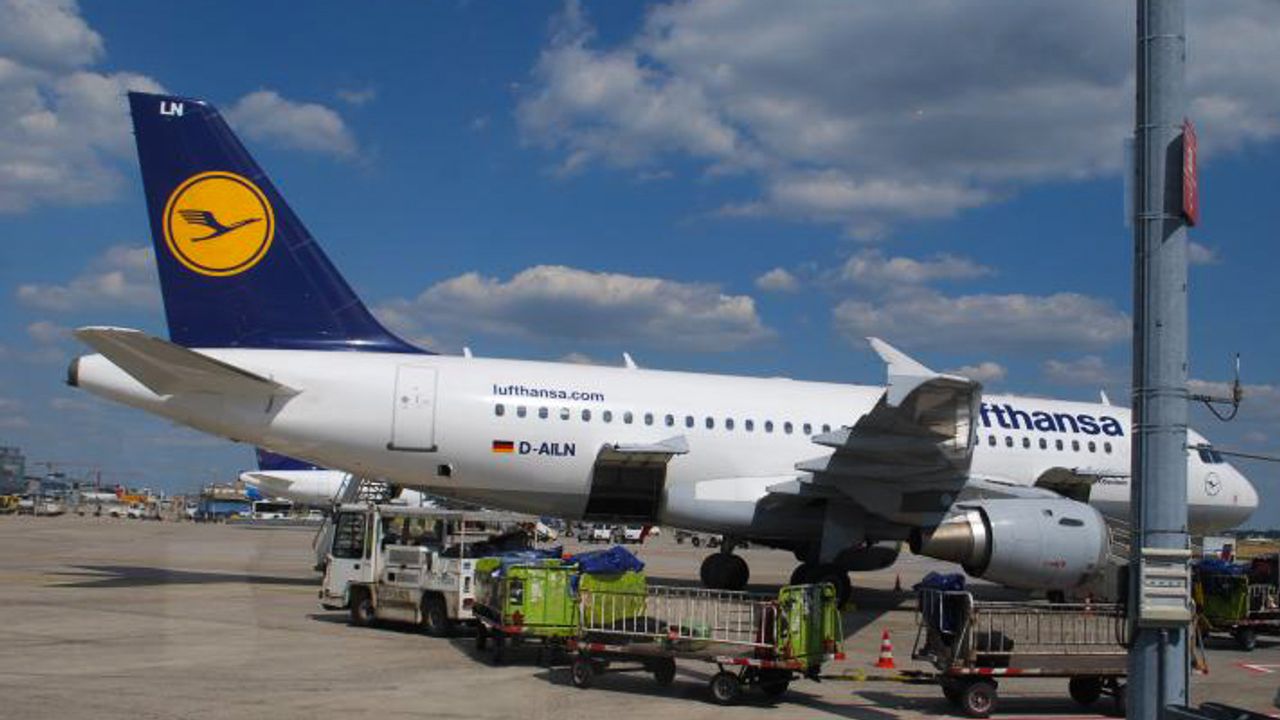 
Hundreds of Lufthansa workers demonstrated on Wednesday June 2 against the site closures and partial closures planned in the line maintenance operations of the German airline. Lufthansa Technik GmbH, a wholly-owned subsidiary of Lufthansa, plans to close its sites in Bremen, Düsseldorf, Hanover and Leipzig, while the closure of sites in Hamburg and Frankfurt is taking place in stages. Out of a total of 1,350 jobs, 780 are at immediate risk. Around 180 workers demonstrated in Frankfurt and around 230 in Hamburg against the airline’s job-cutting plan.

The layoffs at Lufthansa Technik sites are part of the massive restructuring plan implemented by Lufthansa, under the pretext of the coronavirus pandemic. In fact, the planned job cuts have long been waiting in the desk drawer of airline general manager Karsten Spohr. A Lufthansa spokesperson confirmed this, saying: “The air transport crisis of course makes it necessary to undertake changes, the need for which was already evident before the crisis.” Although Lufthansa received 9 billion euros last year from the German government’s COVID-19 emergency rescue plan, the company has destroyed 60,000 jobs worldwide.

the World Socialist Website has been warning for many months that the pandemic is not simply the product of a natural disaster. The explosive spread of the virus is a direct result of capitalist ‘profits before life’ policy, which aims to send workers back to dangerous workplaces and their children back to school. At the same time, hundreds of billions of euros have been pumped into large corporations and banks in the name of emergency coronavirus bailouts.

The bill is now being paid by the working class in the form of layoffs, factory closures and attacks on workers’ benefits guaranteed over decades of struggle. Lufthansa provides a prime example. In May 2020, its activity report reported a total of 138,000 employees, whereas today it is officially 110,000, or 28,000 less. Tens of thousands of additional jobs risk being destroyed, entire industries will be outsourced and collectively negotiated pay rates decimated. At the company’s annual meeting of shareholders on May 4, the board of directors confirmed its intention to cut another 10,000 full-time jobs, including mandatory layoffs. The stock market backed the plan, pushing up the price of Lufthansa shares.

While a job at Lufthansa once guaranteed a secure and well-paying job, the airline now practices flagrant wage dumping. This was pointed out in a recent Report Mainz on the closure of the subsidiaries of Lufthansa GermanWings and SunExpress Deutschland. Laid-off pilots and flight attendants try to be rehired by the newly formed company EuroWings Discover, but are either turned down or rehired on the basis of sweeping pay cuts and part-time contracts. Almost all new hires are temporary.

Under these conditions, workers need to take matters into their own hands. The WSWS and the Sozialistische Gleichheitspartei (SGP) propose the creation of grassroots action committees to cooperate between companies and national divisions to lead a fight against these attacks and for decent and secure jobs for all. To this end, the International Committee of the Fourth International, to which the SGP belongs, founded the International Alliance of Workers of Grassroots Committees. Its aim is to develop a conscious international movement of the working class.

This requires above all a break with the nationalist and essentially anti-worker orientation of the unions. All of the crisis contracts concluded at Lufthansa over the past year to impose layoffs, closures and wage cuts have been signed by unions active in the company. These include Verdi, VC (Cockpit Association) and UFO (Independent Organization of Flight Attendants). They all agreed to revenue cuts totaling € 1.3 billion last year, including the abolition of paid holidays and Christmas bonuses for ground and technical workers, as well as ” a salary freeze and the cancellation of all benefits until the end of 2021.

These voluntary reductions in billions of revenues were described by the World Socialist Website as “a new dimension of trade union clearance sales”. Union leaders are not workers’ representatives, but company co-managers. Christine Behele from Verdi is also vice-chairman of the supervisory board of Lufthansa. The unions have fully embraced the capitalist business model, placing Lufthansa’s competitiveness in the global market before the interests of workers and their families.

Already on April 6, 2020, the unions published a declaration of loyalty to the “Dear Herr Executives” of German Lufthansa, in which they explicitly declared their “support for all measures necessary to stabilize our company in these difficult times”. The IGL (Industrial Air Traffic Union) and TGL (Technical Air Travel Union) also signed this document of total surrender.

The rallies held last week in Frankfurt and Hamburg are part of the unions’ strategy to stabilize the company. On the one hand, they aim to hide the fact that union leaders have long accepted and sanctioned job cuts and site closures. On the other hand, they serve to control the growing anger within the workforce.

Verdi, who called the protests, said he was surprised at the prospect of forced layoffs and accused Spohr of making “bad business decisions”. Verdi’s trade union secretary Uwe Schramm made this point in a press release from Verdi in the state of Hesse. At the same time, he harbored illusions about the German federal government, saying it was working “at all levels during the current coronavirus crisis to keep Lufthansa and its jobs going.”

Workers must interpret this as a declaration of hostility to their interests. The reality is that the federal government of the Grand Coalition has nothing but contempt for the interests of working people. Its ruthless “profits before life” policy has resulted in nearly 90,000 coronavirus deaths in Germany alone. Attacks on Lufthansa are also encouraged by the government. The government has even previously called for job cuts to be imposed at an even faster pace.

The unions support this course and do everything in their power to pit workers from different factories, companies and contractors against each other and divide them. At one of the airports, Verdi bitterly complains that Lufthansa has outsourced the Line Maintenance division for EuroWings at its main site in Düsseldorf to an external competitor of Lufthansa Technik.

The plight of WISAG workers at Frankfurt Airport demonstrates the consequences this will have for workers at suppliers, service providers and subcontractors. Service company WISAG, controlled by Frankfurt oligarch Claus Wisser, is expert in exploiting the pandemic for ruthless and illegitimate layoffs planned long before the crisis. At the end of last year, WISAG laid off 230 experienced workers, who had worked at the airport for 20, 30 and even 40 years, throwing them out on the streets with ridiculous compensation of € 3,000 or € 4,000.

Under the slogan “Today we, tomorrow you”, a group of these workers started the fight against their dismissal and organized a series of rallies and an eight-day hunger strike at Terminal 1 of Frankfurt Airport. WISAG workers laid a black funeral wreath. outside Verdi’s headquarters because the union did nothing to protect their jobs.

Since then, it has been revealed that a second company in the WISAG group is making redundancies. At Aviation Services GmbH (ASG), 87 workers were made redundant. The people targeted are precisely workers who have decades of experience at the airport, and have been offered ridiculous “social plans” like the workers at WISAG.

At ASG, unions affiliated with the Confederation of German Trade Unions (DGB) have shown that they serve the interests of business and the capitalist profit system, not those of workers. At ASG, which is responsible for cleaning the interiors of planes, workers are part of the IG Bau union. The union wrote an online letter in which it said it was aware of impending layoffs since July 2020.