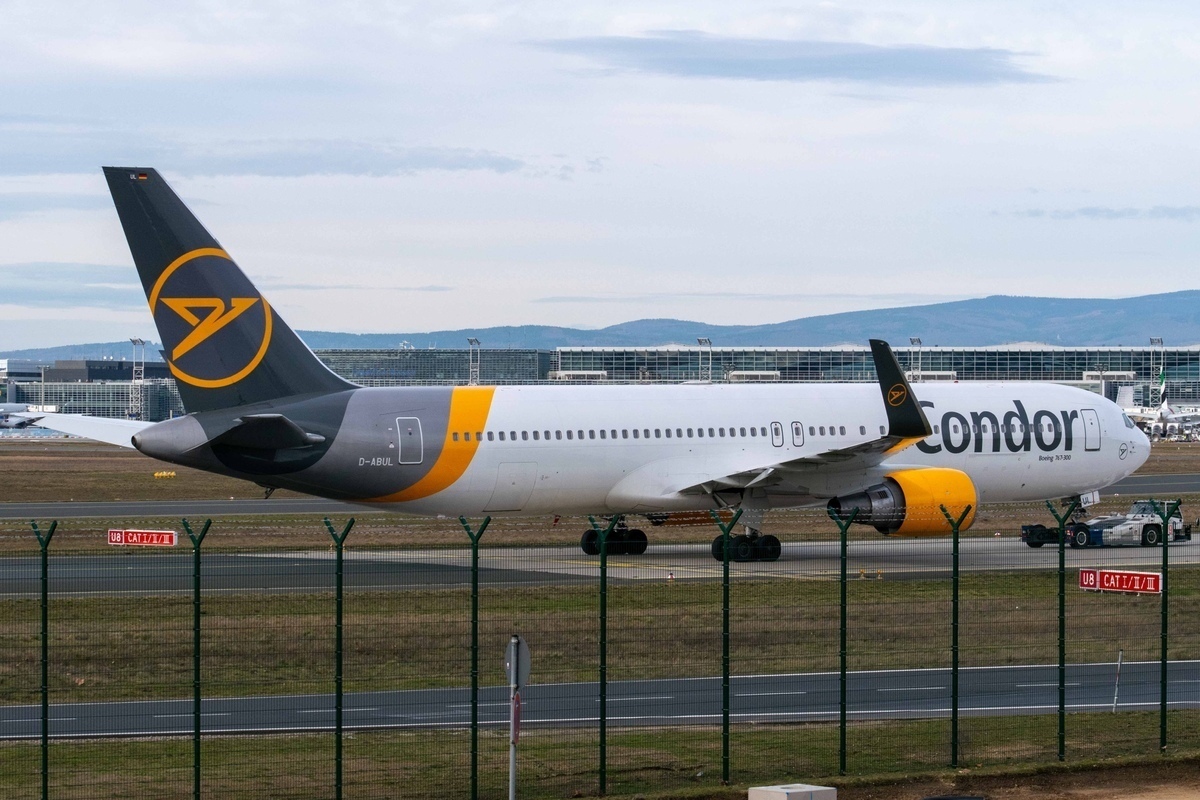 German Condor to retire another Boeing 767

German leisure airline Condor will retire another of its aging Boeing 767s. Most of the airline’s 767s are leased, and as the lease expires, the airline has chosen not to renew. This is the second 767 to retire from Condor this year.

In January of this year, Condor confirmed that the first of its Boeing 767s would leave its fleet. The aircraft, registered D-ABUL, was leased to the airline in 2012. When the lease expired, Condor announced that it would withdraw the aircraft. The Boeing 767-300 is now registered N664GT with the American airline Atlas Air.

At the time, Condor had only hinted that it would withdraw its fleet of 15 Boeing 767s, claiming that only D-ABUL would be leaving the fleet due to the end of its lease. However, it looks like the same fate is on the cards for more Condors 767s.

According to AeroTELEGRAPH, a second aircraft will leave the fleet in the fall. The airline hasn’t confirmed exactly which plane it will be, but with five 767s over 28 years old and three over 27 years old, it could be any of them.

An overhaul of the fleet

Although the airline has not confirmed that it will be phasing out all types, it will likely look to replace them in the next few years. The youngest of his 767s are still over 20 years old.

Investment firm Attestor bought 51% of the airline earlier this year and immediately started talking about the airline overhaul. The airline now has a budget of 250 million euros ($ 305 million) to renew its fleet, including replacing the aging 767s. It also operates 13 Boeing 757s with an average age of 22; six are currently not in service. According to ch-aviation.com, the airline also operates 10 A321s and 12 A320s.

Condor was the unlikely survivor of the Thomas Cook collapse, and now he’s found a buyer amid one of the most turbulent times in aviation history. The airline seems to be lucky on its side. However, it is not quite out of the woods yet.

EU competition watchdogs have yet to approve the takeover, although so far there is no indication that things are going wrong for the airline. Although the airline took a heavy blow, one of Ryanair’s legal challenges has been granted. An EU general court ruled that the German government’s loan of 550 million euros ($ 670 million) to help the airline deal with the pandemic was unfair. The airline also received a â‚¬ 380m ($ 454m) loan in 2019 to keep it alive after Thomas Cook went bankrupt.

Condor therefore certainly has a long way to go before purchasing new aircraft becomes its top priority. But it looks like the fleet renewal process has already started. With a 767 already retired and another in a few months, it’s likely that more will follow. Most of the airline’s 767s are leased and will be replaced when the leases expire. So for now, the only question is, what should the airline replace the Boeing 767s with?

Which Condor aircraft do you think should choose to replace its aging fleet? Let us know your thoughts in the comments.