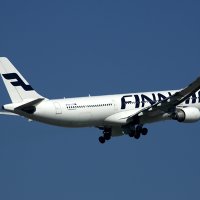 Finnair and qatarairways decided to work closely together to improve connections between Scandinavia and Asia via Doha (DOH).

As part of the agreement, Finnair will introduce daily Airbus A330 services from Helsinki (HEL), Stockholm (ARN) and Copenhagen (CPH) to Doha, connecting the markets with connecting flights on Qatar Airways.

Finnair has been particularly affected by the COVID-19 pandemic and the closure of Russian airspace following the invasion of Ukraine. The airline had made Europe-Asia routes a strategic priority for many years, taking advantage of the geographical location of its Helsinki hub. But with many Asian markets slowly opening up during the pandemic, Finnair has not been able to recover long-haul capacity to the same extent as other European airlines. Avoiding Russian airspace has made it impossible to serve many former Asian markets.

The qatarairways The alliance is part of a wider strategic renewal that Finnair CEO Topi Manner announced several months ago, the details of which are due to be revealed in the fall. The airline has launched new services to Dallas and Seattle in a bid to deploy more of its long-haul capacity on North Atlantic routes. Finnair also leases three Airbus A350-900 at Eurowings Discover, Lufthansa the Group’s new long-haul leisure carrier.

Finnair has a wide-body fleet of 17 A350-900 and eight A330-300. The new agreement with qatarairways will provide decent use for three of the eight A330. Finnair recorded an operating loss of 84 million euros on sales of 550 million euros in the second quarter of 2022.

qatarairways and Finnair said they will share passenger and cargo capacity in the services and also plan to expand the cooperation to include other European markets. Codeshare will be introduced on routes beyond Helsinki and Scandinavia and beyond Doha to approximately 100 destinations in the Middle East, Africa and Asia-Pacific.

Both airlines are members of the oneworld alliance.

US billionaires will become the biggest investors in European football