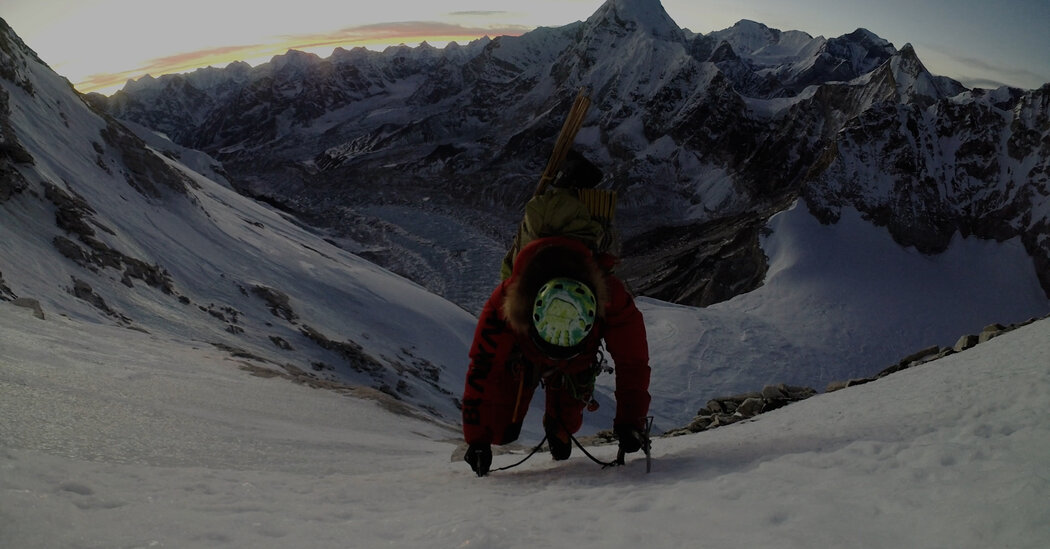 Kobusch, with his penchant for long, lonely and daring climbs, tries to climb even higher.

Not only does he climb in winter and alone without supplemental oxygen, he attempts to reach the summit of Everest via the West Ridge, a path far more dreadful than the two most common routes, which nearly 98% of searchers in vertex use. Kobusch has to deal with sheer walls, bullet-hard blue ice as steep as a church spire, and a final ravine of ice, rock and snow – called the Hornbein Couloir – in which only a few people have already set foot.

“Doing a course that’s never been done before in winter is another way of doing something for the first time,” Bierling said. “What Jost is doing is very difficult technically, and he is doing it completely on his own. If he catches up, he will be standing on the same peak as everyone else. But the way he gets there – you can’t really compare it, it’s so different.

Climbing Everest on its own is not a departure for Kobusch, but a continuation of his trademark style. In 2016, after climbing Annapurna I (26,545 feet) solo, he decided he was looking for an even more monastic and remote experience.

“Other people were climbing the mountain on the same day,” he said of Annapurna. “I was looking for the real wilderness.”

In 2017, he found it. Kobusch climbed Nangpai Gosum I (24,019 feet), which was then the fourth highest unclimbed peak in the world, alone. “Then I went for that raw space on 8,000 meter peaks, for the toughest and biggest project I could imagine,” he said. “And it was pretty obvious. It was Everest.

This is the second time he has attempted to climb the western ridge of Everest in winter solo, after a first attempt in the 2019-20 season. During this attempt, he reached an altitude of 24,167 feet before turning back. Either way, his solitary experiences were as different as it gets from the mainstream Everest most people know.